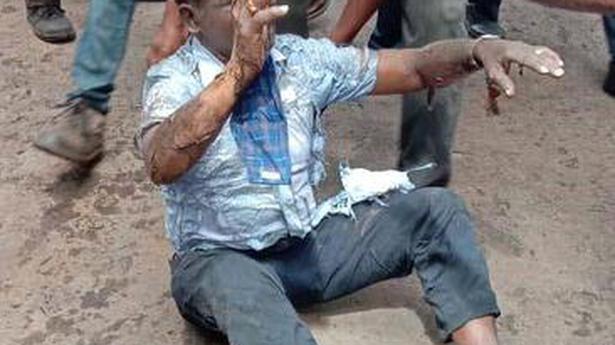 A day after six contract workers were killed and 16 others were injured — 11 of them critically — in a massive boiler explosion at Unit V in Thermal Power Station-II, an internal inquiry committee, headed by Director (Power) of NLCIL, Shaji John, launched its probe into one of the worst accidents in the Navaratna Public Sector Undertaking (PSU) under the Ministry of Coal.

A senior official of NLCIL, on condition of anonymity, said that the committee members inspected the site of the accident in Unit V. “The committee held enquiries with contract workmen and permanent employees who had reported for work on the night shift on Tuesday, and those from the first and second shift on Wednesday. The committee will investigate and ascertain the cause of the accident. It will also investigate whether there were any lapses in security measures,” he said.

Denying charges made by trade unions that NLCIL had put its employees and workmen at risk to meet its own power targets, the official said that the boilers were covered by special laws and the PSU had followed all the mandatory inspections and safety protocols. The boiler at Unit V was certified by the Inspector of Factories, Tiruchi and maintenance works were carried out regularly in the event of punctures. All the boilers in NLCIL are inspected and certified every year.

“We have handled both simple and complex accidents and the committee will also look at the equipment, log book which contains details and the box up procedures in the boiler to check whether all features were working and intact,” said an official.

The accident happened at Unit V. TPS-II has a total capacity of 1,470 MW. The plant has seven units of 210 MW each. Unit V had shut down after it tripped on Tuesday night. Preliminary investigations revealed that the workers and employees were attempting to revive the unit when a fire reportedly broke out in the boiler, resulting in the explosion.

The formalities for getting e-passes for officials appointed for the high-level enquiry is also under way. P.K. Mohapatra, retired Director (Technical) of National Thermal Power Corporation (NTPC) will begin his investigation into the accident shortly, the official added.

Meanwhile, talks are under way between senior officials of TPS-II and trade union representatives to finalise the quantum of compensation for the victims. An official said that NLCIL had already agreed to provide compensation of ₹25 lakh each to the next of kin of victims and a job to one eligible member from each family.

Previous articleInvest in the green economy and we’ll recover from the Covid-19 crisis | Joseph Stiglitz
Next articleHyundai Verna: this 2020 facelift ticks a lot of boxes