Not So Appy | Chinese Apps Among the now-banned apps are video-sharing giant TikTok as well as Weibo and Baidu Map and Translate.

On June 29, India’s ministry of information technology blocked 59 Chinese apps, which, in its words, were ‘engaged in activities prejudicial to the sovereignty and integrity of India’. Telcos will already be taking the necessary steps to carry out that directive. Among the now-banned apps are video-sharing giant TikTok as well as Weibo and Baidu Map and Translate. 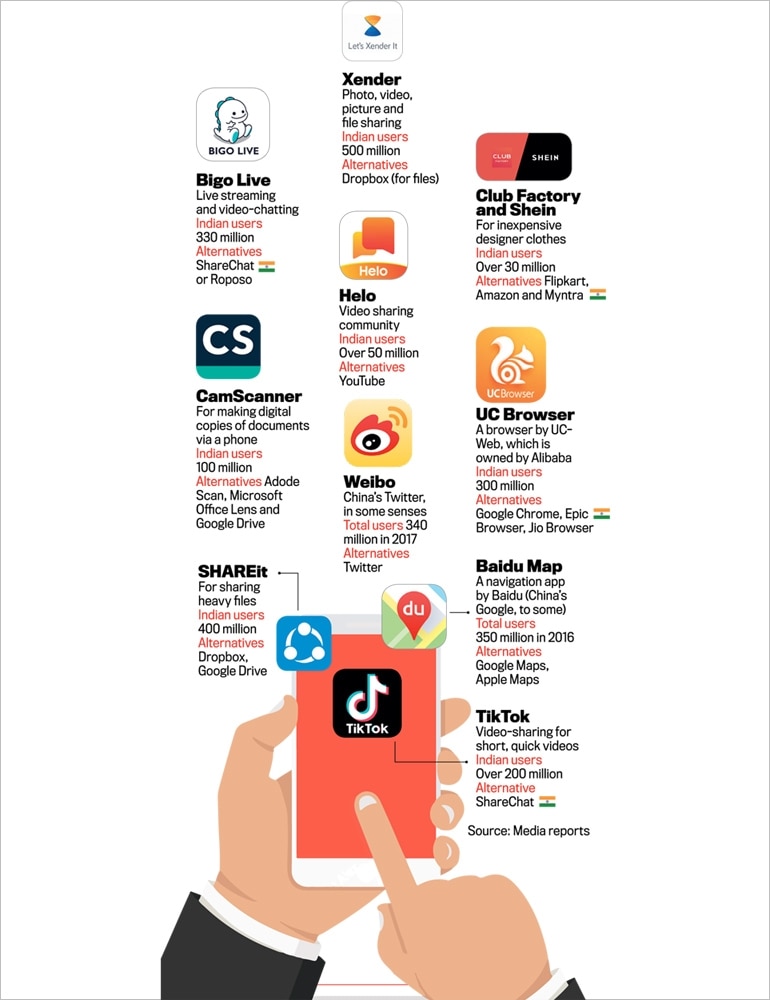 According to The State of Mobile 2019, a report by App Annie, a firm that tracks this sector, India saw a 165 per cent increase in app downloads between 2016 and 2018. Apps are a major business across the border: in 2018, firms based in China generated 32 per cent of global consumer spending, about $19.6 billion, via apps. That same year, many of the top apps downloaded in India (from both the iOS and Google Play stores) — like UC Browser, SHAREit, TikTok and Vigo Video — came from firms with Chinese investment.

IndiaToday.in has plenty of useful resources that can help you better understand the coronavirus pandemic and protect yourself. Read our comprehensive guide (with information on how the virus spreads, precautions and symptoms), watch an expert debunk myths, and access our dedicated coronavirus page.
Get real-time alerts and all the news on your phone with the all-new India Today app. Download from
Previous articleToying With India? | Toys And Other Goods
Next articleThe Long Road to Self-Reliance | Automobiles