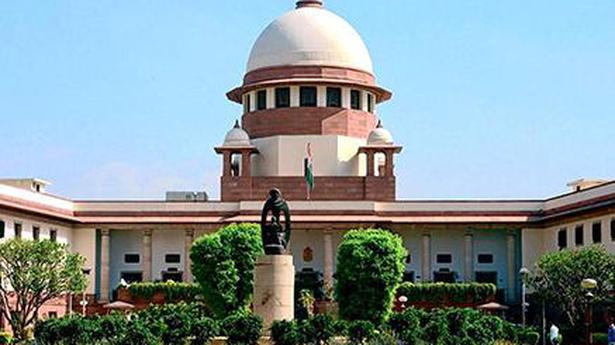 The Supreme Court on Monday asked the Madras High Court to go ahead and decide on merits of all petitions pending before it seeking 50% OBC reservation in the all-India quota seats for medical and dental courses in Tamil Nadu.

A Bench led by Justice L. Nageswara Rao found that the Saloni Kumari case pending with it regarding the grant of 27% OBC quota in terms of a Central Act could not impede the Madras High Court from deciding on the question of grant of 50% quota for OBC in Tamil Nadu on the basis of a State law.

The High Court is to start hearing the petitions from Friday.

The Supreme Court fully agreed with the arguments made by senior advocate P. Wilson that the pendency of Saloni Kumari case, which pertains specifically to OBC reservation in Uttar Pradesh, would not bar the Madras High Court from petitions specifically regarding reservation in Tamil Nadu.

The State agreed with Mr. Wilson’s submission that the High Court decision should be in time for admissions in the current year. There should not be any further delay.

At one point during the virtual hearing, Mr. Wilson argued that the “Central government in 2016 filed a counter affidavit in the Saloni Kumari case admitting that it is bound to give OBC reservations in State surrendered seats to the all-India quota. However, the same officer is still opposing the plea in the High Court. He argued that, therefore, the Central government is not honest in its approach and is illegally depriving tens of thousands of OBC students across the country”.

The court finally disposed of the batch of petitions, including one by the State of Tamil Nadu, filed against a June 22 order of the Madras High Court to keep in abeyance the petitions till the Supreme Court decided the Saloni Kumari case.

Tamil Nadu said the High Court had been completely misguided by the respondents, which include the Centre and the Medical Council of India. “Saloni Kumari case pertains to reservation for OBCs under seats surrendered to all-India quota by medical colleges located in the State of Uttar Pradesh and not to the rest of India or to Tamil Nadu,” the petition said.

An adjournment has made the Supreme Court’s liberty to the State to approach the High Court redundant, the petition had argued.

“It nullified the grant of such liberty because if the Supreme Court wanted the High Court to await orders in the case relating to Saloni Kumari, it would not have felt the need to grant liberty to approach the High Court,” the State had reasoned.

It had highlighted before the Supreme Court that the adjournment by the High Court may unwittingly delay the implementation of 50% reservation for backward classes and lead to same constitutional illegality being perpetrated in the current academic year, for which results were announced on April 1. It had warned that the admission process was in the second stage of counselling.