On Doctors’ Day, interns protest against non-payment of stipend at Tripura’s GBP Hospital 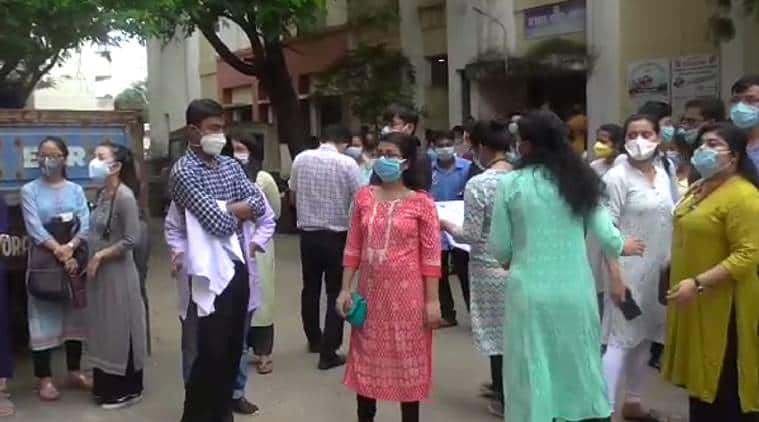 
Nearly ninety interns from different departments are currently serving at GBP Hospital after completion of their MBBS courses.

Agitated with non-payment of internship stipend for two months, around ninety medical interns of Agartala Government Medical College (AGMC) staged a protest in front of the office of Medical Superintendent Wednesday, on the day the state observed World Doctors’ Day.

The impasse was later resolved after assurance from the authorities to credit their pending stipends within a week.

Speaking to reporters, an intern said they were not paid stipend for two months. While admitting that hospital services suffered due to their non cooperation today, the intern, who did not wish to be named, said the step was taken to draw the attention of authorities.

“We are working for 16-29 hours a day. It is unfortunate that our stipend isn’t paid for two months. We had to go for ceasework and protest to make our voice heard”, she said.

Later this afternoon a team of senior officials of the hospital including Medical Superintendent Dr Debashish Roy spoke to the interns and assured to clear their dues by next week.

“These interns joined their internship duties some time back. It’s been two months since they were paid their internship. This is solely because it takes some time to process the first stipends. We have asked concerned sections to process the bill and the money will be credited directly in their bank accounts by next one week. The issue has been resolved and services are normal now”, MS Dr. Debashish Roy told this correspondent.

Nearly ninety interns from different departments are currently serving at GBP Hospital after completion of their MBBS courses. As per regulations, they are paid approximately Rs. 18,000 per month for the internship period of one year, which is a part of the course curriculum.