One-man judicial commission to probe killing of Dubey, his associates and Bikru ambush 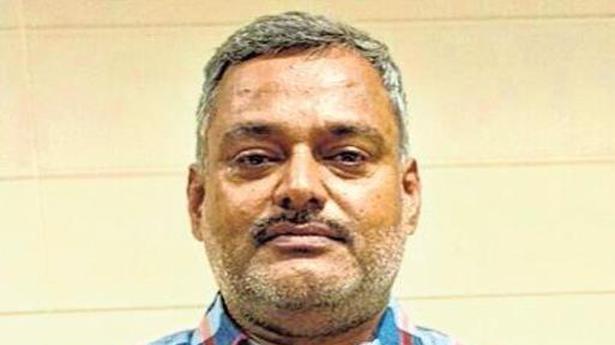 The killing of history-sheeter Vikas Dubey allegedly while trying to escape from police custody on July 10 would be probed by a single-member commission under a retired judge, the Uttar Pradesh government said on Sunday.

This comes a day after a series of petitions were filed in the Supreme Court seeking an independent probe into the killing of Dubey and his associates by the police following the Bikru shootout.

The commission would also investigate ‘intensively’ the ambush on the intervening night of July 2 and 3 at Bikru village as well as all the cases of ‘encounters’ between the police and Dubey’s associates, a government spokesperson said.

The incidents had become a “matter of public importance,” making a probe necessary, said a government spokesperson.

Eight policemen were killed in the Bikru shootout while five associates linked to Dubey were later killed by police in different parts of Kanpur and Etawah in alleged exchange of fire. One of them, Prabhat Mishra, was killed in circumstances similar to Dubey. While being escorted under transit remand from Faridabad to Kanpur, one of the police vehicles had a tyre burst following which Prabhat allegedly snatched a police pistol and while trying to flee he fired indiscriminately at the police team, police had said. He was then shot dead.

Retired Allahabad High Court judge Sashi Kant Agarwal will head the commission, which will be based out of Kanpur and will have to submit its report within two months.

The commission was formed barely a day after the State government on Saturday set up a Special Investigation Team (SIT) to probe the Bikru incident, the financial and criminal background of the accused and the role of Kanpur police, a day after the main accused Dubey was gunned down while allegedly trying to flee from police custody.

The SIT has been mandated to investigate the involvement of policemen in the incident as well as examine a full-year’s call detail record of Dubey and his associates and recommend “suitable and tough” action against policemen they were in touch with, if evidence was found against the men in uniform.

The SIT would also probe if the police committed any lapses in gathering information about the weapons and fire power possessed by the assailants on the night of July 2, and at what level this lapse occurred.