Online campaign for inclusion of Gondi in Eighth Schedule 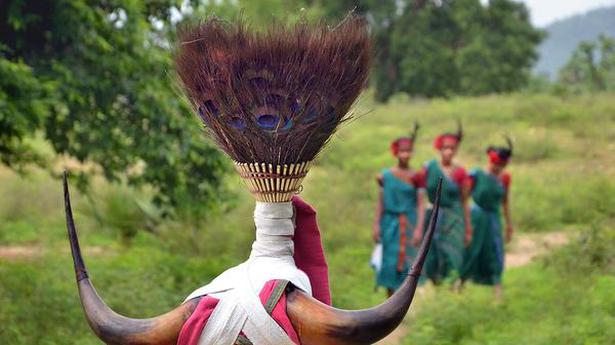 Social networking platforms have come in handy for Bhadrachalam-based Adivasi Sankshema Parishad (ASP) to run an online campaign to muster support for its long standing demand for inclusion of Gondi (Koya) language in the Eighth Schedule of the Constitution amid these unprecedented times of coronavirus pandemic.

The online campaign gains prominence amid the curtailment of social contacts and transit under the impact of the coronavirus pandemic.

The ASP and various other Adivasi organisations representing six States, including the neighbouring Andhra Pradesh, Chhattisgarh, and Odisha, are gearing up to observe the Gondi (Koya) Language Day on July 21. These Adivasi organisations have long been demanding official recognition of Gondi (Koya) language spoken by crores of Adivasis across the Gondwana region spanning several States in the country. The potential of social media platforms such as Facebook as effective communication tools to build public opinion for a social cause has been reinforced in the current times of pandemic induced crisis, said ASP convener Madivi Nehru.

“I am using Facebook and WhatsApp platforms to reach out to people and exhort them to consistently strive to achieve the goal of official recognition to Gondi (Koya) language,” he asserted.

The online campaign is intended to mobilise Adivasis to observe the “Vishwa Koya (Gondi) Basha Dinotsavam” in their respective villages in strict compliance with the physical distancing regulations to lend strength to the long-cherished demand for adding Gondi (Koya) in Schedule VIII of the Constitution.

A sustained campaign is the need of the hour to achieve this goal, he said, adding the online campaign will be intensified ahead of the “International Day of the World’s Indigenous Peoples” falling on August 9.