Home WOLRD Russia Painting Depicting Jesus as Black To Be Installed in One of UK's...
WOLRDRussia

Painting Depicting Jesus as Black To Be Installed in One of UK’s Greatest Cathedrals (St. Alban’s) 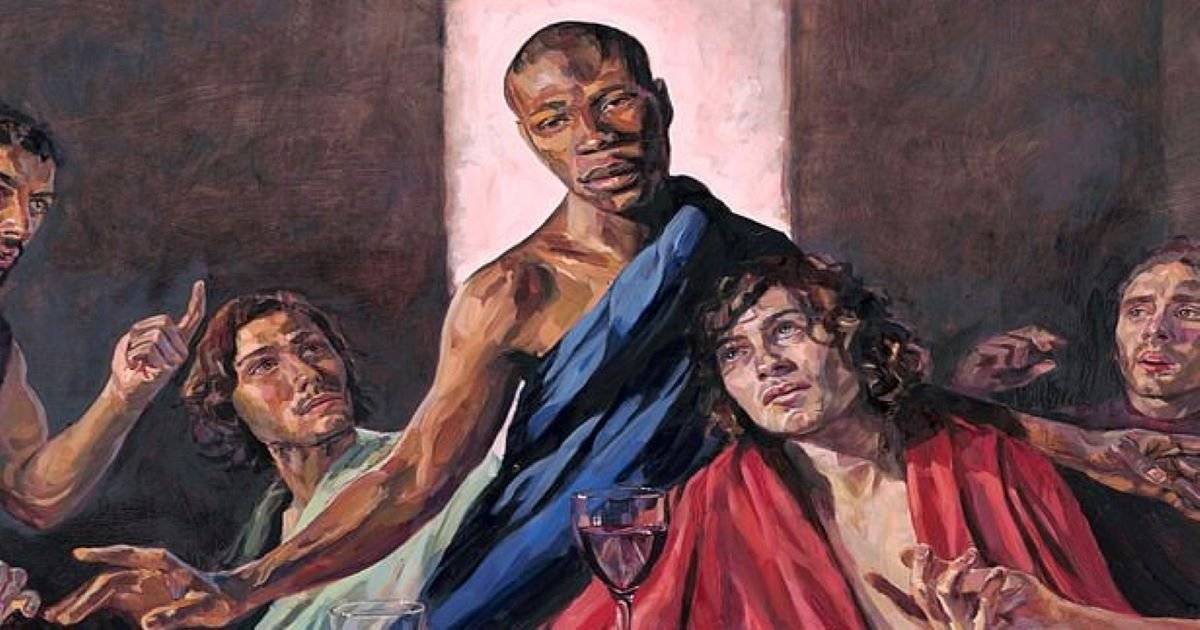 A painting of the Da Vinci-inspired Last Supper portraying Jesus Christ as a black person will now be installed in the UK’s St Albans Cathedral in “solidarity with the Black Lives Matter” campaign, the Daily Mail reported, providing the image of the art work in question.

The painting will replace a three-part piece depicting a scene from the Nativity featuring the Virgin Mary and baby Jesus. The new picture was created by Lorna May Wadsworth who painted the figure of Christ based on the image of Jamaican male model Tafari Hinds.

“The church is not in a strong position to preach to others about justice, racial or otherwise. But our faith teaches that we are all made equally in the image of God, and that God is a God of justice”, said the Dean of St Albans, the Very Reverend Dr Jeffrey John, commenting on the move. “Black Lives Matter, so this is why we have turned our Altar of the Persecuted into a space for reflection and prayer with Lorna’s altarpiece at the heart”.

According to the artist, her portrayal of Jesus was “just as ‘accurate’ as the received idea that he looked like a Florentine”.

“Painting the Last Supper altarpiece made me really think about how we are accustomed to seeing Jesus portrayed”, Lorna May Wadsworth argued. “Experts agree he would most likely have had Middle Eastern features, yet for centuries European artists have traditionally painted Christ in their own image”.

The St Albans’s announcement about its new installation was not however widely welcomed by everybody.

The development came shortly after the Archbishop of Canterbury Justin Welby, the most senior Bishop in the Church of England, told the BBC that the way Jesus is portrayed by the western church should be reconsidered.

“You go into churches [around the world] and you don’t see a white Jesus. You see a black Jesus, a Chinese Jesus, a Middle Eastern Jesus – which is of course the most accurate – you see a Fijian Jesus”, Welby argued last week.

Prior to this, a prominent Black Lives Matter campaigner, Shaun King, insisted that the statues depicting Jesus as a white European person “should come down” as being a “form of white supremacy”. His comment weighed in on the ongoing campaign targeting monuments of historical figures around the world allegedly associated with slavery and racial prejudice, following the death of African-American George Floyd in late May.