Patients irked by lack of transport from hospital after testing 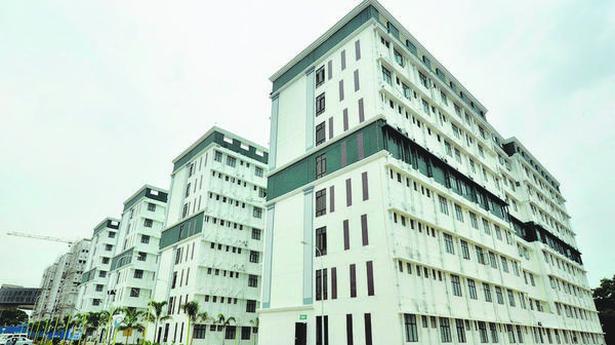 When people test positive for COVID-19, they are picked up from their doorstep and transported to the Government Medical College Hospital, Omandurar Estate, for further investigation. But once the investigation is completed, they are having to wait endlessly to get transported back home.

A week ago, Preetha (name changed), who had undergone the test on June 24, had been diagnosed as positive. While her eight-year-old daughter tested positive, her 13-year-old son was negative. Preetha’s husband is working in another city and could not travel owing to the lockdown.

Early last week, she complained of chest congestion following which she was advised to undergo investigations at the government hospital. She was picked up by an ambulance and brought to the hospital. After X-ray and scan, she was told to return home and remain in quarantine. But the hitch was that she did not have a vehicle to return home at Velachery. She asked officials in the hospital counter for transport, pointing out that she had been brought in by an ambulance. After nearly two hours of waiting, she was transported back home.

A few days earlier, eight patients who were picked up from various streets at T. Nagar had a similar experience. The patients were all asymptomatic, and asked to undergo home quarantine. Though their investigations had been completed in two hours, they waited for two more hours as no ambulance was available to transport them. One of the patients, a 79-year-old, said: “We took turns to speak into the mike in front of the counter. Finally as the oldest among the patients who travelled with me I said I will talk to them. I told them we had left home in the morning around 10 and the senior citizens all had different co-morbidities as well. We asked them to take us home immediately.”

According to her, the policemen offered to provide them food at this point, but she said, “It is not about food. We want to go home.” Finally the patients were dropped at home around 4 p.m., she added.

S. Smruthi, a resident of T. Nagar, had a similar experience. Four of her family members had tested positive, and were taken in an ambulance to the Omandurar hospital. After testing, they had to wait for two hours for a vehicle to drop them back home. They were told that the drivers had gone for lunch. They had left in the morning and returned around 5 p.m., she said.

Greater Chennai Corporation (GCC) officials said they had made arrangements for 80 ambulances to transport patients to hospitals.

“An ambulance is not used to transport patients from hospitals. Instead, we use 60 vehicles, including MTC buses, to take patients from hospitals to their homes for isolation. There may be a delay in taking the patients home. But we ensure that all patients get transportation to return home safely from the hospital. The delay is because of the increase in the number of patients. Vehicles are used to help residents reach 12 screening centres and hospitals,” said an official.

Recently, the Greater Chennai Corporation also launched 200 vehicles with a seating capacity of 10 patients each to transport patients under the supervision of the 200 sanitary inspectors of the city wards.