Playing with dogs may help toddlers in social and emotional development: Study 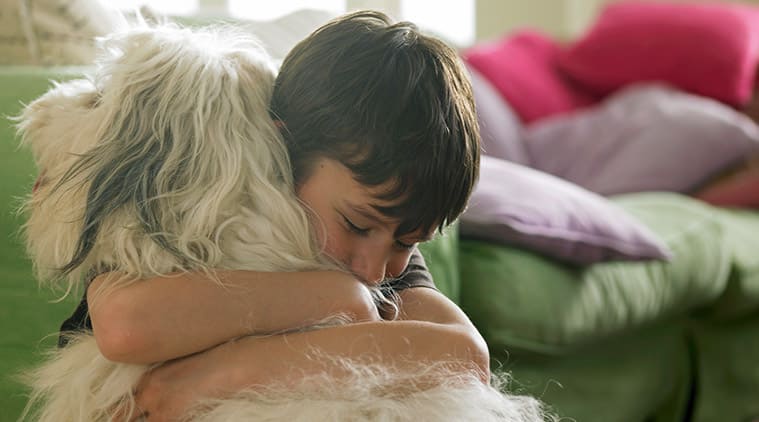 
Some parents resort to bringing home a pet to plug the void the child feels. (Source: Getty Images)

Having a pet at home is a stress buster, but a new study has emphasised on the importance of having pets, even for toddlers. Research published in the Pediatric Research journal found that children from dog-owning households were 23 per cent less likely to have overall difficulties with their emotions and social interactions than children who did not own a dog.

A team of researchers at the University of Western Australia and Telethon Kids Institute investigated 1,646 households with children aged two to five years, with a detailed questionnaire. According to the study, children with dog-owning households were 30 per cent less likely to engage in antisocial behaviours, 40 per cent less likely to have problems while interacting with other children and 34 per cent more likely to engage in inconsiderate behaviour.

“Our findings indicate that dog ownership may benefit children’s development and wellbeing and this could be attributed to the attachment between them and dogs. Stronger attachment between children and their pets may be reflected in the amount of time spent playing and walking together and this may promote social and emotional development. While we expected that dog ownership would provide some benefits to young children’s wellbeing, we were surprised that the mere presence of a family dog was associated with many positive behaviours and emotions,” said study researcher Hayley Christian from the University of Western Australia.

The study further understood how children who took their dogs on walk for at least once a week were 36 per cent less likely to have poor social and emotional developed. And children who played with their dog for more than three times a week were 74 per cent more likely to regularly engage in considerate behaviours. The authored of the study analysed data from 2015 to 2018 as part of the Play Spaces and Environments for Children’s Physical Activity (PLAYCE) study.