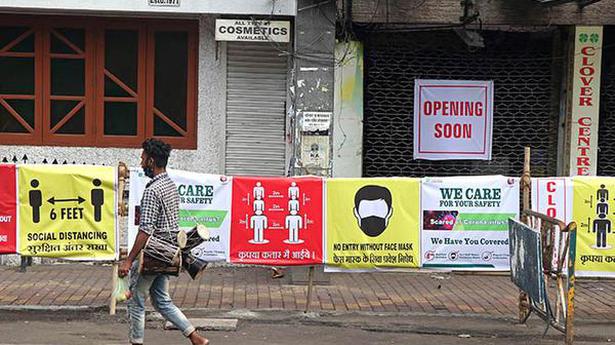 The Pune Municipal Corporation (PMC), in a move to ramp up its sample testing capacity and intensify screening in the wake of mounting COVID-19 cases, has tied up with several companies, including Microsoft, to tap into their corporate social responsibility (CSR) fund reserves.

Speaking to The Hindu, Rubal Agarwal, additional municipal commissioner and chief executive officer of the Pune Smart City Development Corporation Limited, said the PMC is looking to increase its testing capacity to 4,500 samples a day from its current capacity of 1,000-1,200 samples, in the next three weeks.

At present, anything between 1,000 and 1,200 samples are being tested per day in the city at a cost of ₹2,200 per sample, she said. “While those who can afford are paying, the PMC is bearing the expenses of ‘high-risk’ cases from slum clusters. We are reaching out to corporates and other establishments for assistance via their CSR activities.”

Ms. Agarwal said a number of meetings had been held with local representatives of technology majors like Microsoft and Google as well as agencies like the United Nations Children’s Fund (UNICEF) to ink deals.

“The meetings have been very productive. Microsoft has given ₹1.4 crore in CSR funds for testing 36,000 co-morbid patients in Pune city,” she said.

Ms. Agarwal said the funds were given as part of a special campaign run by the PMC for early detection to reduce the mortality rate among co-morbid patients.

The Microsoft CSR venture will see these co-morbid people being checked for body temperature, oxygen saturation, along with X-Ray and blood tests to enable early identification of the virus.

While Google has helped the PMC by supplying pulse oximeters, the civic body is on the verge of finalising a ₹1.5 crore proposal with the UNICEF to renovate Naidu Hospital – one of the vital COVID-19 treatment centres in the city.

Pune city has been witnessing an average daily surge of more than 350-400 cases in the last few days, taking the total case tally to more than 10,500, of whom around 3,500 are active cases. “We aim to increase the testing capacity at Sassoon General Hospital to 1,500 samples from the current 200. Furthermore, the National Institute of Virology’s testing capacity for samples within the PMC limits, which is currently 900, will be increased to 1,500 in the coming days,” Ms. Agarwal said.

She said facilities at the Indian Institute of Science Education and Research, Pune, which was hitherto not being tapped into, will be utilised for testing 200 samples daily.

Ms. Agarwal further said the PMC had made an adequate provision of ₹69 lakh in CSR funds that would be utilised in the coming days.