The question of whether films deserve to be a medium for preaching or social messaging has often split the communities of filmmakers and critics.

We can all agree to disagree over the pros and cons of such an approach for years to come, although it is pertinent to point out the fact that an eagerness to force fit a message into a film at the expense of filmmaking standards is a problem quite unique to Tamil cinema.

Ponmagal Vandhal is an example of this recurring problem. The film starring Jyotika has been in the news lately, stirring controversy for its decision to go for a digital premiere on Amazon Prime Video instead of the conventional theatrical release (theatres in India remain shut due to COVID-19).

Prima facie, the film’s plot suggests an intense courtroom drama lies ahead, with a woman taking on a corrupt system enabled by megalomaniacs.

Towards the end, however, it becomes evident that we have watched better drama inside a courtroom in Caught in Providence — you know from the viral clips on social media of a friendly judge tearing up parking and speeding tickets because the people accused were going through a hard time in their lives.

Set in Udhagamandalam, Jyotika, who plays Venba — a lawyer on a mission — in the film, is on a crusade, similar to some of her recent films.

The underlying issue in Ponmagal Vandhal is that of child abuse and rape, and how the system (with a metaphorical reference to our families) offers little or no space for the survivor to speak up.

Instead, they are slandered, shushed and shamed. When the justice system does listen, it asks them to bear the burden of proof.

A scene in the climax portion encompasses this larger message poignantly. Jyotika’s vacant eyes depict a victim whose soul has been drawn out of the person, and the scene is a crucial component in pushing Ponmagal Vandhal’s narrative.

Except, the film gets caught in a quagmire of inefficient writing. It aspires to be a whodunnit thriller but stops short by being predictable.

It also aspires to be a legal thriller but struggles to convince even a casual viewer of the legal validity of the arguments. It wants to be a courtroom drama too but meanders into being a monologue-heavy melancholy-inducing soap opera.

The base storyline revolves around Venba’s (Jyotika) fight to pull the sheets off a cover-up operation from 15 years earlier that was coordinated by the police department to benefit a wealthy kingmaker.

The crimes committed by two rich spoilt kids are whitewashed and is pinned on a woman, who was only trying to save her child. She is ruthlessly executed and the society is false fed information about her, which is lapped up as it plays into the community’s fears of outsiders.

When Venba takes up the case, the community turns against her. She is subjected to abuse and ridicule; the opposition attempts to systematically break her arguments in court. Whether or not she prevails makes up the rest of the story. 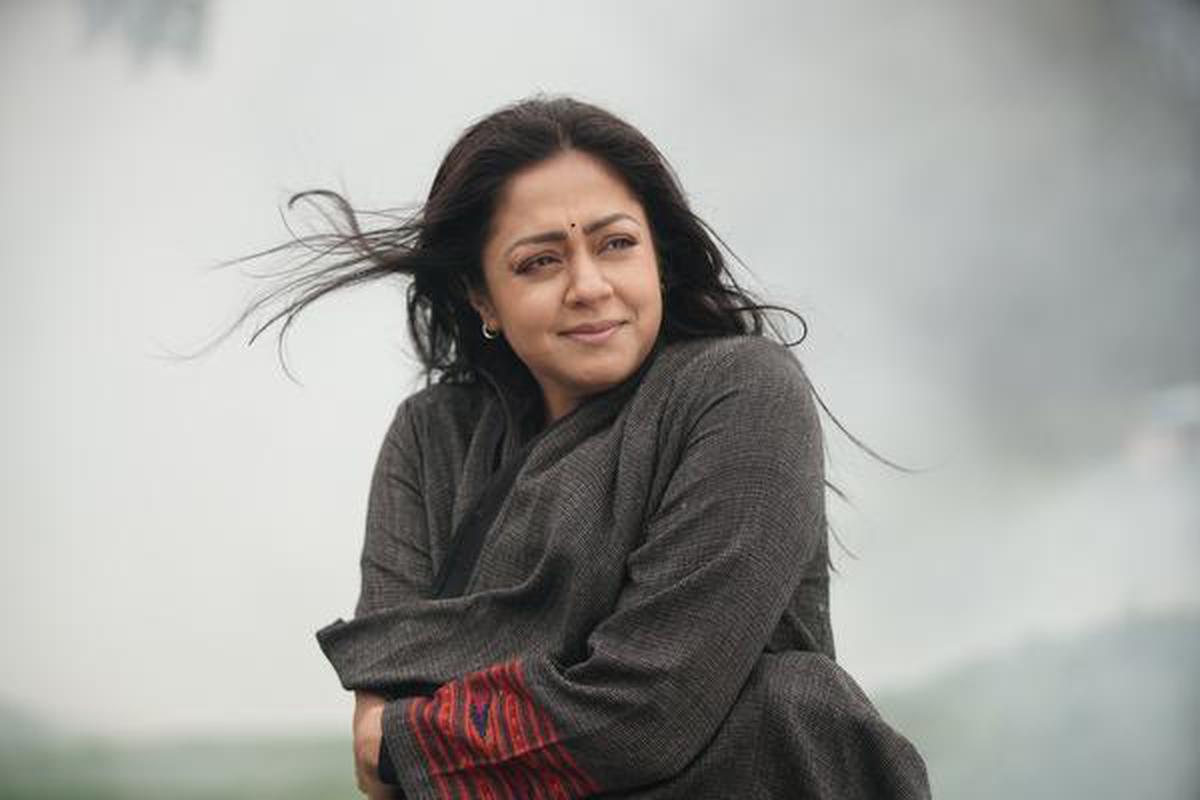 Ponmagal Vandhal holds a powerful line of messaging but falls prey to the Tamil cinema formula. There is nary a moment where the filmmaker (Fredrick) affords enough time for the viewer to lap up the emotions he presents.

We are not allowed to dwell on the community’s shock at having a cold case, one which shook locals to the core, reopened. We don’t have the time to help feel helpless for Venba when she is chastised by grieving mothers. These are missed moments.

The choice of supporting cast is interesting. K Bhagyaraj as Petition Pethuraj, R Parthiban as Rajarathinam, the prosecution lawyer, Prathap K Pothen as the judge and Thyagarajan as Varadharajan, the wealthy kingmaker.

Except for Parthiban, who puts in a superlative performance with a little help from his penchant for wordplay and puns, the rest of the supporting cast fail to leave an impression. Varadharajan, who we are asked to believe is evil incarnate, is unconvincing; his most threatening act is knocking a glass holding water off the table. 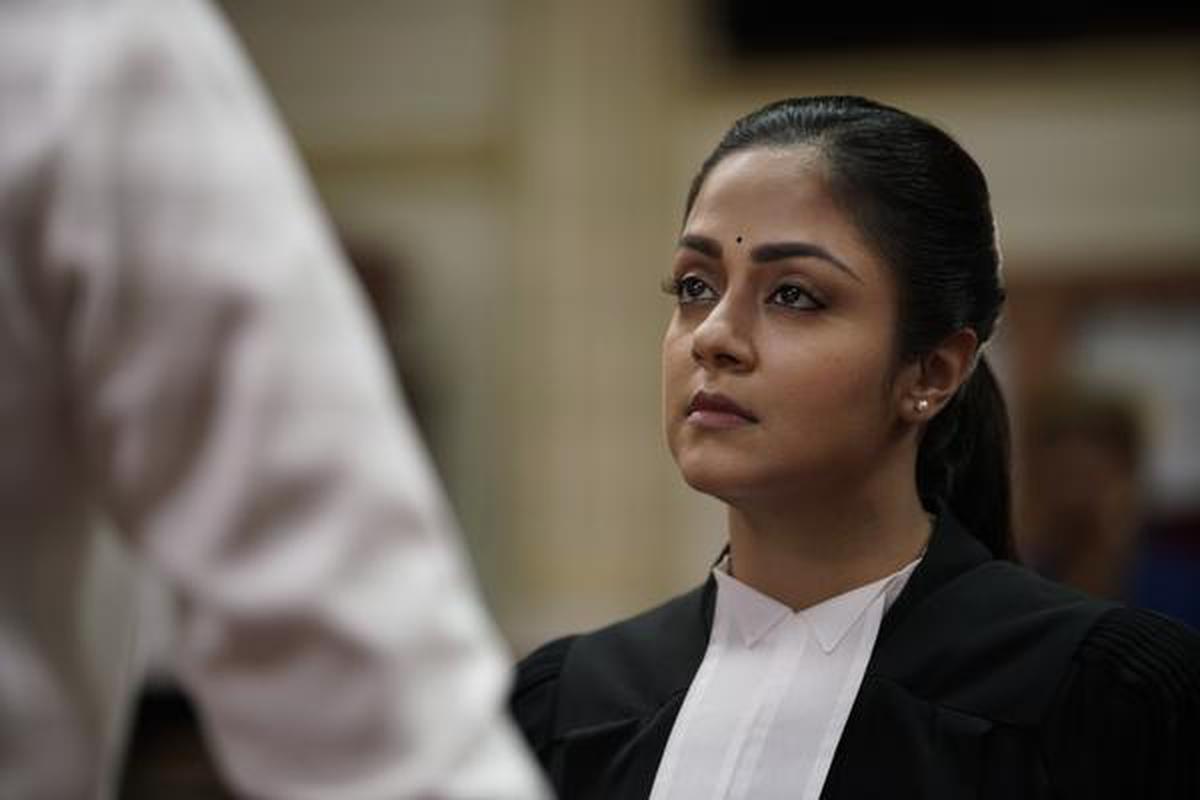 The outward message of the justice system being flawed is well taken but there is also a lack of coherence in the arguments. Venba’s case needed to be presented with facts for coherence because the justice system still operates on truth supported by hard evidence, and not truth based on tears.

This is not to say that movies with messages are unwelcome. All movies, especially those that cater to a mass audience, are welcome. But a message should not come at the expense of a film’s storyline and presentation. If the medium is affected, so is the message.

Ponmagal Vandhal could have been a powerful film had more work went into its structuring. Instead what we are left with is a bunch of unanswered what ifs.

Previous articleMy favourite game: Britain upset the USA with 4x400m gold at Tokyo ’91 | Stuart Goodwin
Next articleTravelling the world, one click at a time