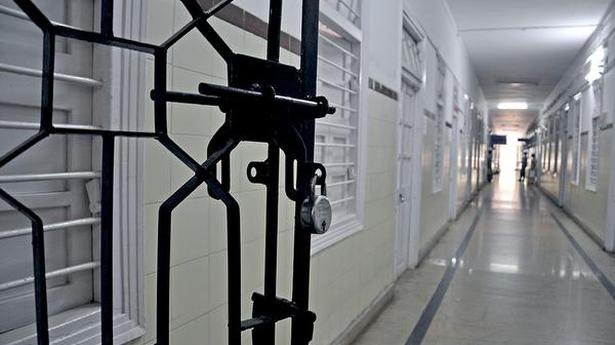 A government hospital doctor, who tested positive for COVID-19, has released a video clip in which she alleges that a private hospital in Chaderghat, where she was undergoing treatment, held her hostage over bill payment.

Dr. Asra Sultana, a Civil Assistant Surgeon at Sir Ronald Ross Institute for Tropical and Communicable Diseases (Fever Hospital), Nallakunta, has alleged that the hospital demanded that she pay over ₹1 lakh for one-day treatment and did not let her leave despite her pleas to accept ₹50,000 and clear the dues later.

Based on her video clip, a team of Chaderghat police visited the hospital for an inquiry. The police, however, said they are yet to receive a complaint from the doctor or her family members.

Dr Sultana had attended to COVID-19 patients and possible patients at the hospital till June 18. After testing positive for the virus, she isolated herself at home for around 14 days. She is diabetic and has hypertension too. “Upon developing respiratory distress, I went for a CT-Scan,” she said.

She got admitted to the private hospital in Chaderghat on July 2 midnight. “They charged me ₹1.15 lakh for one-day treatment. I requested the hospital’s administration to reduce the bill considering that I am a COVID frontline worker and that we cannot afford to pay the amount. But they did not agree. A day later, the bill was increased to ₹1.4 lakh,” Dr Sultana said.

Speaking to The Hindu, she said she opted for private hospital treatment despite working at a government hospital since two of her relatives were already admitted there and her sister, who stayed close by, could attend to all of them when needed.

After members of Telangana Government Doctors Association (Director of Health wing) intervened, she was assured admission to Nizam’s Institute of Medical Sciences (NIMS), a semi-autonomous institute in the city. Her condition is stable now.

The private hospital management could not be reached despite multiple calls on the landline number.