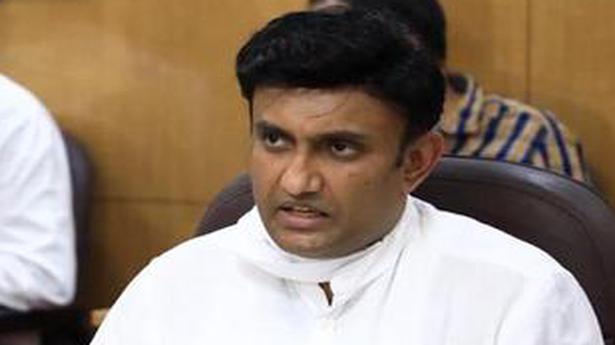 Agreeing to set aside 3,000 beds for COVID-19 patients in their facilities, the Heads of private hospital on Wednesday insisted that the State government immediately put in place a centralised allotment system and triage all patients through the system.

“Once the centralised allotment system is ready, no patient can walk directly into a private hospital seeking admission. Irrespective of being a paying patient or a government referred patient, all of them should be allotted beds through the system,” R. Ravindra, president of Private Hospitals and Nursing Homes Association (PHANA), told The Hindu after the meeting.

Stating that the government wanted 50% of the earmarked beds for government-referred patients, Dr. Ravindra said: “We have clearly told them that the maximum we can set aside for COVID-19 patients is 3,000 beds. Let the government take the responsibility of allotting beds to patients. We do not want to be blamed for not admitting patients. We will not admit anyone directly,” he said.

He said the hospitals also have to set aside 20% of beds for healthcare workers and the remaining 30% for non-COVID-19 patients. Altogether, over 150 healthcare workers, including doctors and nurses, have been infected in the city so far and another 250 are in home isolation and other quarantine facilities, he pointed out.

He said the hospitals had readied 2,000 beds as agreed during the meeting held on June 29. As many as 1,554 of these are occupied by COVID-19 patients as on Wednesday, he claimed.

However, Medical Education Minister K. Sudhakar said private hospitals had so far given only 147 beds for COVID-19 admissions. “Following Chief Minister B.S. Yediyurappa’s directions, we held another meeting with the hospitals and they have agreed to set aside 3,000 beds in hospitals and another 3,500 beds in private COVID care centres,” the Minister said.

He said the hospitals will partner with hotels and set up private care centres for asymptomatic patients and those with mild symptoms.

“If a patient does not need hospitalisation, he/she has the option of choosing a private or government COVID care centre for isolation,” the Minister said.

Asserting that patients will be admitted through a centralised allotment system, Mr. Sudhakar said: “Real-time availability of beds in all categories will be set up.” He said the State had begun the process of procuring 500 ambulances from a private company. “The company has agreed to hand over the fleet in 24 hours,” he added.

The State government has issued a notice to the management of JJM Medical College in Davangere to pay pending stipend to postgraduate medicos admitted there through government quota. The PG doctors have not been paid for the last 16 months.

“Chief Minister B.S. Yediyurappa has taken serious note of this and has said that the college should immediately release the stipend to PG doctors,” said Mr. Sudhakar on Wednesday.