Protests, outrage over Assam’s bid to convert land for industries 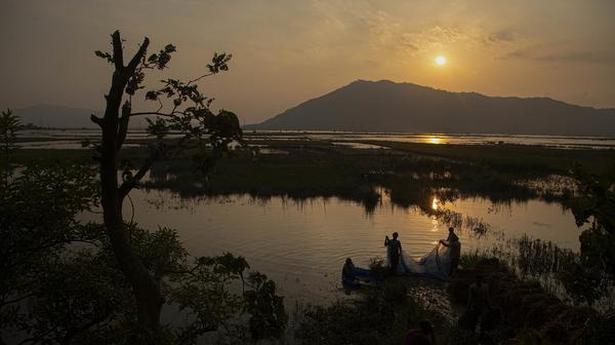 The Assam government’s approval of an ordinance to allow conversion of land without clearances for setting up micro, small and medium enterprises (MSMEs) triggered protests across the State on July 2.

The State Cabinet had on June 29 approved the industrial ordinance, whose details are not available. The ordinance awaits approval of Governor Jagdish Mukhi.

Members of the All Assam Students’ Union (AASU) symbolically burnt copies of the ordinance across all its urban and rural units on Thursday, calling it a “betrayal of trust” by the Bharatiya Janata Party (BJP) that had come to power promising to protect ‘jati’ (race), ‘mati’ (land) and ‘bheti’ (hearth).

“The BJP has taken advantage of the COVID-19 lockdown to plot the end of the indigenous people in the name of reviving the economy. Instead of bringing in investments to boost the farm economy of the local people, it is paving the way for industrialists who have scant regard for the people, the land and the ecology,” AASU’s general secretary Lurinjyoti Gogoi told The Hindu.

He added that by pushing an ordinance that overrules all laws, the BJP has virtually junked the implementation of the Clause 6 of the Assam Accord that guarantees constitutional safeguards for the indigenous people of the State.

The All Assam Tribal Sangha slammed the ordinance too.

“Large swathes of the tribal blocks and belts protected during the British regime have already been encroached upon. We cannot accept this ordinance that threatens tribal areas by facilitating the easy transfer of land to non-indigenous industrialists,” the Sangha’s secretary-general Aditya Khakhlari said.

Some of the constituents of the Sangha did not rule out the possibility of the ordinance bulldozing rules that restrict the use of land in Sixth Schedule areas such as Bodoland and Karbi Anglong ruled by tribal councils.

“The ordinance, if approved, will be the second blow to the people of Assam after the Citizenship (Amendment) Act. We will not let this happen,” said Rajya Sabha member Ajit Kumar Bhuyan, the chief convenor of Anchalik Gana Morcha, a regional front.

Assam’s Industry and Commerce Minister Chandra Mohan Patowary has, meanwhile, clarified that the ordinance will not be applicable for hazardous industries and no industry will be allowed in eco-sensitive zones. “The ordinance has been approved for MSMEs only to largely help local entrepreneurs,” he said.

The Delhi-based Rights and Risks Analysis Group (RRAG) has urged Governor Mukhi not to give assent to the “disastrous” ordinance for the stated objective of promoting MSMEs.

“The ordinance effectively suspends the Right to Fair Compensation and Transparency in Land Acquisition, Rehabilitation and Resettlement Act of 2013, the Forest Rights Act of 2006, Chapter X of the Assam Land And Revenue Regulation of 1886, the Environment Protection Act of 1986 and the Biological Diversity Act of 2002, which prohibit certain land acquisition and prescribe the manner in which land can be acquired,” RRAG director Suhas Chakma said.

“There is no provision either in the Constitution of India or these laws to suspend their operation for the purposes of acquiring lands to set up industries. The ordinance will be disastrous for the MSMEs as their investment shall remain stuck up because of the illegality of land acquisition,” he added.