Home WOLRD Russia Putin Cannot Yet Clarify When EU Borders Will Be Opened to Russians...
WOLRDRussia 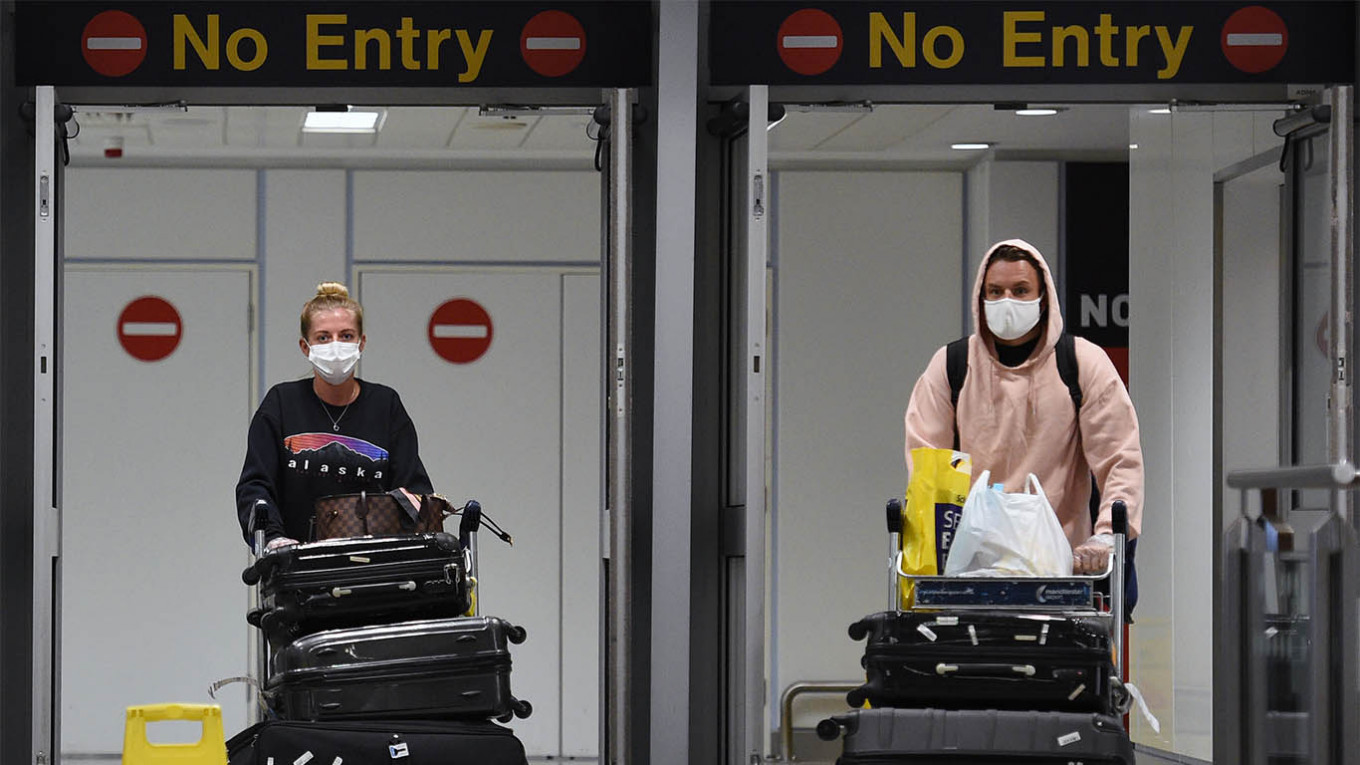 It is unclear when EU countries will reopen their borders to Russian tourists, President Vladimir Putin said Monday during a meeting with the head of Russia’s flagship airline Aeroflot.

“It is not clear what our partners will do in many countries of the world, including in Europe, they cannot understand each other yet. And it is not clear when they will open their borders and territories to third-country citizens, including Russian citizens, even during the summer holidays,” Putin was quoted as saying on the Kremlin’s website.

In late March, the fast-spreading coronavirus outbreak prompted Russia to ground most of its international fleet, keeping active only special evacuation flights to bring Russian tourists home from abroad, and some government jets. Aeroflot halted ticket sales for international routes until August 1.

Aeroflot CEO Vitaly Saveliev said during the meeting with Putin that a number of foreign airlines have lifted restrictions on international flights and that Aeroflot also expects to be able restore its flying capacities.

“If we manage to agree and start flying, then the real recovery to 80 percent of capacity will be by December, and by the end of the winter season, which is the end of March next year, we can reach the level of 2019 for international flights”, Saveliev said.

Russia was not included in the European Commission’s list of countries granted entry to the European Union from July 1.

Despite the flight ban, Aeroflot has been operating flights to New York, Paris, London, Frankfurt, Seoul and Tel Aviv since at least early June, the Vedomosti business daily has reported, citing unnamed staffers from three airlines including Aeroflot.

Multiple reports have also said that Russians without clearance are making it into the EU and other countries via the land border with Belarus and through Serbian airports.

Last month, Moscow partially lifted travel restrictions for Russian citizens and foreigners. The authorities are allowing Russians to visit relatives abroad who need care, or to leave the country for treatment or to work or study. The same rules apply to foreigners who want to enter Russia.

The Russian Transport Ministry said in late June that the authorities are considering the possibility of resuming flights to former Soviet countries and Turkey.

Kremlin spokesman Dmitry Peskov said that the decision to open Russia’s borders will be made by the government’s coronavirus task force, which will look at input from epidemiologists and data from other countries. Peskov added that Moscow is, however, negotiating the opening of borders with certain countries.