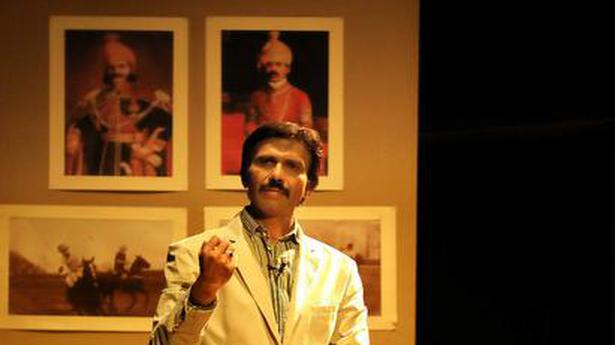 Theatre professionals across the country have been the worst hit, financially, due to lockdown. The Qadir Ali Baig Theatre Foundation has taken theatre professionals in eight states, from artistes, stage craftsmen, and qawwali singers to carpenters, set workers, and fabricators, under its wing.

Taking the help of delivery services such as Amazon, the Foundation’s drivers and administrative staff, the Foundation has been able to send across groceries, medicines and other essentials to remote areas such as Lingampally, Falaknuma, Tarnaka, Chintalmet and Ranga Reddy District in Hyderabad. The foundation has also reached with supplies to families in seven other states —Rajasthan, UP, Delhi-NCR, Maharashtra, Tamil Nadu, Bihar and Karnataka. The foundation is trying to reach out in support to their regular stage workers in UK and France.

Baig chose to honour the memory of his father and theatre legend, Qadir Ali Baig by showing gratitude to all theatre artistes, technicians and craftsmen. “We decided to re-channelise the resources of our overseas theatre festival and the international première to reach out to the needy.”

The actor and director stresses that this endeavour is not to be viewed as dole or charity. “Theatre practitioners are self-respecting people. This is just our way of saying ‘thank you’ to them for making our theatre reach audiences in four continents.”

Founder and Chairperson Begum Razia Baig of the Foundation says, “It is to make sure that families who are part of the fraternity worldwide are taken care of with utmost dignity during these trying times. It is a way of ensuring a sustained livelihood as they help us create magic on stage 365 days of the year globally.”

Sending groceries to remote places in Rajasthan, West Bengal, France and UK, the Qadir Ali Baig Foundation has ensured essential supplies reached everyone. “We believe that theatre not only transcends artistic boundaries but also socio-economic and political boundaries,” Baig concludes.

The endeavour has received praise from theatre artistes across the country. K. Chary, theatre actor from Chennai, was surprised when one morning a huge consignment of groceries from the Foundation was delivered at his house by Amazon. “For the first week, I was running around my area to buy groceries for the family but all shops were shut and but thanks to this care package from Baig sir’s Foundation, my family could survive these two months.”

Saber Ayaz, renowned qawwal residing in the Old City in Hyderabad, walked all the way to the Foundation. “My group’s earning is on day-to-day basis and takes care of my group and our family. I returned with enough essentials to last us for a month.”

Designer Almas, who lives in Tannery Road, Bengaluru and her father, who is in the same profession were aided by the Foundation during the lockdown. “We can’t thank them enough!”, says Almas.

Bhutte Khan, President of NGO Dharihar Lok Kala in Barmer district of Rajasthan said, “We are an organisation of 600 families of traditional Manganiyar singers and Kalbeliya dancers in Rajasthan for eight generations and are indebted to Qadir Ali Baig Theatre Foundation for their support to these families with ration kits. For a decade and a half, we performed in various theatre spectacles of the Baig Foundation in plays such as Resham ki Dor. The Foundation’s monetary and essentials support to us has been consistent particularly during the lockdown. Their support is invaluable.”