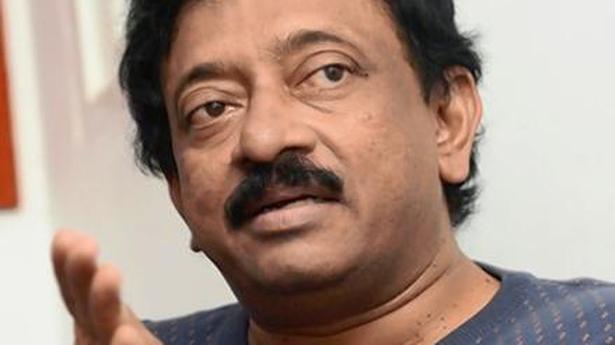 Film-maker Ram Gopal Varma and producer Natti Karuna were booked for promoting enmity between groups and under various provisions of the SC/ST (Prevention of Atrocities) Amendment Act in connection with their upcoming movie, Murder, at the Miryalaguda Town-I police station in Telangana on Saturday.

The cases were filed after P. Balaswamy, father of Dalit youth Perumalla Pranay Kumar, victim of a inter-caste marriage killing in September 2018, complained to the SC/ST special court.

“The film will severely affect the ongoing trial of my son’s murder case,” Mr. Balaswamy submitted.

Mr. Varma, on June 21, posted pictures of Pranay and Amruthavarshini, and T. Maruthi Rao alongside, on his Twitter page and announced the launch of the proposed film poster.

The same day, he released the poster and wrote: “This is going to be a heart wrenching story based on Amrutha and Maruthi Rao saga of the DANGERS of a father LOVING a daughter too much..Launching the poster of a SAD FATHER’S film on HAPPY FATHER’S DAY”

According to the complainant’s lawyer D. Narasimha, “The film will create prejudice among people while the trial is in progress.”

“Objections are also that the film indicates that there was no caste issue. The film-makers did not take any consent from the family, and the offensive content arising out of the whole episode is re-victimising Pranay’s family, which amounts to violations under the SC/ST Act,” he said.

Mr. Narasimha added that the family wanted the film to be stalled.

Tirunagaru Maruthi Rao, prime accused in the murder conspiracy of Pranay, was found dead at Arvya Vaishya Bhavan in Hyderabad on March 8.