Ranjit Chowdhry: theatre in his blood 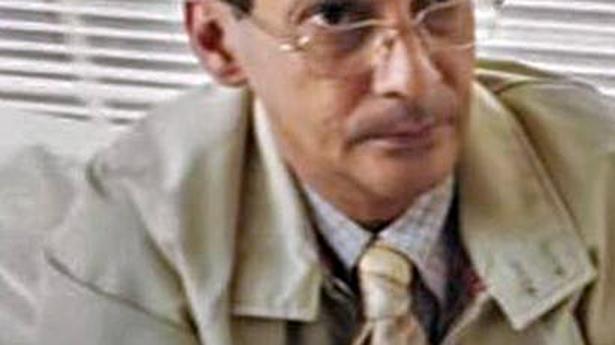 Although the late Ranjit Chowdhry’s claim to fame has primarily been as a character actor in films — a familiar face particularly in the cinema of the South Asian diaspora — he was born into theatre royalty as it were, and a fruitful late innings on the North American stage had earned his career an artistic fillip of sorts, as he gracefully slipped into the mature parts that often eluded him on screen. Born in 1955, Chowdhry was raised by his mother, the peerless theatre director and actor Pearl Padamsee, and his step-father, ad-man-cum-stage-impresario Alyque Padamsee.

Chowdhry’s childhood residences in Colaba were but a stone’s throw away from the art-deco Kulsum Terrace, the imposing ancestral mansion of the Padamsees, and headquarters of the family-run Theatre Group, one of the oldest (and still extant) English theatre outfits in the city. In the 1960s, both his parents entered into their prime as internationally-trained theatre professionals of note. Pearl juggled directing her husband in classic plays like Arthur Miller’s Death of a Salesman, with acting in Parisian farces like Jean Giraudoux’s The Madwoman of Chaillot. For Chowdhry, it was a childhood spent marinating in the performing arts. In his memoirs, A Double Life: My Exciting Years in Theatre and Advertising, Alyque writes fondly of his foster son, “Ranjit . . . has always been a delightful spirite of a human being. An impish character, both in size and personality, he’s quick-witted and charming.”

Ranjit, or Chottu, as his close circle called him, completed his schooling from the Campion School in 1971. Among his school contemporaries were actors Rishi Kapoor and Farid Currim, and playwright Maxim Mazumdar. That he would end up as an actor himself was possibly a foregone conclusion. In 1978, after finishing a children’s film, Hungama Bombay Ishtyle, directed by Siraj-Ayesha Sayani and produced by his mother, he made his big-screen debut in Basu Chatterjee’s Khatta Meetha the same year, in which he ironically played his mother’s stepson. Theatre was in his blood, even if just a sideline. When the Theatre Group celebrated forty years of its existence in 1985, they produced Badal Sircar’s Evam Indrajit, in an English translation by Girish Karnad, and Chowdhry played the character of Vimol, alongside then upcoming actors like Vikram Kapadia, Anmol Vellani and Vijay Crishna.

In 1990, Chowdhry began a new phase in his career as a prolific expatriate Indian actor — starting with Barry Alexander Brown’s Lonely in America which established the endearingly alienated Everyman persona that was to become his calling card. He went on to make a string of films with such filmmakers as Deepa Mehta (Sam & Me, Fire) and Mira Nair (Mississippi Masala), while also notching up sporadic theatre credits as actor and playwright first in Canada, and then New York. One of his more high-profile roles for the stage was in 2008’s Rafta Rafta, an award-winning off-Broadway production of Ayub Khan-Din’s play directed by The New Group’s Scott Elliott, in which Chowdhry played Eeshwar Dutt, the comically flustered patriarch of a crowded Indian household grappling with preparations for his son’s wedding. Sakina Jaffrey played his wife. The New York Times noted how, rather than “steal the show as a clownish father who insists on being the centre of attention,” Mr Chowdhry’s grandstanding is instead “woven as a prickly thread into a broader fabric of familial affections and irritations.” In a wistful moment of subcontinental nostalgia, Chowdhry sang a Mehdi Hassan ghazal on stage.

In 2018, he was once again cast as a South Asian father, this time as the Pakistani Akeel Bhatti in Hammaad Chaudry’s An Ordinary Muslim at the New York Theater Workshop. In contrast to Rafta Rafta, this was a darker turn with “pent-up bitterness”. In a pivotal moment of repentance for being a poor husband and father, Chowdhry switched from English to Urdu. For someone with a perennially youthful vibe, these roles marked a grounding departure. They were also his last hurrahs on stage.

Through all of this, his strong connections with the Padamsee clan continued, as he made time to support the enterprises of his half-siblings, like judging the Annual Pearl Padamsee Trophy for excellence in Speech and Drama for sister Raell Padamsee, or being part of the first jury for Thespo, launched by brother Quasar Thakore Padamsee at age 20. In a heartfelt tribute on social media, the latter wrote, “Pearl waxed on about all his exploits . . . AP (Alyque) loved the way his mind worked. But [Ranjit] was more important to me than I’d care to admit. He had an infectious energy, a wry smile and a witty remark for any occasion. I loved him.” He will certainly be missed.