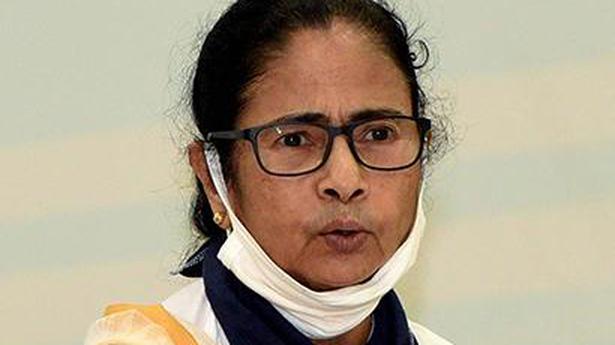 Facing protests over alleged irregularities in distribution of financial relief to the people affected by cyclone Amphan, West Bengal Chief Minister Mamata Banerjee on Monday said that her government is rectifying the “lapses” which might have occurred in its effort to pay the compensation to the victims quickly.

Urging the protesters to have a little patience, Ms. Banerjee said she has directed the chief secretary to ensure that all genuine victims receive the compensation.

“A few lapses might have taken place while we fast- tracked the compensation payment process on an emergency basis. We are rectifying the anomalies. Every affected family will receive the monetary relief,” she told reporters at the state secretariat, ‘Nabanna’

The state government has meticulously prepared a list of houses damaged by cyclone Amphan that lashed the state on May 20 and will hand over the compensation money to the owners of those houses, the Trinamool Congress supremo said.

The assertion came amid protests by a section of cyclone-affected people over alleged non-receipt of financial relief in different parts of South and North 24 Parganas and East Midnapore districts.

The State government had released a total amount of ₹6,800 crore as compensation for those whose houses were damaged by cyclone Amphan.

More than 10 lakh people have received ₹20,000 each to repair their houses but there have been complaints that many people whose houses were not damaged also got the money.

Leaders of the BJP, CPI(M) and the Congress have alleged that relatives and friends of ruling TMC leaders in the districts have received government money to repair houses which were not damaged by the cyclone.

The government has received around 40,000 complaints alleging irregularities in the distribution of financial relief to the cyclone-affected people and found that nearly 34,000 of them are genuine, according to an official.

Steps have been taken against a number of panchayat functionaries, TMC leaders and Block Development Officers (BDOs) on the charge of being involved in the irregularities.

The BJP in West Bengal on Monday launched a website through which people can lodge complaints.

State BJP president Dilip Ghosh said those deprived of the aid by the state government should register their complaint on amaderdilipda.in/cyclone-amphan, and he will send the list to the Centre.

“Every day we are witnessing protests across the state over corruption and nepotism in the distribution of aid. So, I would request the victims to directly write to me on my website or through any other means. And I assure them, that I would send the list to the Centre so that they can get justice,” he said.