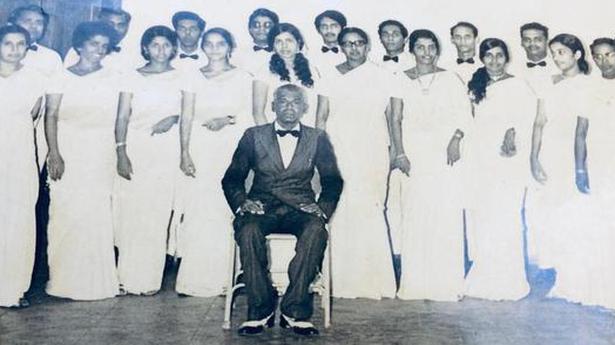 A narrow stairway led to a terrace. A few potted palms along the thatched enclosure brought in a whiff of green and alleviated the general sombreness of the place. The décor wasn’t much to write home about but yet there was a certain ambience. Walled in on one side, the light strained in through large, rather grotesque cobweb-like shades made of narrow reeds of cane. Some attempt at partitioning made space for a wash basin, a kitchen and the proprietor/cashier’s office.

Situated in the heart of the city at Spencer Junction in Thiruvananthapuram, this room at the top of the stairs, a thattukada (albeit westernised in a sense) of sorts, stood on top of a tiny building bordering the front corner of the compound of Indian Coffee House of yesteryear fame. It proved to be a haven for the youth of the ‘70s and ‘80s, including some of the regulars at the Coffee House, who could sit here undisturbed for hours, discussing their favourite rock bands or socio-political issues.

But the rooftop restaurant was not the haunt of only these young rock and roll enthusiasts. It had an older clientèle too — music lovers of a different genre; friends of the proprietor who loved Western Classical Music. For Sam Walsalam, the proprietor, alias Sunny Uncle or Annan as he was known to friends, ran the restaurant only to earn a living.

Having graduated from the University of Kerala and done further specialisation under the War Technical Training Scheme at the College of Engineering Trivandrum in 1942, he had worked with the Railways in his early twenties. His all-absorbing love for music brought him back to his home-town to pursue his passion — Western Classical Music! The restaurant took care of his needs and it gave him the time and the freedom to focus on his music, the muse that he nurtured in his heart and soul and kept him going till his last bicycle ride to choir practice at the age of 82.

Sam was born into a family of musicians. His grandfather was the renowned Malayalam preacher, poet, composer and musician Moses (Mosa) Walsalam Sasthriar, (1847—1916) who composed many Christian devotional songs that are still sung in churches in Kerala today, apart from several classical Carnatic compositions in Sanskrit. 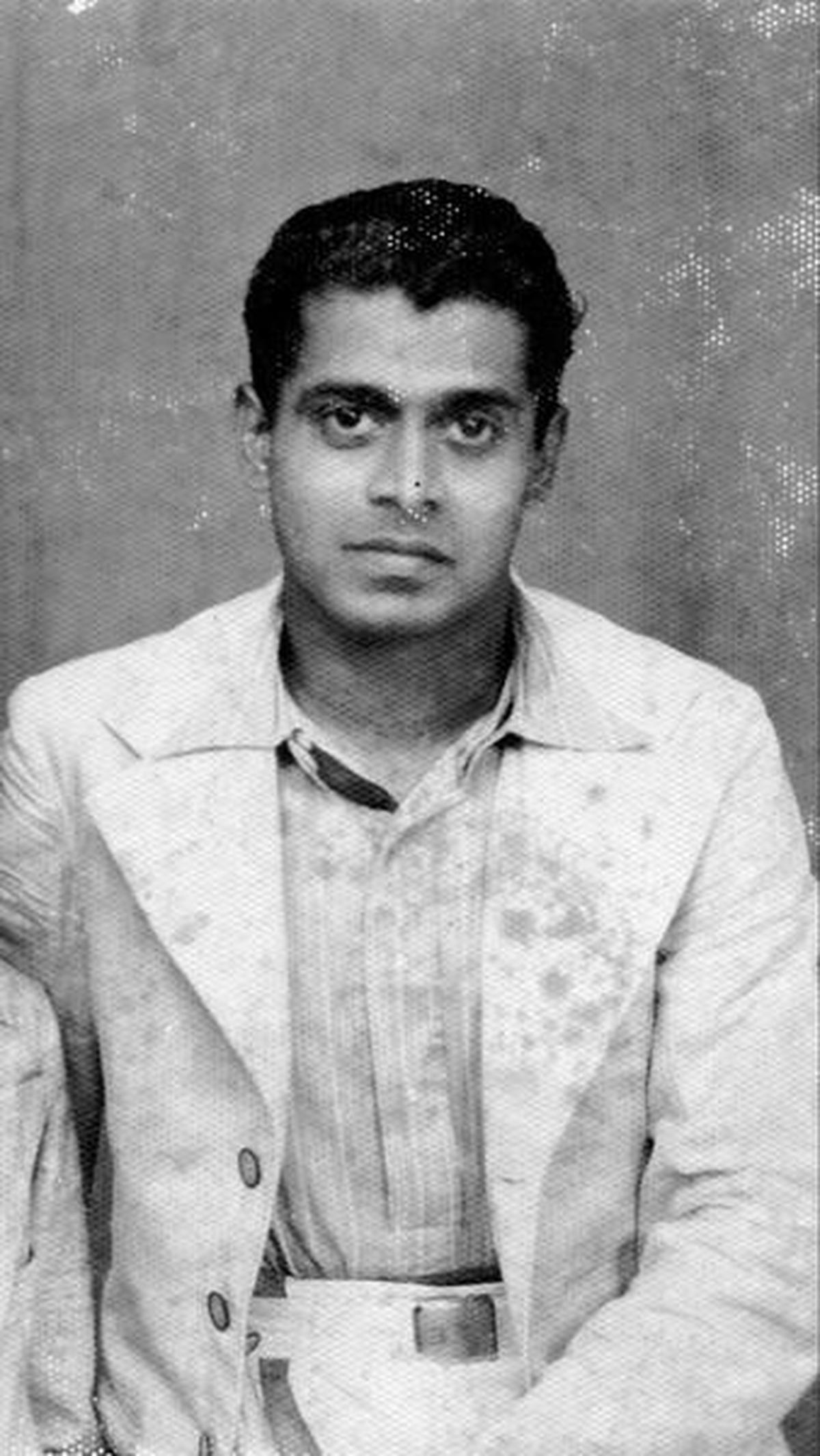 His grandchildren inherited his musical genes and, to some extent, his musical genius. J John (1894—1959), one of his grandsons, was a composer, lyricist, highly-acclaimed organist and choirmaster who learnt the tonic solfa notation from Ms Wills, the first organist of Mateer Memorial Church. As his grandfather sang, John would write it down in tonic solfa. He also wrote a phenomenal number of special four-part arrangements exclusively for men’s voices, which were adopted by Sam Walsalam for his Trivandrum Men’s Chorus.

Richie Walsalam, another grandson, was choirmaster of several churches, including Jerusalem Marthoma Church and Christ Church, besides founding and conducting the Moses Walsalam Shastriar Choir.

Sam Walsalam was born on March 21, 1915. Though he always enjoyed Carnatic music, it was Western Classical Music that seemed to flow through his veins. In his early twenties, he joined and sang in Lady Papworth’s choir as a first tenor while also picking up the techniques of conducting a choir and training voices. He was soon welcomed by Christ Church as the choirmaster, a position he retained till the very end of his life.

He went on to found two choirs — Trivandrum Men’s Chorus and Trivandrum Choral Society — and trained them to sing Christian hymns and spirituals, Christmas carols or Passion Week songs and light classical folk songs. He continued as First Tenor or Top Tenor, while conducting at the same time, with the Men’s Chorus till the very last concert, his voice (often in the vocal range of a sopranist) distinctly audible over the others. The choirs were his life. In those days, when carbon copies did involve making copies using carbon paper, he used to spend his free time writing (and drawing on) a few hundreds of sheets of four-part music with staff notation or tonic solfa. He would cycle all the way to the YWCA or the YMCA or the WILLS Hostel to carry out his life’s mission of producing fine music. 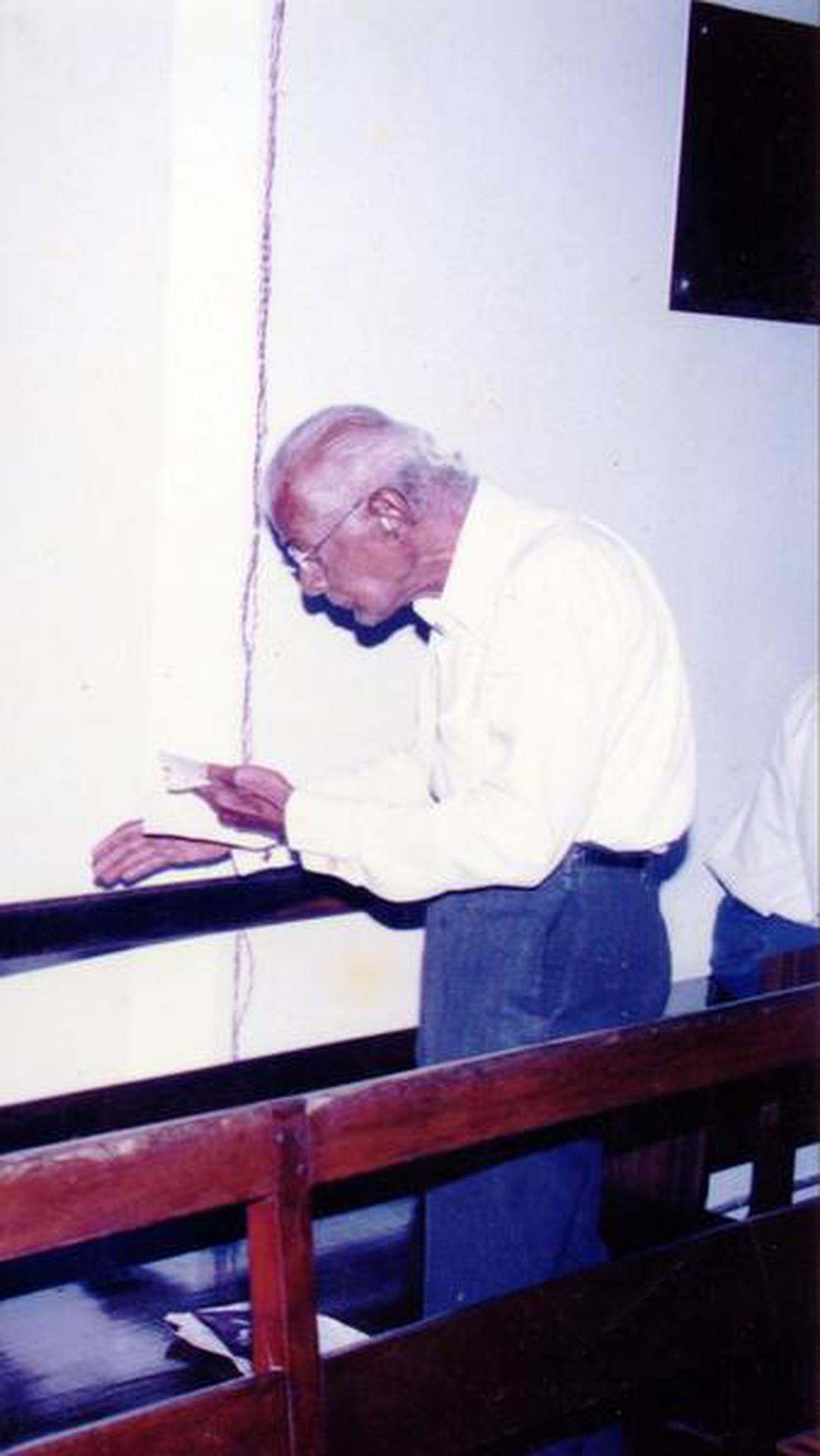 With not much worldly wealth to boast of, he was lucky to find patronage in Dr Mary Poonen Lukose, gynaecologist, obstetrician and the first female surgeon general in India, who granted him lifelong permission to conduct choir practice once a week and concerts free of charge at the YWCA auditorium. Keeping his choirs going strong was, however, a challenge because members would leave in pursuit of jobs or studies and also because of Sam’s zeal for perfection, which meant concerts occurring as rarely as three to four times a year! As Susan Philip, a choir member, reminisced, even a tiny gasp of breath snatched stealthily within a bar didn’t escape his sharp ears!

Sunny uncle’s voice, his words, his music and the image of him hunched up riding or pushing his bicycle up the steep Museum road till just a few days before his passing remain etched forever in the hearts of all his choir members and the music lovers, the special invitees to his concerts. They remember fondly, hearing the strains of classical music or some talk on his radio, which was always tuned into BBC, while passing by his humble, one-room abode above a garage at the junction leading to the Cliff House at Nanthancode in Kerala’s capital city.

In his remembrance, a selection of his choral music has been uploaded on YouTube. The live recordings were made by Bennet Thompson, his nephew, during some of his concerts at the YWCA, a few decades ago.