Remembrance of things past

Samsmarane was a live event recently featured on the official social media handle of the Nupura School of Bharatanatyam, curated by Manu Srinivasan. It is an annual feature in honour of the Gurus of the Mysore Parampara. The event coincides with the death anniversary of Padma Bhushan Dr. K. Venkatalakshamma. Nupura is fortunate to bear the legacy of the Kolar parampara of Guru H.R. Keshava Murthy, the Mysore Parampara of Guru Venkatalakshamma and the Mugooru parampara of Jejamma. The mixed bag of items presented were traditional compositions of the Mysore repertoire, some new compositions of Dr. Lalitha Srinivasan and those she learnt from her Guru H. R. Keshava Murthy. This year they also offered Shraddanjali to Ranganayaki Rajan, whose demise a few days ago is a loss to the entire dance fraternity.

While most social media handles today are turning into electronic sabhas and featuring stars and wannabe stars, the digital Sabha has become exactly a reflection of the real sabhas without equal representation. While most artists are struggling to stay relevant, Nupura Bangalore, stands out with its commitment to feature students from its own institute. When a guru herself offers a platform for the students to showcase their talent, there can be no greater joy and validation to a student. The specialty of presentations on Nupura, especially the Samsmarane was the selection of the pieces to be performed, all pieces glowing with vintage value, keeping alive an old and vibrant aesthetic of dance that’s getting lost in the homogenisation of performing arts today.

All choreographies were simple, minimalistic in their approach and tranquil; there was no room for any sensationalisation. The ashtapadis featured a small swara pattern and tiny jatis in between, using it as a connecting point in the narrative akin to certain old kalavantulu pieces. Some pieces featured the karnas here and there as incorporated by Guru Lalita.

Belli Suresh presented “Himgari Tanaye”, a Mutthaiah Bhagavatar composition with joy and energy. Sahana Dasharathy was pleasant in “Yaduvamsha Tilakana” a composition by D. V. Gundappa. Sharanya Vasu presented Shringara Lahari in raga Neelambari, a composition by Aliya Mysore Lingaraja who was also the king of Kodagu province for a brief period. The presentation was neat. Srividya Somayaji presented the ashtapadi “Madhave Maakuru” with involvement and sincerity, the piece choreographed with swaras/nritta in between bore the stamp of the unique style she has imbibed from her guru. Pranathi Sreeram presented Tanjore Chinnaiah’s Telugu jawali in raga bhairavi, “Yela radayene Bhaamini”. The presentation was replete with old school motifs like the one foot in “Sama” and the other in “ agratala” supported by ample neck movements and grace. Poojita Padmanabhan presented “Asaindadum Mayilondru” a composition by Ootukadu Venkatasubba Aiyer, joyfully.

Another ashtapadi typically structured in Guru Lalitajis style was presented by Jayanth Dwarakanath. “Maamiyam Chalita” began with good energy and transformed into a subdued emotive presentation. A composition of Venkatadri Shyama Rao and a choreography of Venkatalakshmamma, “Idene Sakhi” was presented by Nikhila Balaji with involvement and an expressive demeanour. Poorvi Hegde presented Pharas thillana with gusto. 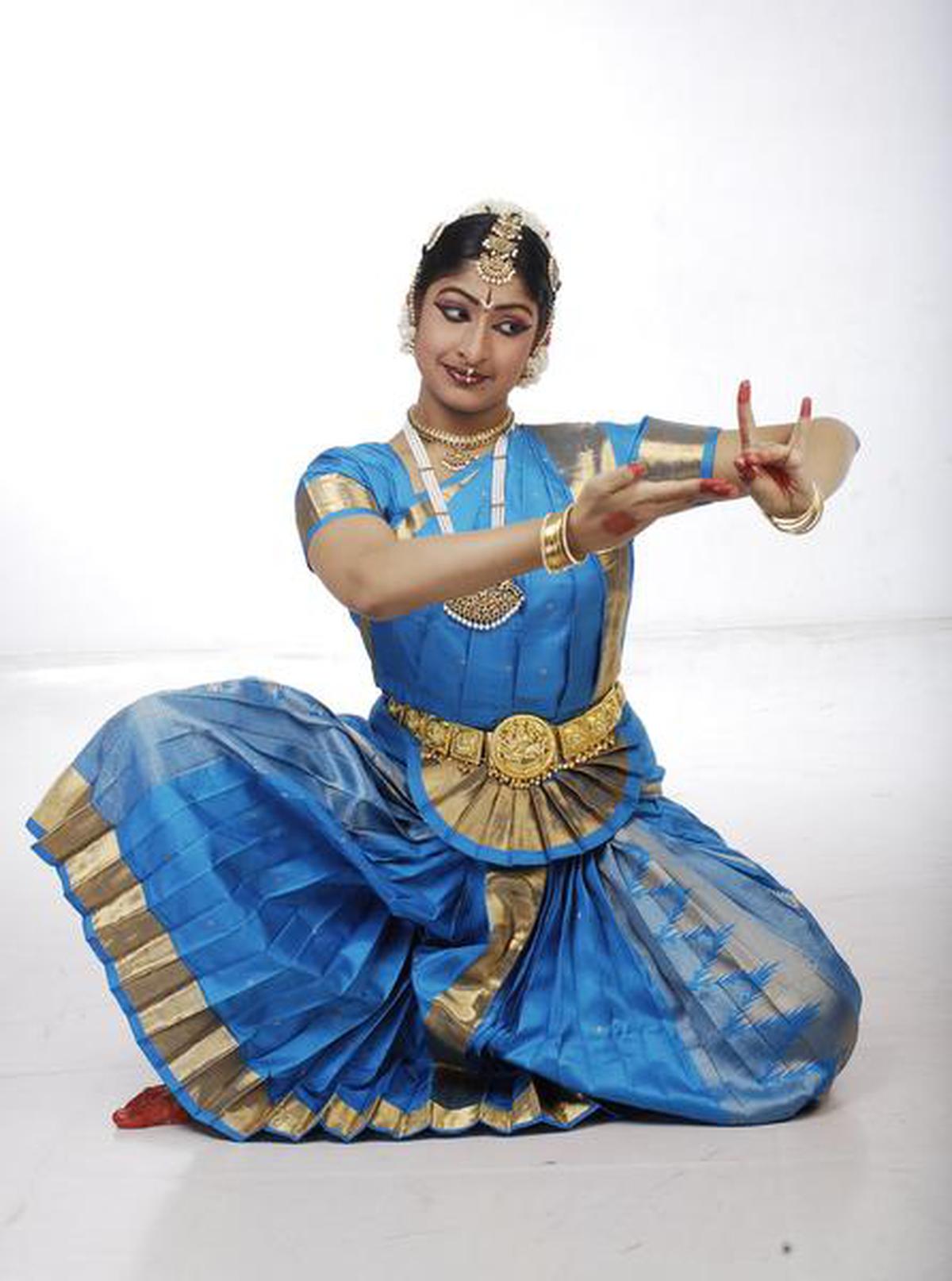 The presentation that stood out that evening was that of Suma Ithal. There was a certain calmness, neatness and poise in her presentation. She was engaged with the music and was responding to it: it came alive with a nostalgic quality. The aharya adorned with the big jhumkis and the parted hairdo without any other head jewellery helped the imagery of the piece. She entered tapping the foot and swaying to the kamach raga kriti “Brochevarevare”, by Mysore Vasudevacharya. The neat hand gestures and unhurried transitions was always in sync with music and did not break the gait of the kriti. The voice of the late H. K. Narayana added to the ambience of the presentation. 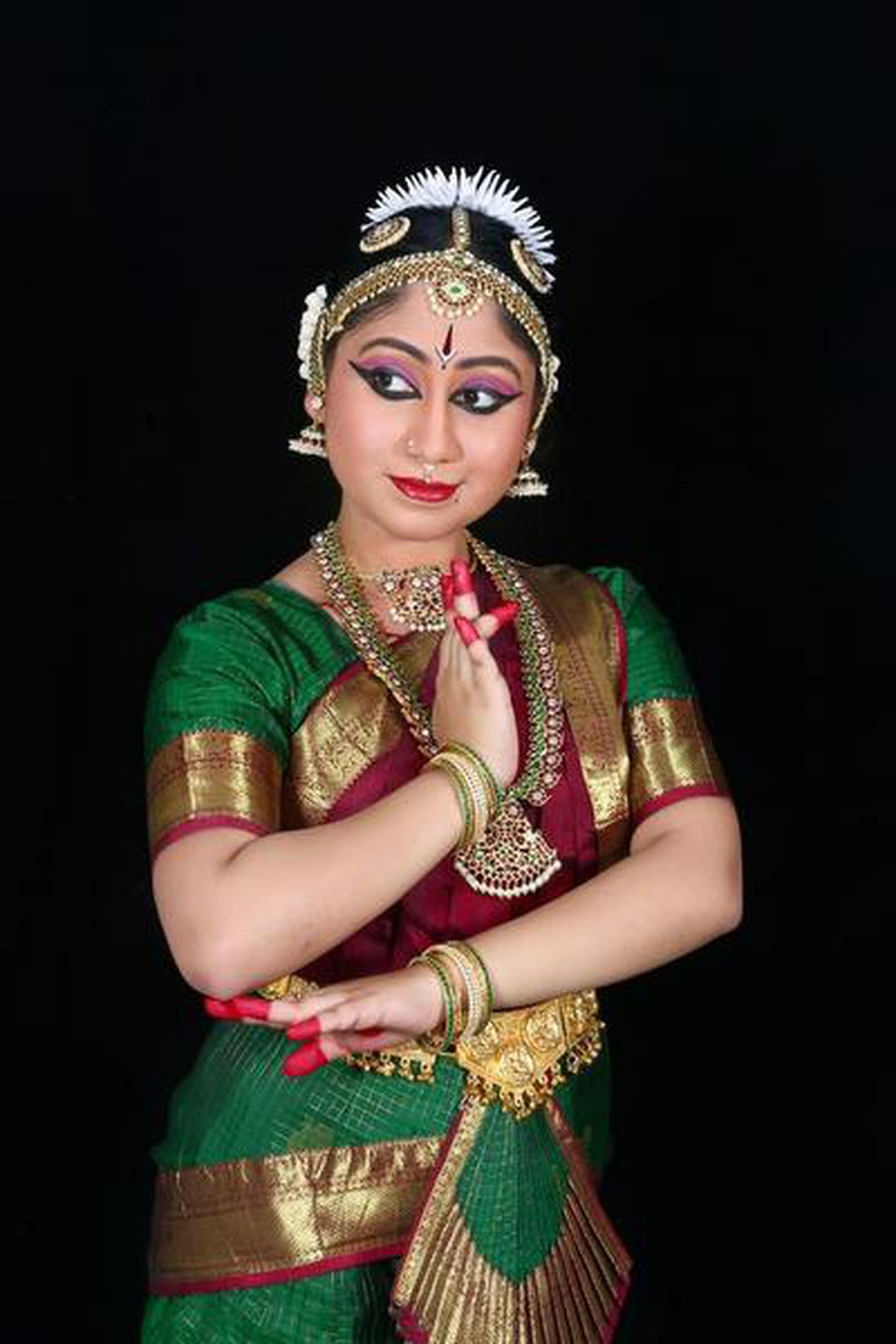