Home SPORT Tennis ‘Roger Federer all for the money’: Andrew Harris hits out at how...
SPORTTennis

‘Roger Federer all for the money’: Andrew Harris hits out at how tennis is handling the pandemic 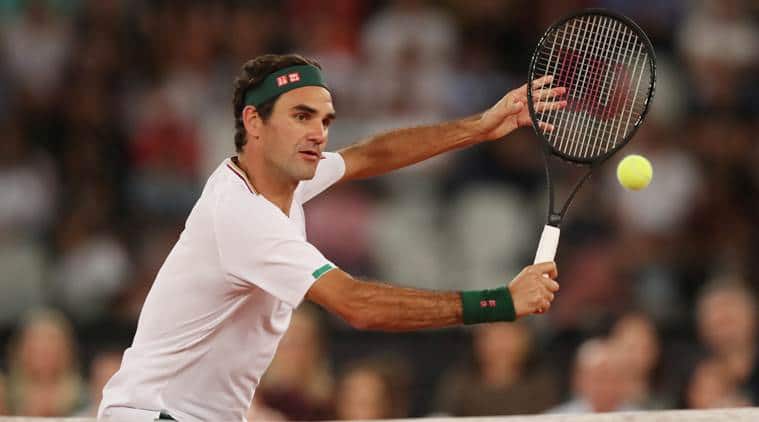 
Roger Federer will say ‘what the public wants to hear’ but will not follow up when it comes to voting on players’ issues, alleged Harris. (File Photo/Reuters)

Andrew Harris, the World number 204 from Australia, made a series of accusations against the ATP and the top players in the sport, saying there is a lack of transparency on the sport’s future and that the top players of the sport are not doing enough to help lower-ranked players, who are suffering monetarily because of lack of events.

Speaking on the Break Point podcast, Harris said: “We had a Zoom call three weeks ago now, it was the first bit of communication we had from the ATP since coronavirus hit in March. It was good that we finally got some communication, but it took way too long.

“On the Zoom call, there were 400 people, all different groups: the top 100 guys, guys in the Challengers and guys 400 and below in Futures. Everyone had their own different interests … It was a bit messy with groups of different people wanting their own thing. I left that call getting nothing out of it except more questions and being more frustrated.

“The general public don’t have any idea of the discrepancies in prize money and the distribution of wealth right up the top. There’s got to be a structure where there’s more than just 100 guys making a living in a global sport … after that, we’re pretty much losing money.”

Explained | How tennis players at lower rungs are targeted by fixers

Talking about the biggest names in tennis, Harris said they are not helping the cause of lower-ranked players. On Roger Federer, he said that he says the right things in public but votes to keep most of the money in the sport with higher-ranked players.

“Roger, Rafa and Novak. They’ve been at the top for so long, they almost forget what it’s like to be in these lower positions. I know Federer is all for the money at the top. He might say in public what people want to hear, that he’s all for money being redistributed to lower-ranked players … but when it comes to voting, his preference is to keep it at the top,” Harris said.

“I think Novak out of the top three is pushing the agenda to give money to the lower ranks hardest. (I’m unsure) whether that’s enough, but out of those three, I think he’s doing the most… (But) Novak didn’t even join the Zoom call … He’s head of the Player Council and he’s not even on the call, didn’t show his face. There were images of him playing soccer at the same time. That’s pretty ordinary,” he added.