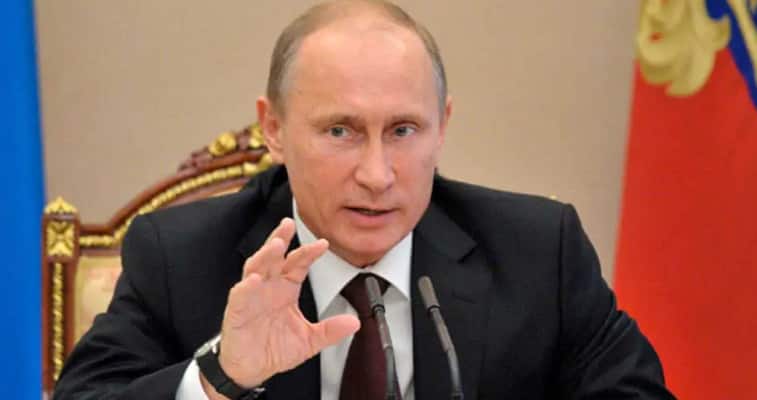 Moscow: Fueled by a Covid-19 triggered deep global recession, Russia`s 2020 GDP growth is projected to contract by 6 per cent, an eleven-year low, with a moderate recovery in 2021-2022, according to the World Bank`s latest Russia Economic Report released on Monday.

The decline of Russian economic growth is further exacerbated by plummeting crude oil prices that dropped 53 per cent between January and May.In 2020, overall household consumption is expected to shrink by 4.9 per cent and gross fixed capital investment by 8 per cent.

Through April and May, negative growth was reflected in most sectors with manufacturing contracting by 8.6 per cent in this period; mineral-resource extraction decreasing by 8.4 per cent, resulting in rapid shrinking of industrial production; and the transport sector experiencing a 7.7 per cent contraction, driven by falling trade volumes since the beginning of the year.

“There are immediate impacts of the pandemic-driven recession such as steep rise in unemployment, drop in real wages, reduced fiscal revenues and a weakened banking sector,” said Apurva Sanghi, lead author of the study and Lead Economist for the World Bank in Russia.

“The encouraging news is that the prudent macro-fiscal policies and accumulated buffers have allowed the authorities to implement effective stabilisation measures,” he said.

The report notes that measures announced by government could partly contain the crisis-induced increase in poverty — if implemented adequately. However, it cautions that short-term impacts could be followed by deeper longer-term consequences marked by non-recoverable losses like learning at critical ages, worsening of chronic health conditions, permanent job and skill losses, and small-business bankruptcies.

The study also finds that smaller cities and rural areas may suffer the spread of the virus several weeks or months later. Sectors not initially affected like agriculture could be impacted in later stages if disruptions in migrant labour availability, internal logistics, international trade or financial conditions make resuming full production difficult.

This year, the report takes a closer look at how the Covid-19 pandemic is affecting learning and education across Russia. School closures could result in learning loss of more than one-third of a Russian school year and the impact could mean a decline in the Programme for International Student Assessment (PISA) points.

“These losses are higher than those estimated for OECD and EU countries. Moreover, there are equity issues: while students from the top quintile could lose about 14 PISA points, those in the bottom quintile could lose 18 points. These 18 points translate into a loss equivalent to missing one-half of the year`s learning,” said Renaud Seligmann, World Bank Country Director for Russia.

Looking forward, the report concludes that in the absence of a second pandemic wave, a moderate recovery could get underway with some positive momentum expected to push GDP growth into positive territory in 2021 to 2.7 per cent and in 2022 to 3.1 per cent.

As uncertainty diminishes, household consumption is expected to lead the recovery and investment will increase by about 3 per cent in 2021.