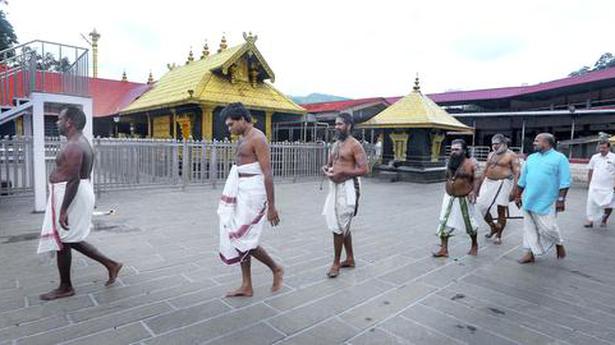 The Lord Ayyappa temple at Sabarimala opened on Sunday afternoon for the day-long rituals to be held in connection with the anniversary of idol installation on Monday.

The temple rituals will begin with the tantri performing the Ashtadravya Ganapathi homom on Monday morning.

However, pilgrims are not allowed to enter Sabarimala this time too owing to the nationwide lockdown norms.

Only routine rituals will be performed at Sabarimala in connection with the idol installation anniversary on Monday.

The Ayyappa temple will be opened again on June 14 afternoon for the five-day monthly rituals in the Malayalam month of Midhunom that begins the next day.