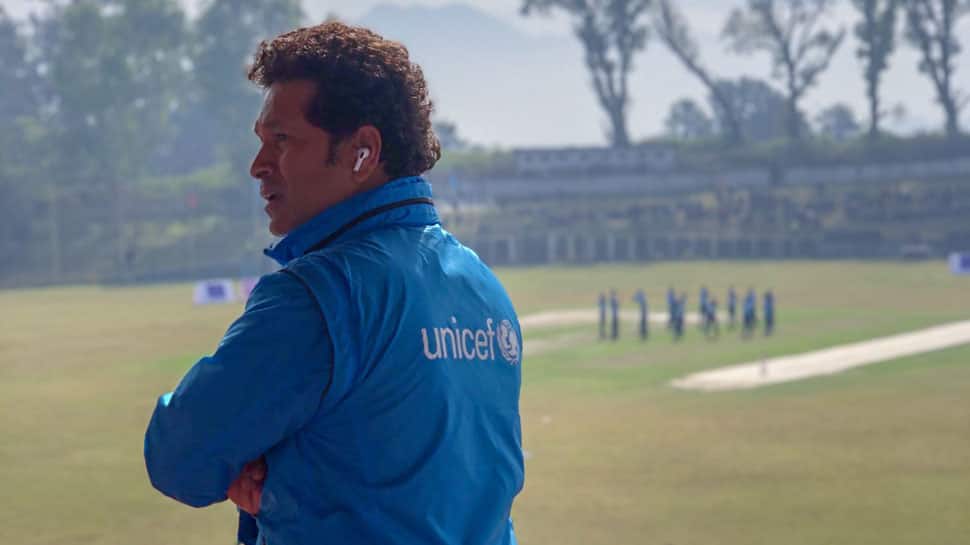 Legendary Indian cricketer Sachin Tendulkar, who is regarded as one of the most complete batsman in the history of the game, holds almost all batting records which exists at the moment.

From finishing his career as the leading run-getter in Test and ODI format of the game to having scored highest number of centuries in the international cricket, the master blaster has inked several records to his name.

However, there is one record that not many of the cricket fans are aware of.

Tendulkar, who has also bowled right-arm leg-spin during his cricketing career, has delivered more number of deliveries that many bowling greats in the One-Day Internationals (ODIs).

The former Indian cricketer has bowled a total of 8,054 deliveries in 463 matches he played during his illustrious career in the 50-over format. He has also bagged 154 wickets in ODIs.

Let us take a look at a few veterans who have bowled lesser number of deliveries than Tendulkar:

Former West Indies pacer Malcolm Marshall, who was one of the most dangerous bowlers of the 1980s, delivered 7,175 balls in 136 games he played in the 50-over format.

Marshall, however, did not manage to claim a single five-wicket haul during his illustrious career, with his best bowling figures being four for 18.

Former South African all-rounder Lance Klusener has appeared in 171 matches for his national side in the One-Day Internationals (ODIs) and bowled a total of 7,336 deliveries in it.

Klusener, who made a name for himself with his exceptional finishing abilities, grabbed a total of 192 wickets in the 50-over format.

Regarded as one of the greatest fast bowlers of all time, South African pacer Dale Steyn has bowled almost 2,000 deliveries lesser than Indian great Tendulkar.

Steyn, who dominated top place in the ICC Test rankings during the peak of his career by standing atop for a record 263 weeks between 2008 and 2014, has bowled 6,256 deliveries and scalped 196 wickets in 125 ODIs he has played for the national side.

Former Australian quick Mitchell Johnson has featured in a total of 153 matches for the national side in ODIs and bowled 7,489 deliveries in it.

The left-arm quick, who was more impactful in the longest format of the game than ODIs, finished with a total of 951 wickets in the 50-over format.

1992 World Cup-winning Pakistan captain Imran Khan had bowled lesser number of boundaries than Tendulkar despite having played for his national side for 18 long years.

The former Pakistan all-rounder had delivered 7,461 balls in 175 matches he played in the 50-over format.Imran had picked up a total of 182 ODI wickets, including  three four-wicket hauls and one five-wicket haul. His best bowling figures were of six for 14.

Former Pakistan pacer Shoaib Akhtar, who holds the record of fastest delivery bowled in international cricket of 161.3km/h,  bowled 7,764 deliveries in 274 ODIs he played for his national side.

Fondly regarded as ‘The Rawalpindi Express’, Akhtar finished his illustrious ODI career with a total of 274 wickets.

On a related note, Tendulkar, who made his debut for India during a Test series against arch-rivals Pakistan in Karachi in November 1989, finished his illustrious career as the leading run-getter in international cricket with a total of 34,357 runs across formats — 15,921 in 200 Tests, 18426 in 463 ODIs and 10 in lone T20I he played against South Africa in 2006.

On November 16, 2013, Tendulkar bid a tearful adieu to his international career following a Test match against the West Indies in his home state Mumbai. He contributed a fluent 74 runs during that match which India won by an innings and 126 runs.

Previous articleKPAC artistes shed greasepaint, stitch for a living
Next articleCaught between Indian and Chinese troops, at 15,000 feet – The Economic Times