Sainz to Ferrari, Ricciardo to McLaren 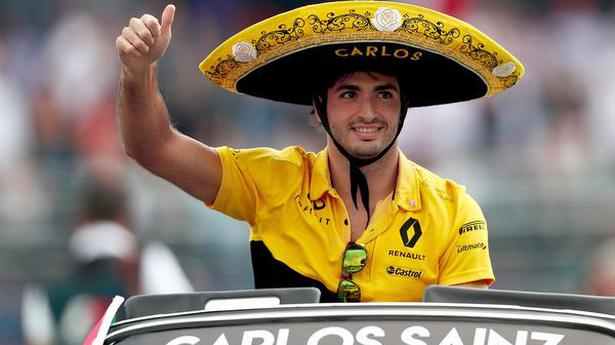 There are still huge question marks over the 2020 Formula One season’s viability, but that doesn’t mean the teams are not looking to the future.

Sebastian Vettel’s decision to leave Ferrari at the end of the year triggered a set of moves that will see Carlos Sainz Jr. taking over from the German in 2021 and Daniel Ricciardo slipping into Sainz’s seat at McLaren, both of which were confirmed on Thursday.

Sainz had been hung out to dry when Renault replaced him with Ricciardo for 2019. If not for Fernando Alonso’s exit, the 25-year-old might not have landed the McLaren gig. But in helping McLaren to its best finish in five years, Sainz proved he had to be taken seriously.

In a good place

In the Spaniard, Ferrari sees a driver capable of consistently bringing home the points on a Sunday even if he isn’t as quick over a single lap, with the team set to throw its weight behind Charles Leclerc.

It is a good place for Sainz to be in. Without the pressure of expectations that befalls most Ferrari drivers, he can grow into the role.

In a quirk of fate, Ricciardo has yet again taken Sainz’s seat, but this time the latter would feel he has had the better of the ‘exchange’. It is, at best, a sideways move for the Australian.

Leaving a race-winning team in Red Bull for Renault, a decision that was questioned at the time, hasn’t served Ricciardo’s career well.

With the regulation changes planned for 2021 deferred until 2022, Renault’s ability to make drastic gains is limited. The team lost ground last season, which wouldn’t have helped Ricciardo’s confidence in his crew.

At McLaren, which will have Mercedes engines from next year, Ricciardo joins a team on the upswing.

But he will again feel overlooked by Ferrari. Weirdly enough, this time it’s likely because of his quickness, which can cause headaches for a team with a clear No. 1 driver.

The focus now shifts to Renault. Desperate for a big name to signal its intent, it had broken the bank for Ricciardo. It now has to quickly fix things.

On Wednesday, the team tweeted a photo of Alonso during his glory days with Renault. That would be the perfect end to a dramatic silly season.

As was once said, “There are decades where nothing happens, and there are weeks where decades happen.”