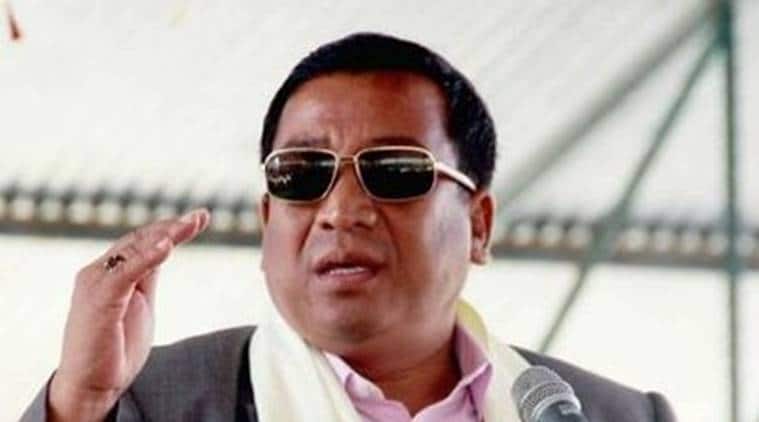 In an interim order, the Supreme Court on Wednesday removed BJP MLA and Manipur Forest Minister Th Shyamkumar from the state cabinet with immediate effect.

A bench of Justice Rohinton Fali Nariman and Justice S Ravindra Bhat invoked its plenary power under Article 142 of the Constitution to remove the lawmaker and also barred Shyamkumar from entering the state Assembly until further notice.

Shyamkumar was elected from Andro constituency as a Congress candidate in the 2017 Manipur Assembly polls but switched to the BJP even before being sworn in as an MLA. Seven more Congress MLAs followed him into the BJP fold.

As many as 13 disqualification petitions were filed against Shyamkumar before the Manipur Assembly Speaker’s Tribunal in 2017, which remained undecided on the matter.

“Given the extraordinary facts in the present case, we are constrained to use our powers under Article 142 of the Constitution of India. Respondent No. 3 (Thounaojam Shyamkumar) is restrained from entering the Legislative Assembly till further orders of this Court. Needless to add, he will cease to be a Minister of the Cabinet immediately,” the top court’s order said.

The court’s judgment was in response to a miscellaneous application filed by Congress MLAs Keisham Meghachandra and Fajur Rahim for disqualification of Shyamkumar under the tenth schedule of Indian Constitution.

On January 21, the apex court had directed Speaker Y Khemchand Singh to take a decision on the pending disqualification petitions within a period of four weeks from the date when the judgment is intimated to him.

On March 4, Additional Solicitor General Tushar Mehta, appearing for the Speaker, informed the SC that a decision would be forthcoming within ten days, which falls today.

In today’s hearing, Mehta reportedly appealed to the court to defer the matter till March 28, further assuring that there would definitely be a decision on the disqualification case as the Speaker’s Tribunal had also fixed March 28 for the pronouncement of the decision.

However, the complainant’s senior counsel argued that the case should be decided by the SC as the Speaker, even after one month’s period, had sought adjournment by eight weeks, and again appealed for ten days, said the order.

The Speaker’s tribunal conducted the final hearing on disqualification of Shaymkumar on February 4 and reserved its judgment. The tribunal fixed the date of announcement of the judgment by March 28, after the election to Rajya Sabha on March 26 end.

Previous articleManipur: Mobile internet services restored as normalcy returns in Kamjong district
Next articleCoronavirus | Sense of urgency among athletes to make the cut for Tokyo 2020