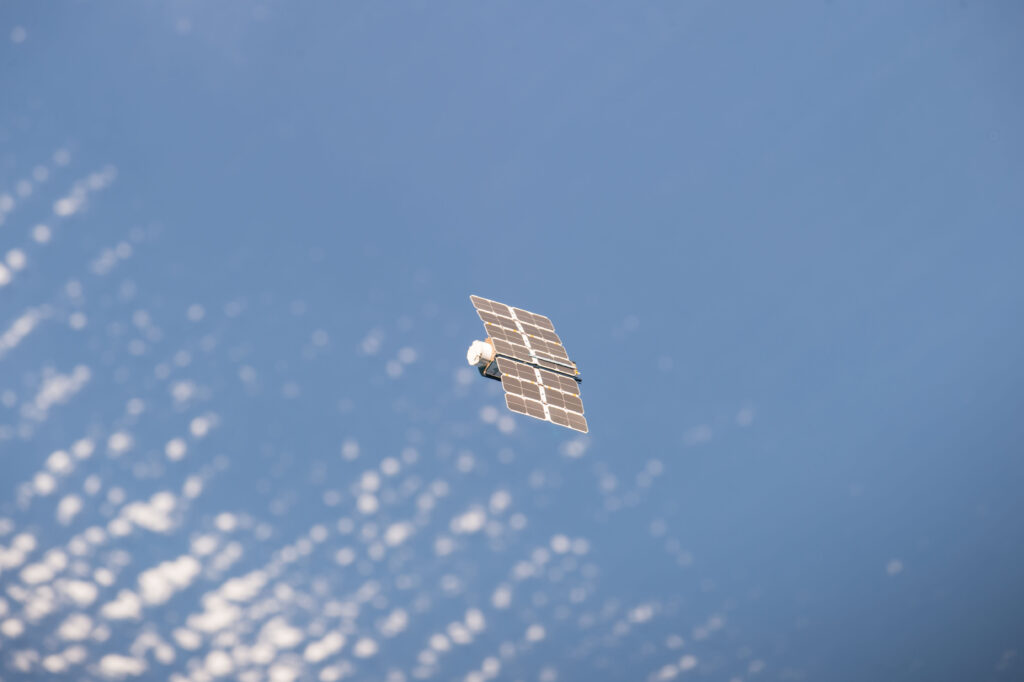 WASHINGTON: The Pentagon, NRO and NGA would be required to first consider buying commercial remote sensing imagery and analysis if the Senate version of the 2021 defense policy bill prevails in conference.

“This language from the SASC serves notice that they intend to keep a close eye on the NRO’s commercial remote sensing program, and also to NGA that they are keeping tabs on their procurement of commercial GEOINT services,”  Keith Masback, a former DoD and IC senior executive, told Breaking D today. “I’d describe it as the SASC telling those two agencies to be prepared to ‘show their math’ when it comes to future acquisition decisions they make in these two areas.”

The provision, authored by Sen. Ted Cruz as an amendment to the NDAA, is being welcomed by commercial remote sensing firms, many of whom, as Breaking D readers know, have been skeptical of the NRO’s commitment to buying imagery rather than building its own highly classified satellites.

“By embracing cost-effective commercial capabilities, the U.S. Government not only reduces costs to American taxpayers, it frees up government resources to invest in other technologies and assets beyond the commercial market,” a spokesperson for remote sensing start-up Planet told Breaking D in an email praising Cruz for his efforts.

Another industry rep noted that the provision is “consistent with” the Trump administration’s “whole-of-government approach to promoting the US commercial space industry” — which include the Commerce Department’s move in May to slash licensing rules for remote sensing firms. “Promoting US commercial remote sensing innovation through both policy and acquisitions reform is critical to maintaining technological superiority over China and Russia, and ensuring that innovative remote sensing companies choose the US as their flag of choice,” the industry rep added.

The language was included in an amendment (SA 2138) to the Senate NDAA, accepted along with a package of myriad amendments during during the floor voting on July 2. Called ‘Leveraging Commercial Satellite Remote Sensing,’ the provision states that DoD, in consultation with NRO and NGA, “shall leverage, to the maximum extent practicable, the capabilities of United States industry, including through the use of commercial geospatial-intelligence services and acquisition of commercial satellite imagery.”

Further, in a section on obtaining future geoint data, the provision specifically requires NRO to review potential commercial solutions as part of any analysis of alternatives on future spy sats. It states:

The Director of the National Reconnaissance Office, as part of an analysis of alternatives for the future acquisition of space systems for geospatial-intelligence, shall–

(1) consider whether there is a suitable, cost-effective, commercial capability available that can meet any or all of the geospatial-intelligence requirements of the Department and the intelligence community;

(2) if a suitable, cost-effective, commercial capability is available as described in paragraph (1), determine whether it is in the national interest to develop a governmental space system for geospatial intelligence; and

(3) include, as part of the established acquisition reporting requirements to the appropriate committees of Congress, any determination made under paragraphs (1) and (2).

The provision does not, however, include specific funds for NRO to expand its commercial operations, as had been urged by the SmallSat Alliance. In an April 28 letter to congressional leaders, obtained by Breaking D, the industry group urged that an extra $125 million for CSPO be authorized and appropriated to “support IC and DoD requirements for shareable commercial smallsat remote sensing data including Electro-Optical (EO), Synthetic Aperture Radar (SAR), Hyperspectral Imaging (HSI), Radio Frequency (RF) Geolocation, and other data types.” The group asked for an extra $40 million for the NGA Source Office to acquire “shareable analytic products.”

NRO’s Commercial Systems Program Office (CSPO) has been reviewing imagery products from a handful of firms under study contracts since 2019, and intends to award multiple contracts by the end of the year. NRO has contracts with electro-optical imagery providers BlackSky Global, HySpecIQ, Maxar Technologies and Planet. It also has issued study contracts to Capella Space, which operates synthetic aperture radar (SAR) satellites, and HawkEye 360, which operates satellites that conduct remote sensing of radio frequency (RF) transmissions.

The Senate version of the NDAA, of course, will need to be aligned with the House version that has yet to be taken up by the full House. The version of the NDAA passed on July 1 does not include a similar provision. Further, only the Appropriations Committees on both sides of the Hill have the power to approve funding.

Previous articleCommon inherited genetic variant is frequent cause of deafness in adults: Study
Next articleLevi’s sales fall 62% in second quarter, to cut 15% of corporate workforce