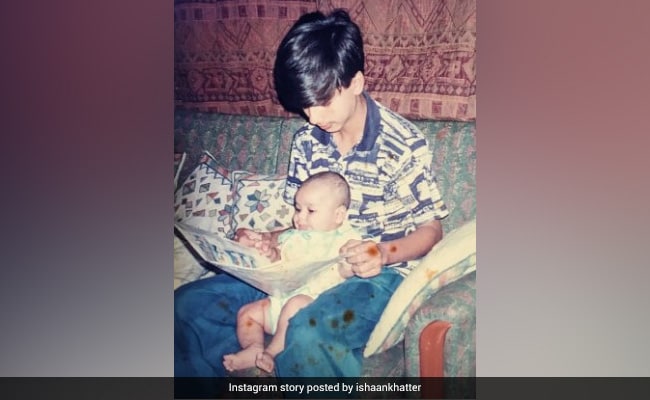 On Guru Purnima, Ishaan Khatter treated us to a major blast from the past, featuring his brother Shahid Kapoor. Ishaan, who was paying tributes to his mentors, who have been guiding forces in his life, on Guru Purnima, shared the throwback photo with a caption that’s pure gold. “My pillar to lean on,” he wrote for Shahid Kapoor. In the throwback memory, a much, much younger Shahid can be seen reading a newspaper with a baby version of Ishaan Khatter on his lap. In a separate Instagram story, Ishaan Khatter dedicated this note to Shahid: “Bhai, who has shown me by example the value of perseverance, hard work and patience.”

Take a look at Ishaan Khatter’s Instagram stories for Shahid: 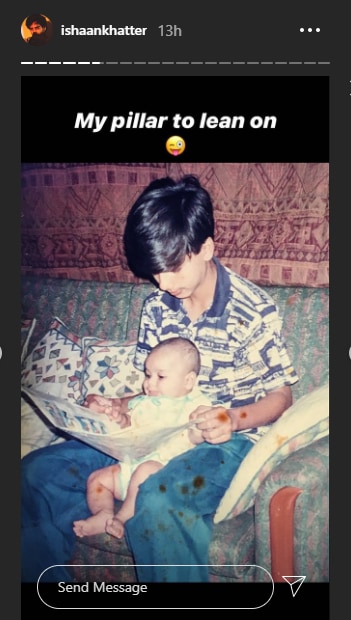 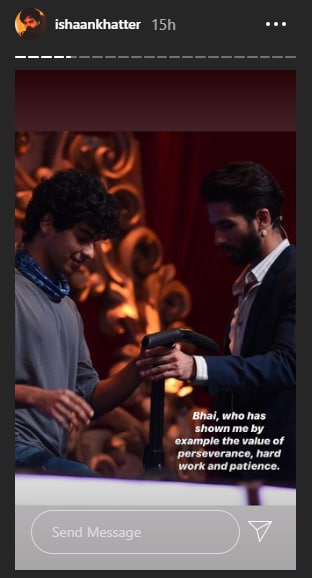 Ishaan Khatter made his acting debut with 2017 film Beyond The Clouds, helmed by Iranian filmmaker Majid Majidi. He then stepped into Bollywood with Dhadak in 2018, which marked the debut of Sridevi’s daughter Janhvi Kapoor. Ishaan had a blink-and-miss cameo in Shahid’s 2016 film Udta Punjab. Ishaan has two films in the line-up – Khaali Peeli with Ananya Panday and Mira Nair’s A Suitable Boy, co-starring Tabu.