Home WOLRD UK 'She's much better at not being PM': Theresa May stuns social media...
WOLRDUK

‘She’s much better at not being PM’: Theresa May stuns social media with outburst over govt’s security adviser choice 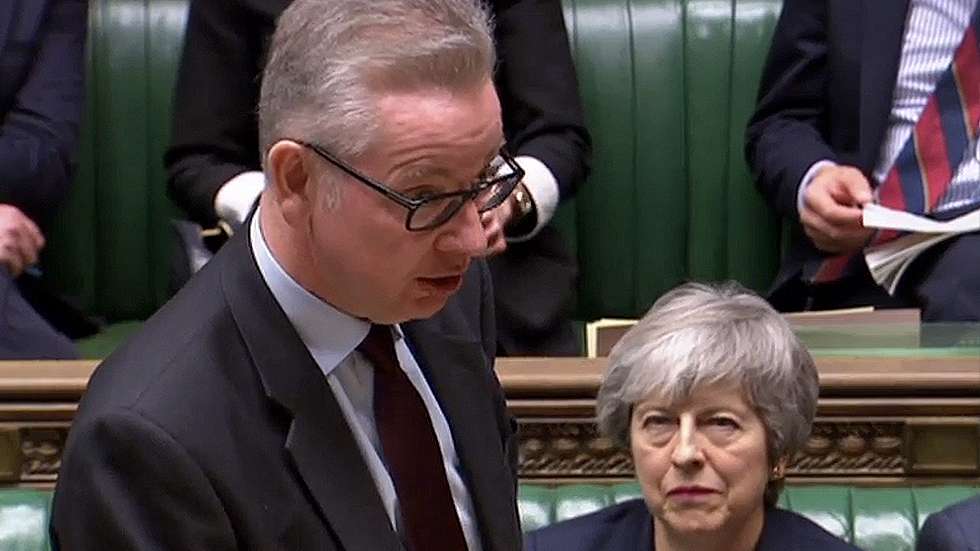 Ex-PM Theresa May’s name trended on Twitter after she gave her brutal verdict on the UK government’s decision to hand the national security adviser post to someone with no expertise, with minister Michael Gove in her firing line.

On Tuesday, Cabinet Office Minister Gove came to the House of Commons to defend the appointment of British PM Boris Johnson’s chief EU negotiator David Frost to the key role of national security adviser (NSA). Gove was promptly subjected to a severe dressing-down by his former boss.

An infuriated May rose to her feet on the Tory backbenches to tell Gove that in the nine years she spent on the National Security Council, she had listened to “expert, independent advice.” However, she claimed that with this move, Johnson was appointing someone with “no proven experience” in the top security role.

Gove – looking rather uncomfortable following May’s criticism – defended the decision, insisting that not all national security advisers have been “steeped in the security world” but they were all “excellent” in the role. This drew a disgruntled response from the former Conservative leader, who shook her head at Gove’s answer.

May’s somewhat uncharacteristic outburst provoked an avalanche of responses on social media, with her name – and popular nickname ‘MayBot’ – trending on Twitter. Many people were stunned by the former PM’s angry intervention.

“I saw this live and my jaw dropped,”tweeted one commenter, while another person joked that it “Takes something for the MayBot to engage Terminator mode.”

Others online suggested that May – who quit as PM last year after failing to get her Brexit deal through the UK Parliament – “was much better at not being PM.”

However, she didn’t receive a glowing response from everyone, with one critic conceding that, although May had made a valid point about Frost’s lack of qualifications, it did not make up for the fact she was “an absolute disaster as Home Secretary and PM, so unfortunately, the point is lost.”

Frost, unlike previous holders of the post, is a political adviser rather than a career civil servant. He will replace Sir Mark Sedwill, who is stepping down as National Security Adviser, Cabinet Secretary and head of the Civil Service later this year, amid reports of clashes with Johnson’s chief adviser Dominic Cummings.