Skoda Karoq: A balanced design with a relaxed appeal 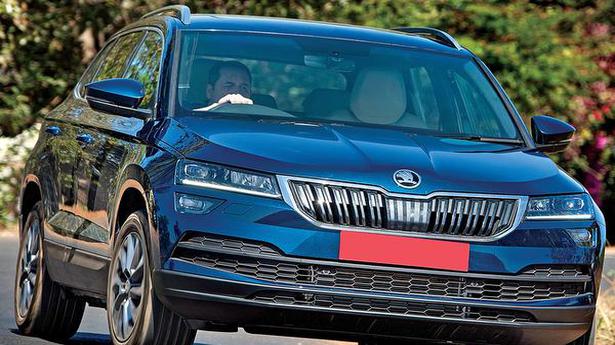 The Karoq is the latest SUV from Skoda to arrive in India. It can be seen as a spiritual successor to the Yeti, but while the latter split opinion due to its quirkiness, Skoda has gone for the straight and narrow with Karoq. You could think of it as a mini Kodiaq even. So, just how good is the Karoq?

While it may be short on shock value, Skoda’s latest SUV is not short on charm. Sure, the design is not ‘In your Face’, but it isn’t devoid of character. It has an easy-going and relaxed appeal. And then there is a balance to the design that is rare. Viewed from the side, the nose is just the right size and the large squared wheel arches add muscle. The origami-like cuts and creases around the nose and tail also add loads of character. Around the front, the tiny secondary lamps give it a high-cheekbone look. Interestingly, there is no winged arrow logo at the rear, just ‘Skoda’ spelt nice and large.

Moving to the cabin, it is here where the SUV’s build and quality of materials used really shine. The front seats offer extra bolstering, perfect cushioning and ample lateral support. Almost all the materials have a premium feel, and Skoda designers have added to the appeal of the cabin by lining all that is important with plenty of high-quality chrome. There is some around the vents, the centre console mixes piano black and chrome superbly, and the highlights carry on across to the steering wheel and doorpads as well. 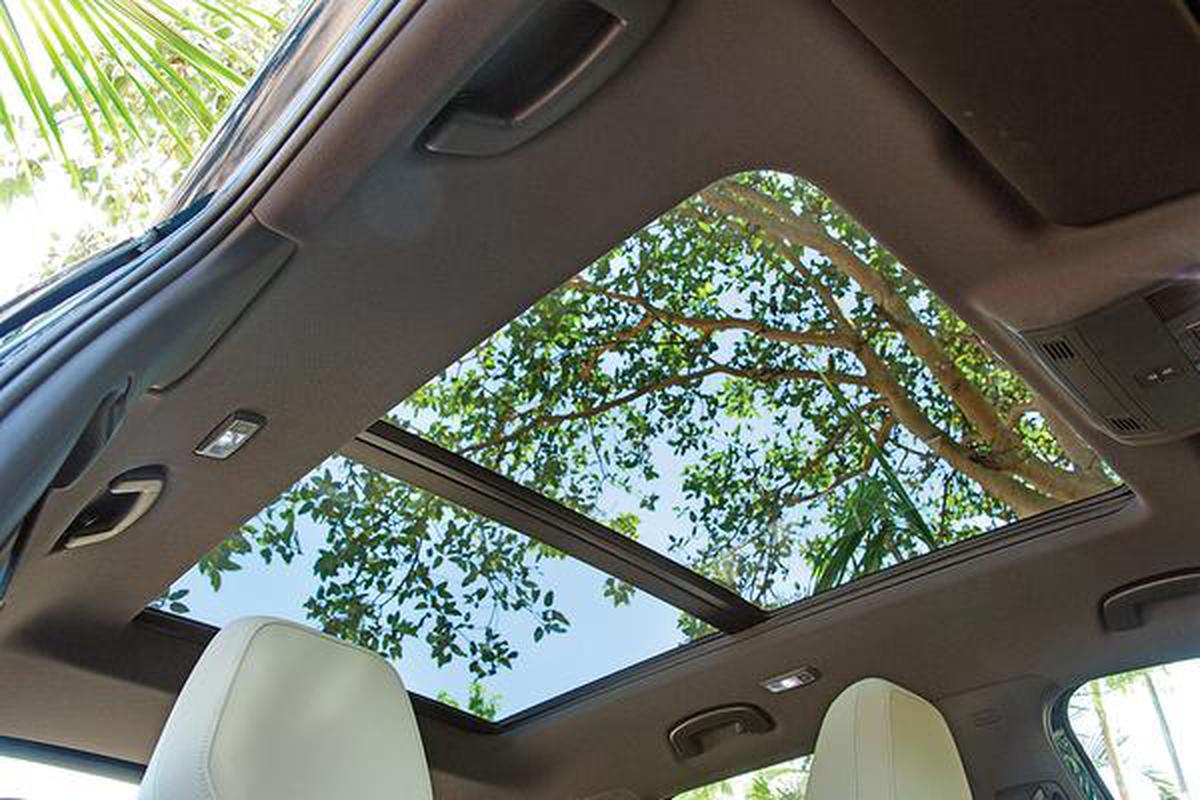 I particularly like the grab handles that are built into the centre console. The high-quality, slick touchscreen and digital instrument panel go superbly together. In fact, the functionality of the screen is outstanding. The display is crisp, it responds instantly, and the software is so intuitive, you rarely have to second-guess. The only bit that sort of seems out of place is the plain-looking gear selector. 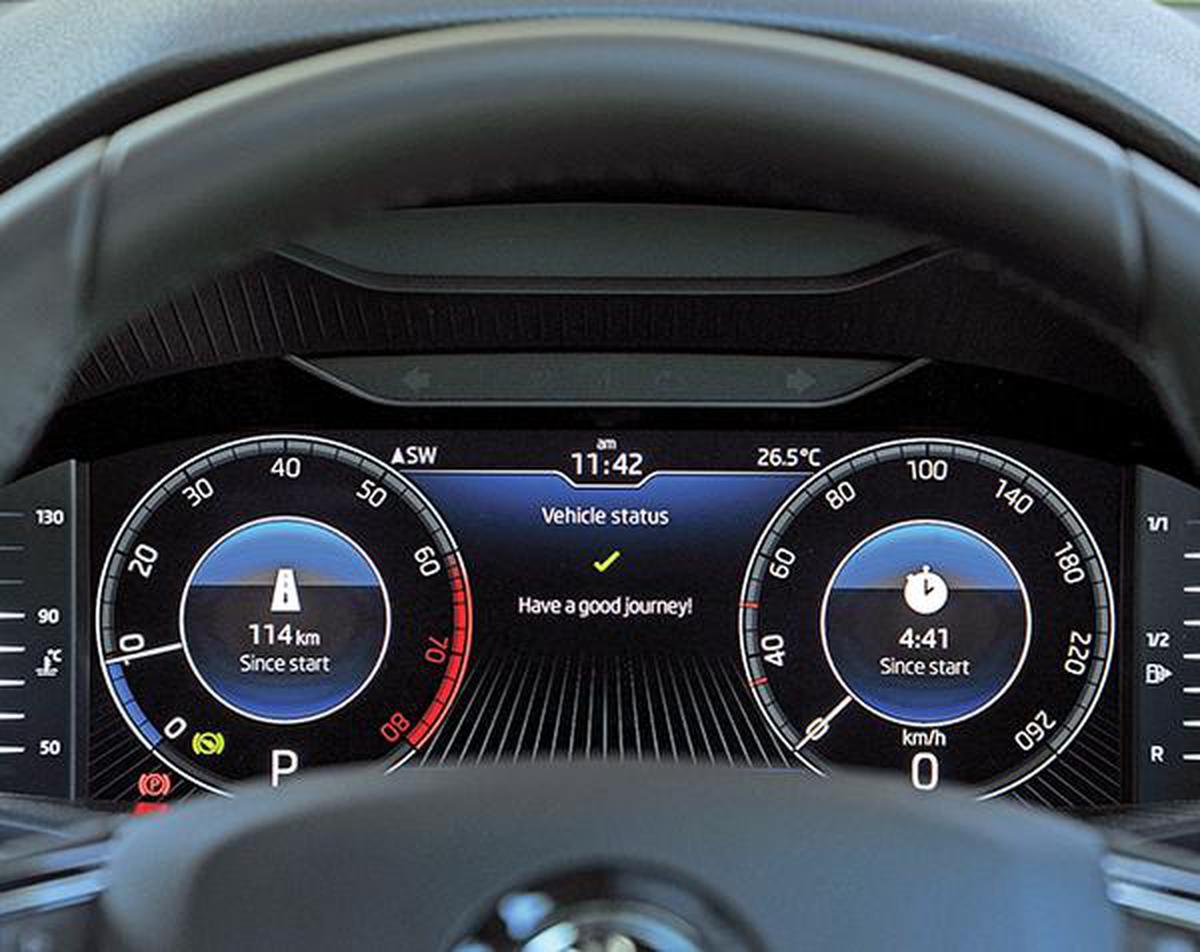 With its substantial 2.6m-long wheelbase, space in the rear of the cabin is also good. The backrest is a bit upright but the seat height is good. What is nice is that you don’t feel hemmed in at the rear, and this is partly due to the massive sunroof. It is worth noting that the Karoq is wider than even the Tiguan Allspace. The boot too is spacious, at 521 litres, and comes with a few clever and useful touches, such as the magnet-equipped, rechargeable LED torch, velcro-coated angled brackets you can fix on the boot floor to prevent luggage from flying around, and boot rails and sliding hooks. On the performance front, the Karoq is at its best when driven in a relaxed manner. There is only one engine for India — a 150hp, 1.5-litre TSI turbo-petrol engine. The unit is tuned more for torque and is happiest when driven between 2,000 and 4,500rpm. The unit has plenty of urge and pulling power even if all you use is half-throttle. What also fits nicely here is the 7-speed dual-clutch gearbox. Yes, at times, it does pause inordinately when the engine is at low speed, and, at times, it shifts abruptly. However, all things considered, the Karoq feels right at home in the city with more than enough grunt to easily overtake slower traffic.

Winding the engine harder all the way to the redline delivers a stronger thrust. Flat out, the SUV takes 10.03sec to reach 100kph, however the engine feels strained past 4,500rpm, and it gets a bit boomy near the redline too.

The Karoq’s ride quality is impressive. The roads in Pawna are a patchwork of very good, not so good and downright poor, but the Karoq simply rolls over them — silently, smoothly, and without too much movement of the cabin. There is a suppleness you seldom find in an SUV of this size and class.

The steering is fluid, smooth, and easy to twirl. You can tap the gear lever into ‘Drive’ with a deft flick of your left hand; and since pedal effort is also beautifully calibrated, even a whole day behind the wheel of the Karoq is unlikely to tire you out.

What plays a contributing role is that at medium speeds, the Karoq is nice and composed. Drive harder, however, and it soon runs out of grip, especially at the front. Body roll increases, and the once neat-and-tidy dynamics slowly begin to unravel.

Comfortable on the inside, well built, and nice to drive, Skoda’s Karoq is an SUV that clearly ticks a lot of boxes. The nicely built interior is full of quality material, the driver’s seat is very comfortable, the engine, gearbox and steering make driving it effortless.

Yes, it is missing kit like wireless charging and cooled seats, a bit more space in the rear would have been nice, and since it is an import, it is pricey. The Karoq is available in a single fully-loaded variant and is priced at ₹24.99 lakh (ex-showroom) — a full ₹5 lakh more than its VW cousin, the T-Roc, which too is a CBU import. Still, if you are looking for a more affordable, more fun-to-drive Kodiaq, this is exactly what the doctor ordered. 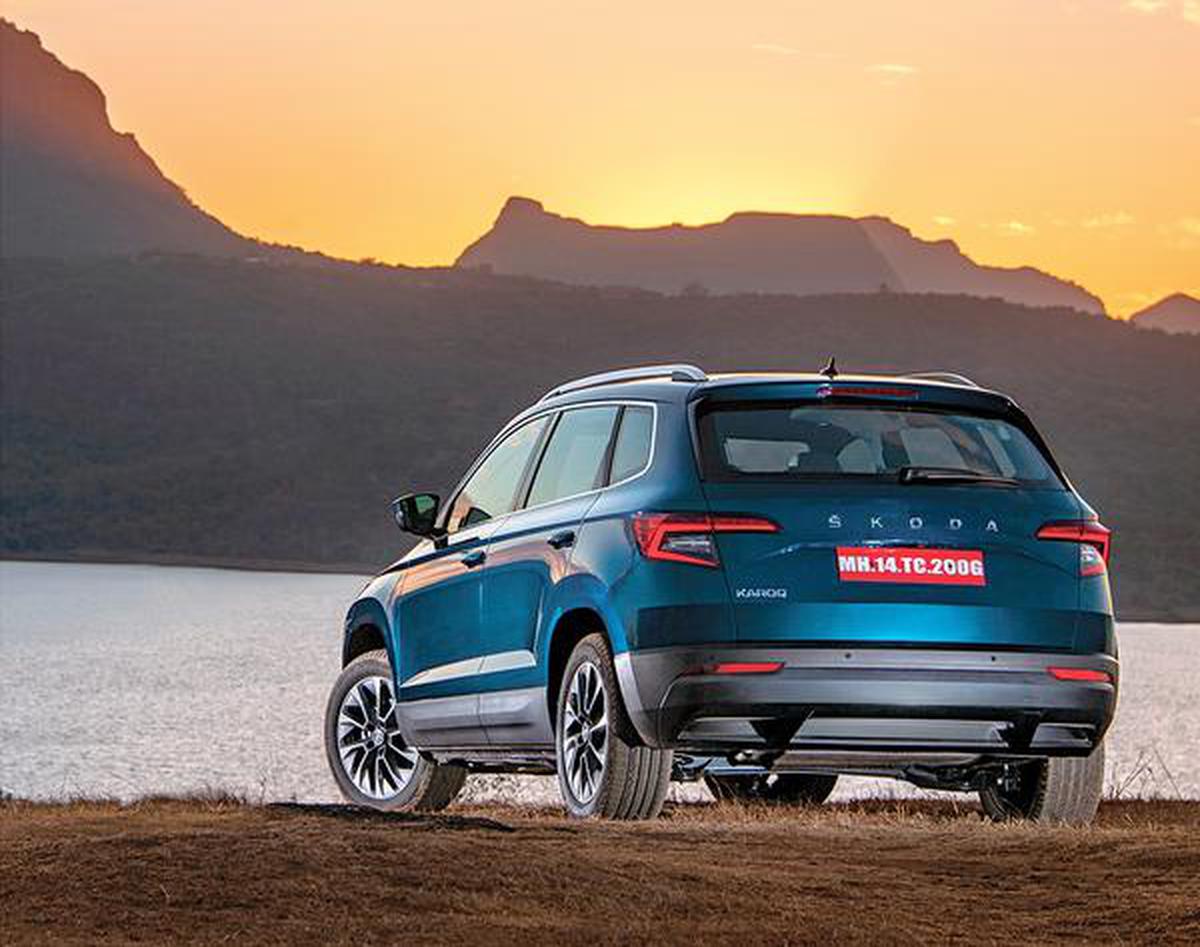