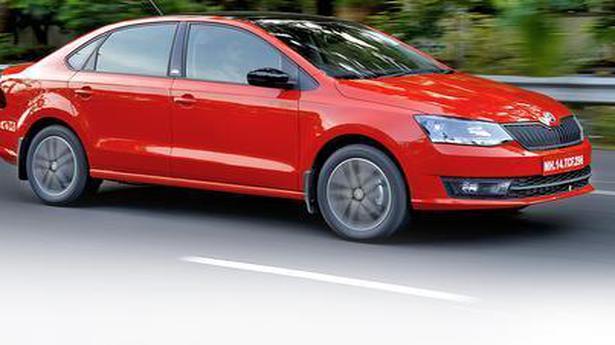 With the transition to BS-VI, the Skoda Rapid has seen a big transformation under the bonnet. The 1.5 TDI diesel engine has been discontinued and the ageing 1.6-litre naturally-aspirated petrol engine has made way for the high-tech 999cc, three-cylinder turbo-petrol engine from the VW Group’s EA211 family. This new, compact and light direct-injection turbo-petrol unit is now the sole engine powering the Rapid range. So how good is the new Rapid TSI?

To start with, at 110hp and 175Nm, this new TSI engine makes 5hp and 22Nm more than the old 1.6-litre unit. It’s paired with a new 6-speed manual gearbox for now (a 6-speed torque converter automatic option will become available in September). It also boasts substantially better fuel efficiency at 18.97kpl. The big shocker, however, is the price. The base Rider variant starts at just ₹7.49 lakh, which drops it in premium hatchback territory, meaning it is cheaper than even the VW Polo 1.0 TSI that uses the same engine.

The new 1.0 TSI is nearly 600cc down on the Rapid’s previous 1.6-litre engine, but its performance is much stronger. A scant 0-100kph time of 10.09 seconds, a full second faster than the 1.6 Rapid, makes it one of the fastest cars in its class. At 140kph, the gap increases by over three seconds although the outdated EA111 1.6-litre engine was never the last word on performance.

For a proper perspective, it makes sense to stack the Rapid’s figures against the segment benchmark, the Honda City. The Rapid pips the City (10.13sec) to 100kph and widens the gap a bit to 140kph (19.6sec vs 19.93sec), but for all practical purposes, they are evenly matched in a drag test. Even more impressive is the Rapid TSI’s strong mid-range performance. With the turbo spooled up, it simply runs away from its rivals in our in-gear acceleration tests. In the 40-100kph slog in fourth gear, the Rapid is almost three seconds quicker than the Honda.

The secret to this is the wide spread of torque and well-judged gear ratios that extract the most from this engine. From just under 3,000rpm, this engine pulls hard and strong until the 6,700rpm redline. In fact, the more you rev it, the smoother it gets, and it is only that characteristic thrum that gives it away as a three-cylinder mill. This superbly balanced engine is largely vibration-free. It is when it is at idle that you feel it gently rocking on its mount. 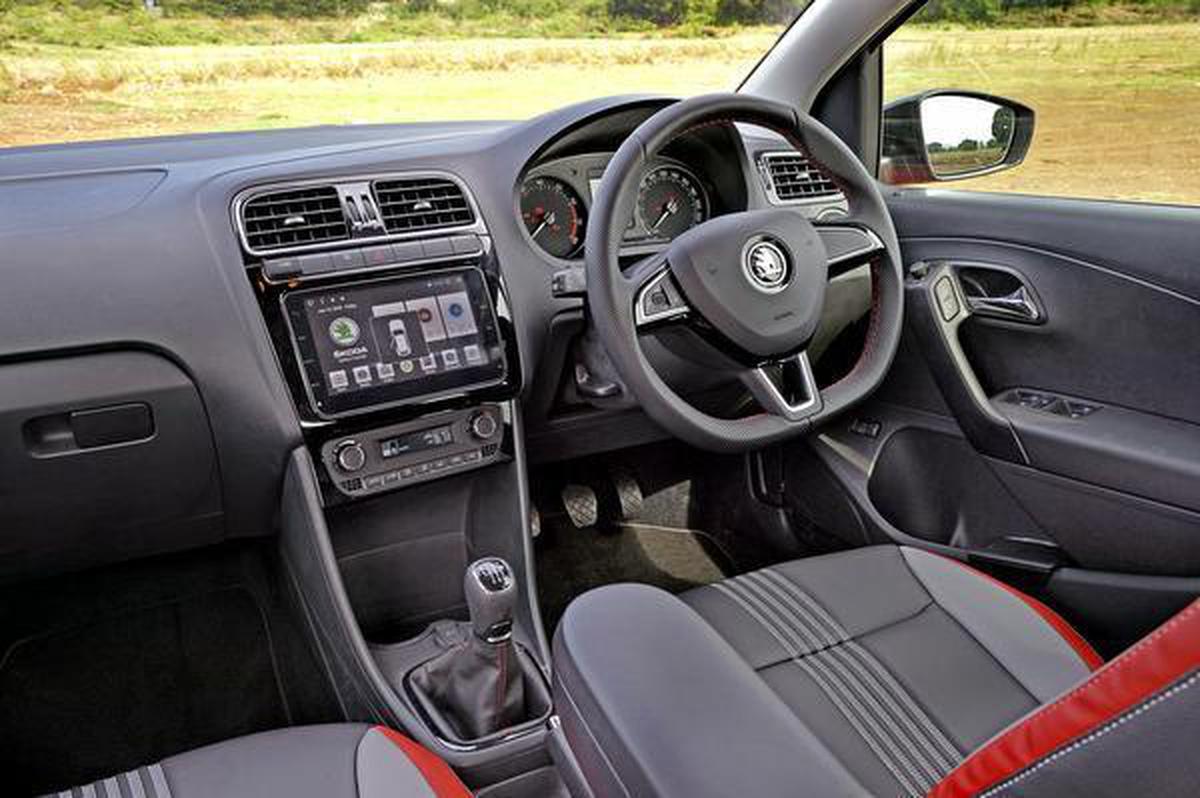 If there is a weakness, it is low-speed responses. Mash the throttle below 2,500rpm, when the turbocharger is off boost, and you will get a tepid response. On part-throttle, this unit is pretty responsive, but when you want a burst of acceleration in slow-moving traffic, you will be fumbling for a lower gear to keep the engine in the thick of the powerband. The suspension is the same as before, which, in fact, complements the extra power. The damping is a touch on the stiff side, though overall ride quality is very absorbent.

Tight body control and confidence-inspiring high-speed manners have been hallmarks of the Rapid, and now combined with a punchy engine and taller gearing, it is an even more effective highway cruiser. The steering does not bristle with feel, nor is it particularly responsive, but it is accurate and has a reassuring amount of heft that gives you the confidence to enjoy yourself on a winding road.

The cabin is unchanged as well, and while one does appreciate the solid build, spot-on ergonomics and the fuss-free design, there is no doubt that the interiors look dated. The seats themselves are very supportive and comfortable, as always. Legroom at the rear is good, though not as generous as in the Ciaz and City. The mildly-tinted windows and rear window shades are welcome additions to the Rapid range. 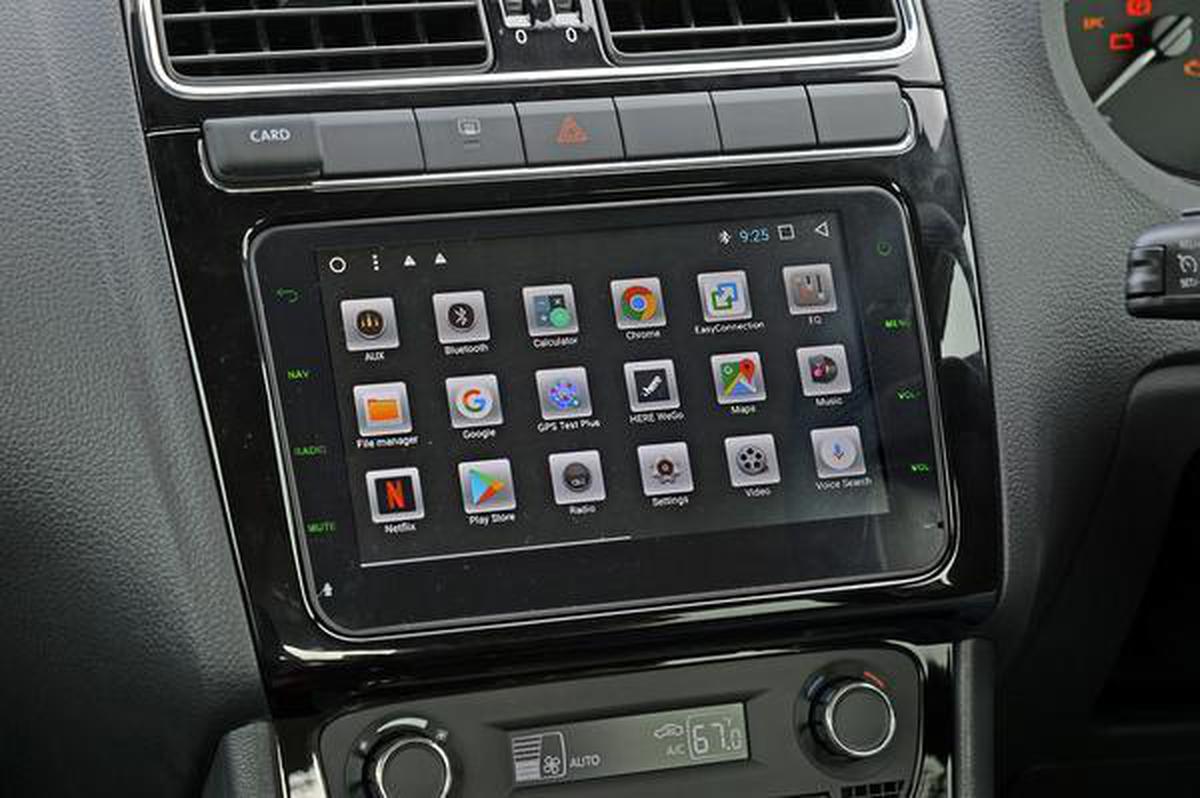 Taking centre stage on the dashboard is Skoda’s 8.0-inch Android-based infotainment system that is squeezed into the centre console as a retrofit. The high-res screen is sharp, easy to read and does not pick up reflections but it is not very intuitive. There is no Android Auto or Apple CarPlay connectivity; users get phone screen mirroring via the third party ‘EasyConnection’ app, but the experience isn’t particularly seamless.

The Rapid was last given a facelift in 2016 but its clean and sharp design has aged rather gracefully. It now gets a fresh lease of life with the potent 1.0 TSI, which complements the brilliant chassis and dramatically lifts the car’s appeal. It is a good city car, a great highway cruiser and pretty efficient too. The top-spec Monte Carlo edition is reasonably equipped for the price (₹11.79 lakh), but the Rider variant that has grabbed plenty of attention with its ₹7.49 lakh price tag has no touchscreen or alloy wheels. For those willing to shop for these as aftermarket kit, this variant is a real bargain.

The Skoda Rapid doesn’t have the latest tech offered by rivals, and it feels a touch analogue in comparison, but therein lies its charm. Few cars combine build quality, excellent dynamics and practicality like the Rapid. It is a car that has its fundamentals right. If you love to drive and need a safe and solid mid-size sedan that won’t break the bank, the 2020 Skoda Rapid 1.0 TSI is for you.