Somdev Devvarman: Police brutality in India is off the charts. It’s simply a misuse of power. 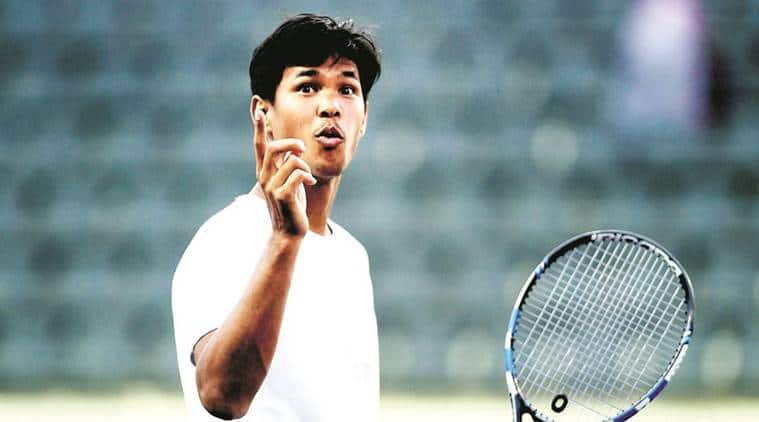 
Somdev Devvarman says police brutality in India is off the charts. It’s simply a misuse of power. (Source: PTI)

“So, the police in Delhi were filmed beating people up and forcing them to sing the national anthem. People die and get severely injured because of this brutality. And nobody is held accountable? Nobody. How is that ok?” That was my tweet from a couple of weeks ago where I tried to draw parallels with what is happening in the US and here in our country. Of course, Black Lives Matter; no doubt, what’s going on in America is absolutely wrong. But we have been quiet about cases of police brutality in India and about other issues like casteism and racism in our country.

Police brutality in India is off the charts. It’s horrible. It’s simply a misuse of power. We read how they have gone out and burnt villages, thrashed people, detained people, and how some have died in stations. Just now, there is a case happening in Tuticorin in Tamil Nadu. The other day, there was another case of an auto rickshaw driver tortured by the police in Tamil Nadu. And the worst bit is that none of this is shocking to us. Why is this okay?

We can sit here, debate and argue about whether it is because they don’t get paid enough? Is it because the system itself is bad? Is it because it trickles down from the top? I don’t know. It could exist for thousands of reasons, or maybe just some cops are bad. I honestly want to know what happens in a police station if a cop is mistreating somebody, how do the other cops react? That’s a peer pressure situation.

One thing I will be thankful for is that the general police in India don’t have guns, they have sticks. They come out there and they hit you. It has happened to a friend of mine and me at a concert. We were just walking by and there happened to be a crowd and the police weren’t sure of what was going on, and they were going out and hitting people. You are not doing anything; you’re just walking past a crowd. The mob just happens to be confusing enough for the police, so then they take swings. I don’t think that’s okay.

Then there is racism and casteism in India. I kind of have felt it a bit as well, being, you know, in a sense, a minority in India. I am from the North-East and moved to Chennai when I was eight. By default, I was a standout. There weren’t any players from the North-East that I can remember, forget Tripura, but pretty much anywhere else at the national level from the region. I kind of felt racism from all corners. I am not even talking about tennis but just kids. When we went to the north, the kids were racist to South Indian kids and vice versa. I guess it’s just human tendency.

Early on, I was called a watchman. My nickname was ‘Bahadur’, people said that all my life. I felt a little bad. As an Indian, you can’t tell me that we are not colour conscious. I grew up in South India and there the dark guys were not necessarily discriminated against, but made fun of. Leave tennis aside, even families. One of the things that first come up when you describe a person is whether they are fair or dark. We grew up in a racist society.

More police brutality. This article doesn’t describe the brutal acts of sexual violence before the father and son passed away

And for what? For keeping their shop open longer? For talking back? Breaking the law? FOR WHAT?

How is this ok?

I have been called Chinese. Last December, I was in Kolkata and after an exhibition match, I was just running around in the field cooling down. About five or six Bengali kids came up to me and said ‘Chinese’. I don’t think they were being racist. My wife was with me, she was livid. Not in the sense that she wanted to beat these kids, but she wanted to teach and educate them. I started throwing balls with the kids. They weren’t discriminatory towards me. They thought it was a joke and kind of laughed it off. But the truth is that they were like “hey, you are different from us”.

Go to colleges and see the football teams. See how kids from the North-East are treated. I would be lying if I say I faced the same kind of harsh treatment, but I have family members who have gone out to play for football academies when they were kids and 100 per cent of the times, they got treated worse.

I don’t remember not being selected for something because I was from the North-East. But I do remember, I don’t know if it is a racist thing or a thing of convenience, Tamil Nadu claimed me as one of theirs as I grew up there and played my entire tennis in the state. But when it came to the Asian Games, Commonwealth Games events that I played – and I think it is pretty funny now – when I won medals, a part of them claimed I was from Tamil Nadu but the part that had to give me the financial prizes would say I am not from Tamil Nadu and that I am from Tripura.

I am asked why enough athletes in India don’t speak up. Perhaps, the fear of what would happen if they do speak up is the reason they don’t. I have felt it myself. For me to go out and say something now against the US Open, what could it do? It could definitely jeopardise my chances of working with them in the future. Right now, I am into commentary. If I say something against the organisation, that could hurt. In the end, it doesn’t really matter to me because I am a former athlete.

However, for a current athlete, it may matter in team selection. In sponsorships. In getting government money, which is a big part of athletes’ funding in India. I am not judging them; everybody comes from a different financial situation and their motivations in life are different. So, I can’t fault anyone for not speaking out. You are not making money if you’re an amateur boxer or wrestler. There aren’t many opportunities out there. In squash or badminton, the association sends your entries in. But in tennis, I am not reliant on the tennis body AITA to send my entries in, to train, or do anything else. So obviously I am more likely to say something.

When I joined the Davis Cup team, certain guys in the India team were flying business class and I was not. Why was that happening and why were the younger player not speaking up? Early on, I would have remained quiet as someone would have promised something – funding or the promise that it won’t happen next time, as the case maybe. “Don’t worry beta, it will happen next time. I will send you with a coach, this time let it go.”

Very early on, I caught on to the situation. I would think, “you guys have never helped, you’re never going to help, and whether I say anything or not, it doesn’t change.” At least this makes me feel better when I sleep at night. I don’t know whether other sports have that luxury. It’s definitely complicated but my wish is that athletes just come out and say the truth. They don’t need to speak out against people. Just say the truth so that people know what actually is going on. That’s one of the ways to make things better.

It’s a very tricky and complicated subject. Is the press in India free? Are they afraid to go out and judge the situation as they are afraid that they may potentially be labelled as anti-nationals?

And similarly, in India, it is a combination of fear and hope. If people are afraid of speaking against a certain government, then they are afraid. Whichever government was in power, the athletes were not speaking out. And the truth is, no matter what you say, India is far from a sporting nation, until we become a real sporting nation where at least 500 or thousand people are making money simply by playing sport and not through jobs from the government. I don’t think there are enough professional athletes in India. That’s the problem, that 50 per cent of our professional athletes are from one sport. By professional, I mean not just international fame but making money while playing the sport. Not through ONGC jobs or through funding, but making money by actually playing the sport. Then, maybe, they will have more opportunities to speak out.