Home ENTERTAINMENT Reviews ‘Spelling the Dream’ review: How do you spell ‘s-u-c-c-e-s-s’?
ENTERTAINMENTReviews 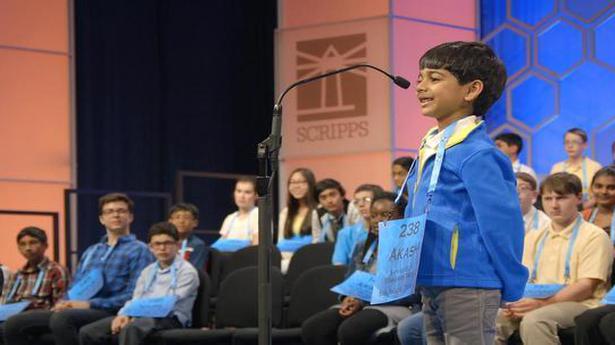 In 2019, the Scripps National Spelling Bee finals saw an unprecedented number of winners emerge, with eight contestants becoming co-champions. Seven out of the eight champions were of Indian descent.

Indian-Americans have not just won the last 12 spelling bees in a row, but have also provided for 26 of the last 31 winners.

Spelling The Dream, directed by Sam Rega dives into this phenomenon and explores what makes the Indian-American community tick when it comes to the National Spelling Bee: a very ‘American tradition’.

Rega sets the context in his documentary with a brief history lesson which sheds light on Indians immigrating to the United States in the 1960s. The subject at hand is made much more interesting once the spotlight turns on the spelling champs themselves. We follow four hopeful competitors for the 2017 Scripps National Spelling Bee. Through them and their families, we get a peek into what fuels their journey: from acing the regional rounds in their states and the road to the Nationals.

We see former Indian-American spelling champions, educationists and even journalist Fareed Zakaria and comedian Hari Kondablu deconstruct the high success rate that the community has enjoyed at the National Spelling Bee year after year.

As seven-year-old Akash Vokoti effortlessly spells a 42-letter word on camera, his father says that as an immigrant who came to the country with a lot of dreams, he hopes for his son to do a lot more and make a difference. We also follow the three other competitors Shourav Dasari, Ashrita and Tejas Muthuswamy as they prepare to secure a spot in the finals of the 2017 edition. From hearing random words and looking up their spellings, to maintaining a database of words that gives a competitive edge, these stories offer an interesting insight into how these young students prepare each year.

The film aims to go beyond the competition aspect and Rega touches upon some familial and cultural aspects. We see that it is not just the immediate families of the four contestants in the US, but even their extended families back in India who are equally invested in their road to the finals. The deluge of racist comments and online trolls that contestants have faced in the past is also touched upon; an aspect that could have been explored a lot more in detail.

While Spelling The Dream does attempt to capture the sense of familiarity and belonging that former contestants have felt with the Spelling Bee, it also seeks to answer some questions about the important role that parents play. For this, the film effectively explores the perspectives of the parents in detail which works in its favour.

The latter part of the documentary is dedicated to a chunk of footage from the finals of the 2017 National Spelling Bee. While it does have several thrilling moments, the film would have benefited from delving more into the lives of the champions a lot more.

A still from ‘Spelling the Dream’

The sudden rise in the buzz surrounding the National Spelling Bee is also attributed to when ESPN began to telecast the finals. There’s a rather sweet moment when Shourav Dasari makes it to the finals and he grins and says, “I finally get to be a part of the night finals on ESPN, I’m going to brag to my friends. I don’t need to be an athlete!”

This year, the contest which was to be held in May was cancelled owing to the global coronavirus pandemic. The last time it was cancelled was from 1943 to 1945 during World War II.

For many of us growing up in India and have always wondered about the winners of the Scripps National Spelling Bee who would find a place in our newspapers, the documentary offers some fascinating insight. If you’re otherwise missing the thrill of a sporting event, watching Shourav trying to spell ‘P-R-O-M-Y-S-H-L-E-N-N-I-K’ comes pretty close.

Spelling the Dream streams on Netflix from June 3