Streaming in July 2020: Dil Bechara, Breathe Into The Shadows and more 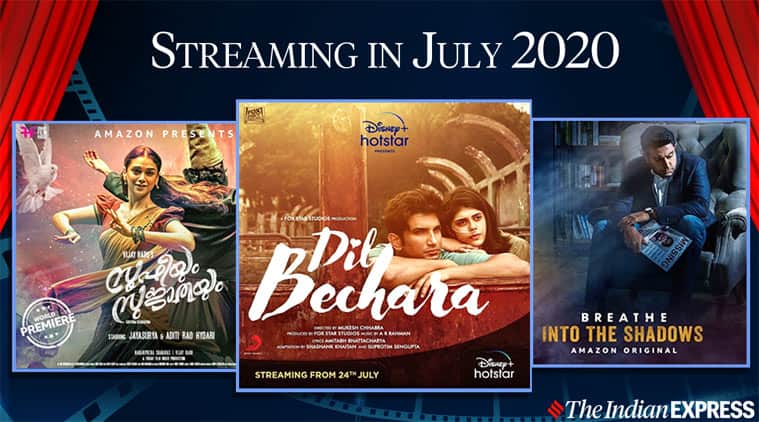 
Here is a list of movies and web series releasing in July 2020.

The coronavirus cases are showing no signs of slowing down in the country. People are anxious to move out of their homes, while the government has issued advisory urging people to stay indoors. In such a scenario, the streaming platforms are making sure to provide entertainment to everyone by padding their catalogue.

Check out our list of recommendations for the month of July.

Breathe: Into The Shadows 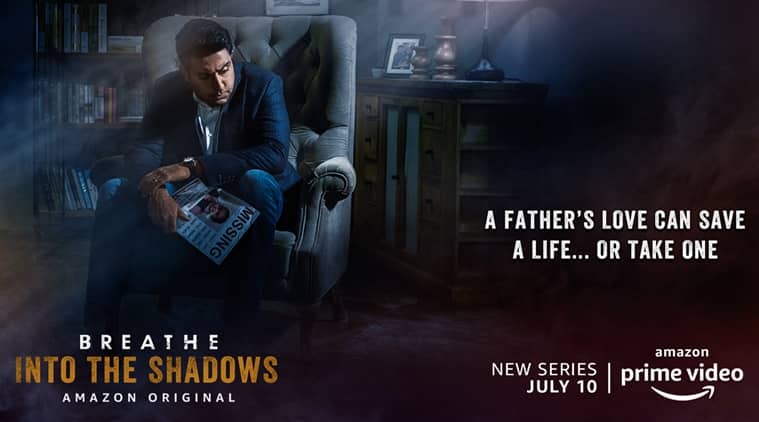 Starring Aditi Rao Hydari and Jayasurya, the Malayalam romantic musical Sufiyum Sujatayum is the story of Sujata, a girl from the upper caste who falls in love with a Sufi. Their love story faces condemnation from society and Sujata’s parents marry her off to a man of their choice. Jayasurya plays Sujata’s husband, but the actor says his character is not that of a typical husband. He knows about his wife’s love for another man, but he still tries to find ways to keep the family together.

The coming-of-age drama Hanna has been renewed for the second season. The series follows the journey of an extraordinary young woman as she evades the relentless pursuit of a sinister government agency, and tries to unearth the truth behind who she really is. 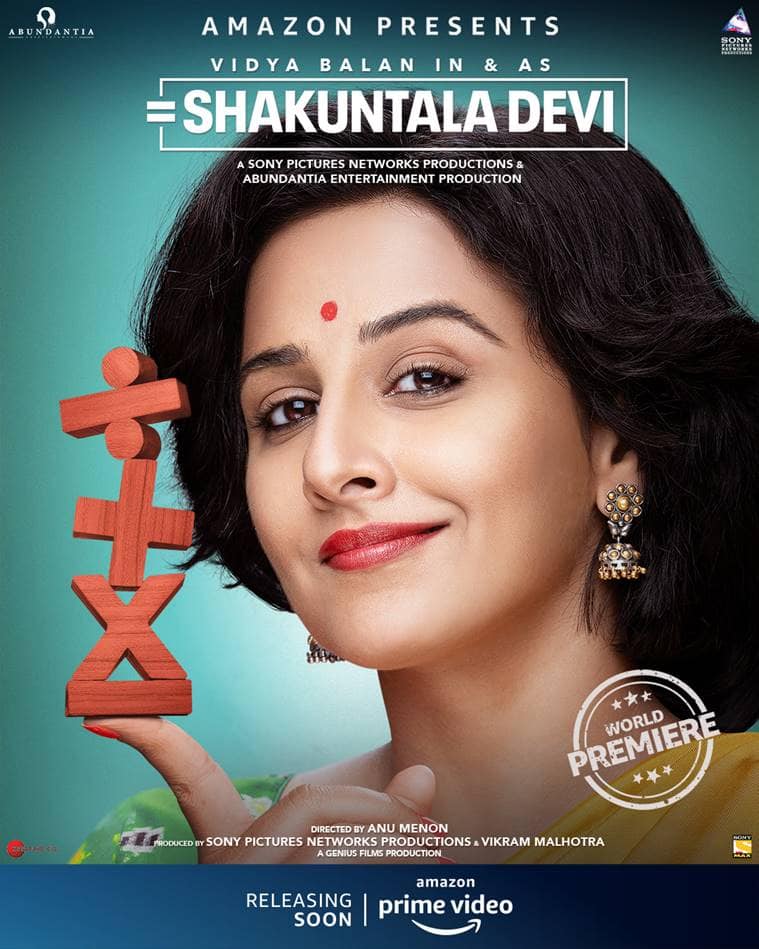 Written and directed by Anu Menon, the Vidya Balan starrer is a biopic of mathematics wizard Shakuntala Devi. She was popularly known as ‘human computer’ as she had incredible skills in calculations from a young age. The film also stars Sanya Malhotra, Amit Sadh and Jisshu Sengupta.

The makers of Kehne Ko Humsafar Hain 3 had earlier released 10 out of 18 episodes of the romantic drama. The remaining episodes released on July 1. The AltBalaji and ZEE5 web series portrays the complexities that plague marriages and how in a relationship not only one person is responsible if it goes downhill. It stars Mona Singh, Gurdeep Kohli and Ronit Roy in the lead roles.

A simple girl Kainaat Sahni (Shiv Jyoti Rajput) and a rich boy Sufiyaan Abdullah (Kushal Tandon) meet each other while pursuing their passion for journalism. They build a strong connection, but their world gets turned upside down when Sufiyaan’s family witnesses a rough patch and their business collapses. The web series also stars Karan Jotwani in an important role.

The edgy crime thriller is set in Sundarbans. The teaser of the web series showcases a murder and leaves you wondering if there is something more than what meets the eye. Helmed by Ashish R. Shukla, Undekhi stars Harsh Chhaya, Dibyendu Bhattacharya, Ankur Rathee, Surya Sharma, Anchal Singh, Abhishek Chauhan, Ayn Zoya, Apeksha Porwal and Sayandeep Sen. The dialogues have been penned by Varun Badola, who was last seen in SonyLIV’s drama series Your Honor.

Inspired by the Uri surgical strike of 2016, Avrodh is based on a chapter from Shiv Aroor and Rahul Singh’s book India’s Most Fearless. The web series features Amit Sadh, Neeraj Kabi, Darshan Kumar, Vikram Gokhale, Anant Mahadevan and Madhurima Tuli.

Directed by Nitin Kakkar, Ram Singh Charlie is a tragi-comedy. It has Divya Dutta and Kumud Mishra in the lead roles. The film follows Ramsingh, a Charlie Chaplin impersonator who works in a travelling circus. But one day, the circus shuts down due to financial crisis, and Singh has to work hard to make ends meet. To help his family, he starts working as a rickshaw puller. But his wife Kajri (Divya Dutta) tries to rebuild his confidence in his craft and become Charlie Chaplin again. 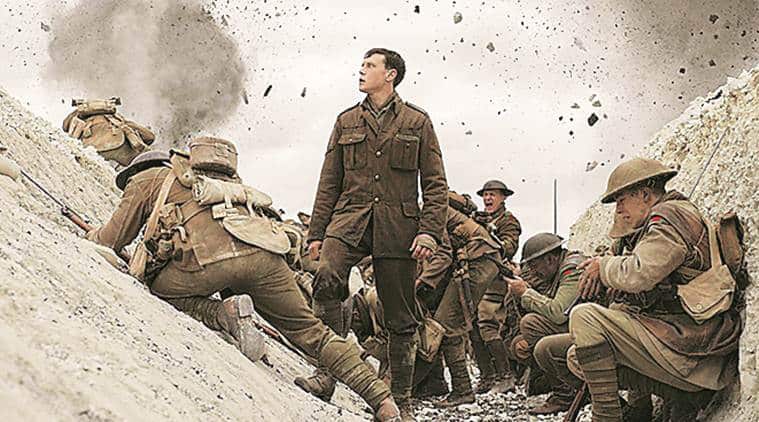 A poster of Sam Mendes-directed 1917

Sam Mendes’ Oscar-nominated World War I drama 1917 revolves around two British soldiers, played by George MacKay and Dean-Charles Chapman. They are commanded by Colin Firth’s officer to deliver a piece of information deep into the enemy territory to save 1,600 men, including the brother of Chapman’s character.

A five-part documentary series, Outcry examines the gripping story of high school football star Greg Kelley and a quest for truth and justice. The official synopsis of the series reads, “Few people experience the momentum that Kelley had going into his senior year in Leander, Texas. That all changed when he was convicted of sexual assault of a four-year-old boy, and sentenced to 25 years in prison with no possibility for parole. But a groundswell of support emerged for Kelley, calling into question the investigation, the prosecution’s tactics, and ultimately, the validity of the conviction.”

The dating reality series has a group of singles who come together and live in a stunning villa. They are on the lookout for romance but have to win the hearts of the audience as well. Their ultimate goal is to win the cash prize while forming deep connections with each other. 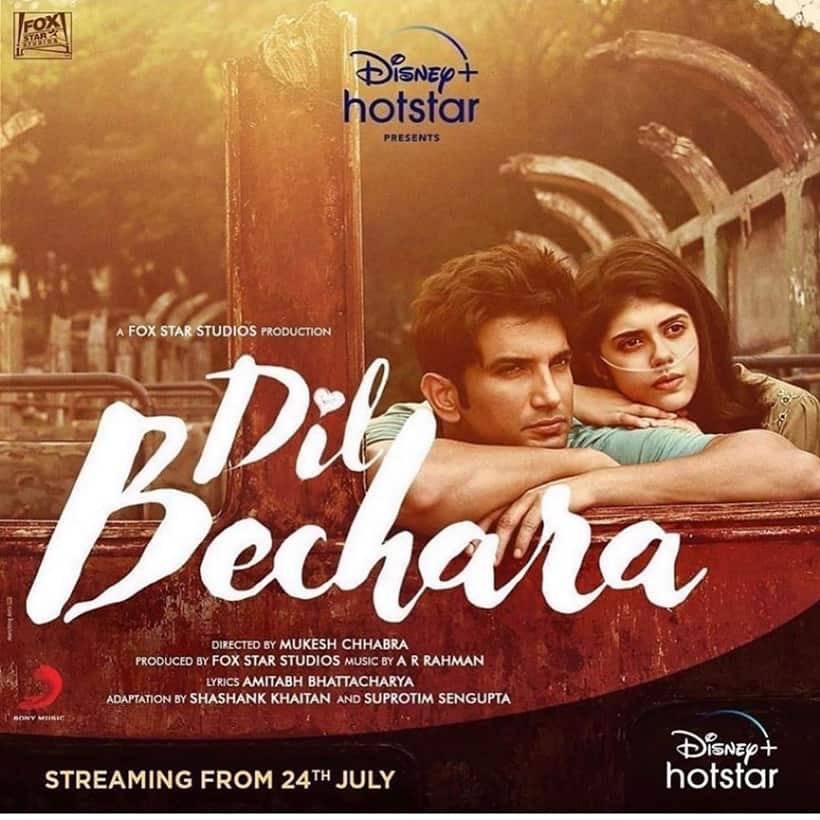 Sushant Singh Rajput and Sanjana Sanghi’s romantic drama is based on John Green’s bestseller The Fault In Our Stars, which was also adapted into a Hollywood film of the same name. The movie marks the directorial debut of casting director Mukesh Chhabra.

Mafia is a psychological thriller which narrates the story of five friends whose college reunion ends up in a murder. The official description of the series reads, “Six college friends reunite after 5 years for a bachelorette party in the jungles of Madhupur, where their horrifying past comes back to haunt them.” Directed by Birsa Dasgupta, the series features Namit Das Tanmay Dhanania, Isha M Saha, Anindita Bose and Madhurima Roy in pivotal roles.

The comedy-drama stars Urvashi Rautela as Bhanupriya, a conservative girl who wishes to lose her virginity but fails in every attempt. A soothsayer predicts that it is an impossible task for her and will never happen in her life. What happens next forms the narrative of the film helmed by Ajay Lohan. It also stars Gautam Gulati, Archana Puran Singh, Delnaaz Irani, Rajiv Gupta, Brijendra Kala, Niki Aneja Walia and Rumana Molla.

Based on the graphic novel series of the same name by Greg Rucka and Leandro Fernandez, The Old Guard is an action film starring Charlize Theron as an immortal warrior named Andy. Directed by Gina Prince-Bythewood, the film revolves around Theron’s Andy and her group of mercenaries who are immortal. The group is recruited for an emergency mission, but their special powers are exposed. Now, they have to protect themselves while training their newest recruit Nile (KiKi Layne).

“Armed with mysterious powers and a legendary sword, young rebel Nimue joins forces with charming mercenary Arthur on a mission to save her people,” reads the official description of Cursed. Based on the bestselling novel by Tom Wheeler and Frank Miller, the series stars Katherine Langford in the lead role.

Tom Hanks’ naval war drama Greyhound is set during World War II, and is based on the 1955 novel The Good Shepherd by C S Forester. Directed by Aaron Schneider, the film also stars Stephen Graham, Rob Morgan and Elisabeth Shue.