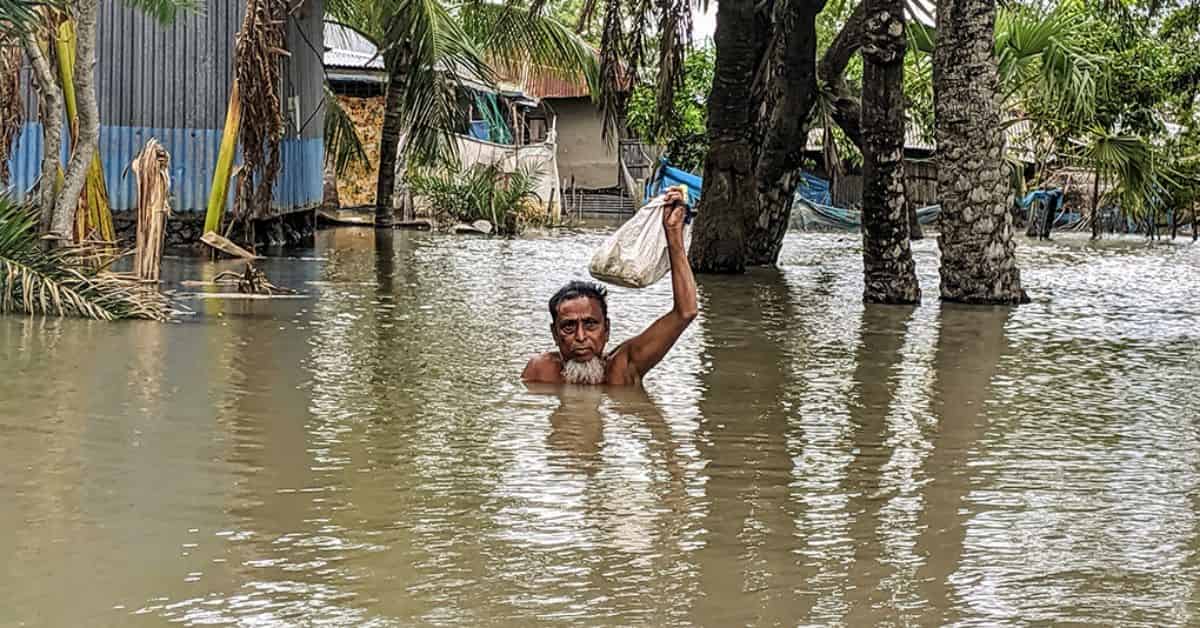 In the aftermath of Cyclone Amphan, with homes and livelihoods washed away, most residents in Bangladesh try to survive, some migrate.

Sahil Uddin Moral, 57, used to work as a labourer to support his family of six. They live in Kurikahnia, a village in the district of Satkhira, south-west Bangladesh. In May, Cyclone Amphan washed away their hut. Moral has no money to build another, and no work as the cyclone destroyed the fisheries where he used to work.

“How do we survive now?” Moral said. “I have no way other than leaving Satkhira. I am going to Sylhet [in north-east Bangladesh] tomorrow. I have some relatives there who left Satkhira a few years ago. If I can get some work, I will take my family members there.”

Cyclone Amphan made landfall in West Bengal, India, on 20 May, and devastated the area, with indigenous residents worst affected.

The effects were just as severe in Satkhira, the adjacent district in Bangladesh. The cyclone washed away embankments, homes and the fisheries on which thousands of families used to survive.

Moral said, “During the cyclone, we were at the cyclone shelter. When we returned, we found water everywhere. We don’t know how we will recover from this damage.”

According to government estimates, approximately 150 kilometres of embankments – meant to protect villages and farms from storms and high tides that bring saline water to this coastal region – were washed away, 55,667 houses damaged beyond repair and 18,235 drinking-water points destroyed. Many freshwater ponds are flooded with saline water.

These photographs were taken a few weeks later.

After Cyclone Amphan, saltwater submerged farms, ponds, homes and roads in Shyamnagar, a town in Satkhira. With saltwater flooding freshwater ponds, a few half-submerged tube wells are the only sources of drinking water in the village of Assashuni. Where even tube wells are under the floodwaters, residents have to queue up and wait for officials or NGOs to distribute drinking water. This may be the only time when the distance mandatory during the Covid-19 pandemic is maintained. Men are conspicuously absent from these queues. 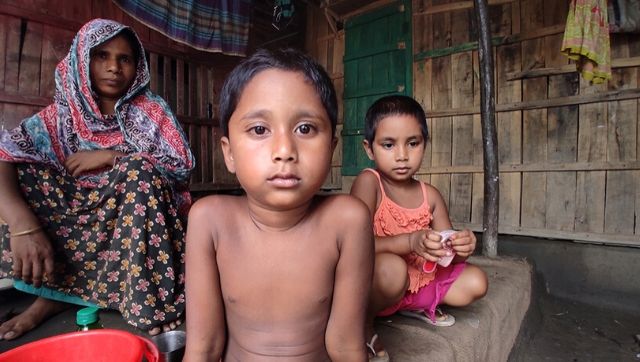 Five-year-old Nazmul (foreground) was swept away by the tide when Amphan struck his village, Kurikahnia. Found two days later, he now does not want to go out of his home. After losing their home to Amphan, this family of Pratap Nagar rebuilt in the only space available, right next to a body of water where the level rises almost to their new home every high tide. It takes a lot of time and effort to light the damp clay stove. With all grazing land flooded, residents of Chakla village have to transport their livestock to another village on higher ground. Without waiting for the authorities, residents of Bonnyatola repair the embankment that used to protect the village from saltwater but was breached during Cyclone Amphan. After Cyclone Amphan destroyed his home in Nebubunia village near Gabura, Shohrab Hossen rebuilds next to the river, because there is no other space. Why are the embankments not maintained properly by the “big people”, he asked. With their home still under construction when Cyclone Amphan ravaged the region, this family of Bonnyatola village prepares to emigrate to an uncertain future. With their home washed away and farm inundated with saltwater by Cyclone Amphan, a family moves out of Bonnyatola.

Feature image: Eighty-year-old Karim Gazi first lost his home in 2009 to Cyclone Aila. He built a new home in Bonnyatola village near the Kholpetua river in the district of Satkhira, south-west Bangladesh. Cyclone Amphan washed away his new home.

— All photos by Inzamamul Haque

The Third Pole is a multilingual platform dedicated to promoting information and discussion about the Himalayan watershed and the rivers that originate there. This report was originally published on thethirdpole.net and has been reproduced here with permission.