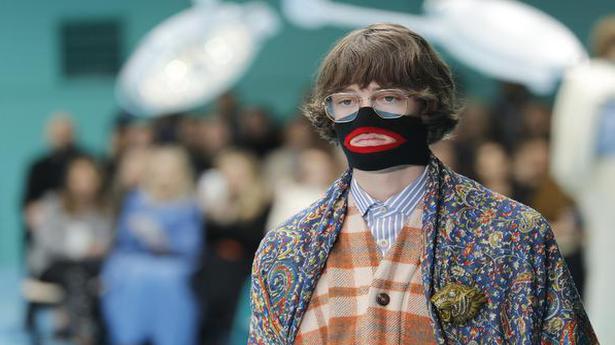 When luxury fashion lined up social media posts to show solidarity with Black Lives Matter protests, brands got a whole lot of blowback.

Transgender model and actress Munroe Bergdorf jumped on L’Oreal’s ‘BlackoutTuesday’ posts to accuse the beauty brand of hypocrisy for having fired her three years ago when she complained about racism in strong language. American actor Tommy Dorfman, who appears in a recent campaign for Salvatore Ferragamo, called out the Italian luxury brand for what he called a “homophobic and racist work environment.”

And ordinary Instagram followers piled on, challenging fashion houses to do more than post a black square on their virtual real estate, to instead make runways, magazine covers, boardrooms and creative studios living showcases of diversity.

Global fashion brands have faced racial backlashes in the past, notably in the wake of scandals like the Gucci knitwear recalling blackface, Prada’s Little Black Sambo bag charm and Dolce&Gabbana’s anti-Asian comments.

The U.S protests against systemic racism, which are spreading around the globe, are also putting the spotlight on the fashion world in its role as a cultural beacon, and emboldening insiders — some with lucrative deals that often assume their discretion — to speak up.

“People have the fire under their bottoms,” said Tamu McPherson, an American content creator based in Milan who collaborates with top luxury brands. “Their stories are strong and their voices are being heard. If they industry ignores them, they can be kept accountable. Everyone is sharing, and corroborating, their stories.”

McPherson has been working with luxury brands in Milan, Paris and New York since 2013, contributing to digital campaigns, story-telling and in-house diversity training.

“In seven years, I am still one of the only black people invited into those spaces. That is unacceptable,” said McPherson, who urged greater racial inclusion in a letter posted June 6 on her All the Pretty Birds website, in which she described the fashion industry as “steeped in racism, anti-Blackness and white privilege.”

Ferragamo courted criticism when it responded to the protests with a post that said, ‘No one is born hating another person because of the color of his skin, or his background, or his religion.’

Dorfman shot back that people at the fashion house “have said heinous, transphobic, body phobic and racist things directly to me. I called them out every time and they promised to change.”

A person close to Ferragamo said that the brand is committed to inclusivity, noting that it features models of all colors in its runway shows. Nearly half of Ferragamo’s Fall 2020 runway models were of diverse races.

The pushback against the industry has had some early results. Bergdorf, who was sacked as L’Oreal UK’s first openly transgender model in 2017 for decrying “the racial violence of white people,” has now accepted a role as consultant on the U.K. Diversity and Inclusion Advisory Board to help “influence and inform the brand.” The offer came after she highlighted the hypocrisy of the beauty company’s June 1 statement that it “stands in solidarity with the Black community, and against injustice of any kind … Speaking out is worth it.”

The Fashion Spot, which has been tracking diversity on runways and magazine covers, has reported progress since launching its surveys in 2015. The Spring 2020 season had the highest level of diversity on runways in the four main fashion cities of Paris, Milan, New York and London, at 41.5%, only to dip for the Fall 2020 shows, to 40.6%. That remains an improvement from 17% in the website’s inaugural survey for Spring 2015.

New York and London have led in diversity, while Paris and Milan tend to lag, according to the Fashion Spot’s data.

After her post, McPherson said she has gotten feedback from some brands that her appeal was being shared internally.

Need of the hour

“The focus truly is on getting representation of Black, Indigenous and people of color integrated and hired at all levels of an organization, especially in decision-making positions and senior roles where they can advocate, educate and inform decisions,” McPherson said. “Now is the opportunity to rebuild.”

After coming under fire for designs deemed racist, both Gucci and Prada last year announced long-term strategies to both promote diverse voices that have not been properly represented in fashion, including with scholarships.

This time, the reckoning has gone to the fashion world’s highest levels. Anna Wintour has apologized in an internal email for not doing enough to elevate Black voices and publishing images and stories that have been racially and culturally “hurtful and intolerant” during her 32-year tenure at Vogue. Her comments came as Samira Nasr was named the first editor in chief of color in the 153-year history of U.S. Harper’s Bazaar.

Supermodel Naomi Campbell — the first Black woman to appear on the cover of French Vogue — is publicly calling for equal pay for models of color and more representation, while acknowledging that in the past she has chosen to deal privately with such issues.

“It is not something I call out, because I am personally someone who wants to rise to the challenge,” she told CNN. But she said, “in my business, it has gone on for long enough.”