Tales of myth, suspension and violence shine in this multi-disciplinary show 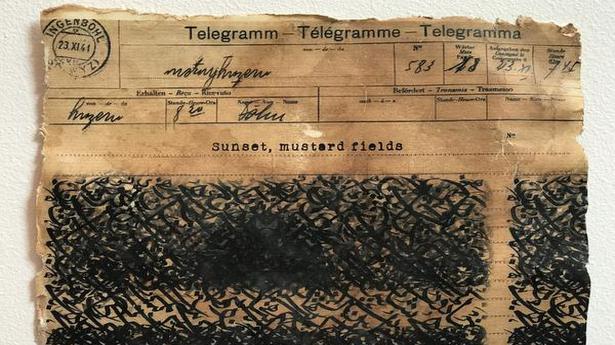 An archive of birds accused of espionage by various nations features mugshots of these ‘seemingly dangerous’ creatures with detailed investigation reports. Artist Moonis Ahmad Shah’s multimedia installation — The Birds are Coming — leaves the viewer with a story; the credibility of which is left to them to decide.

In the form of light boxes holding UV prints, accompanied by QR codes that impart each bird’s confidential files, the installation challenges the viewers’ experience of violence.

The Birds are Coming is one of the many works currently on display at Vadodara-based Gallery Ark, as part of the show titled: ‘A Voyage of Seemingly Propulsive Speed and an Apparent Absolute Stillness’.

The show, which is now available for free online viewing, features artists Arshad Hakim and Sarasija Subramanian alongside Moonis.

It dabbles in three common concepts: myth, suspension and violence. While Arshad works a lot around non-linear cinema — repurposing materials that could be considered as evidence of past events, like old photographs, text and clips — Sarasija presents an alternate reading of biodiversity. Moonis, on the other hand, questions territorial claims by exploring concepts like surveillance, mass-migration, borders and binaries. 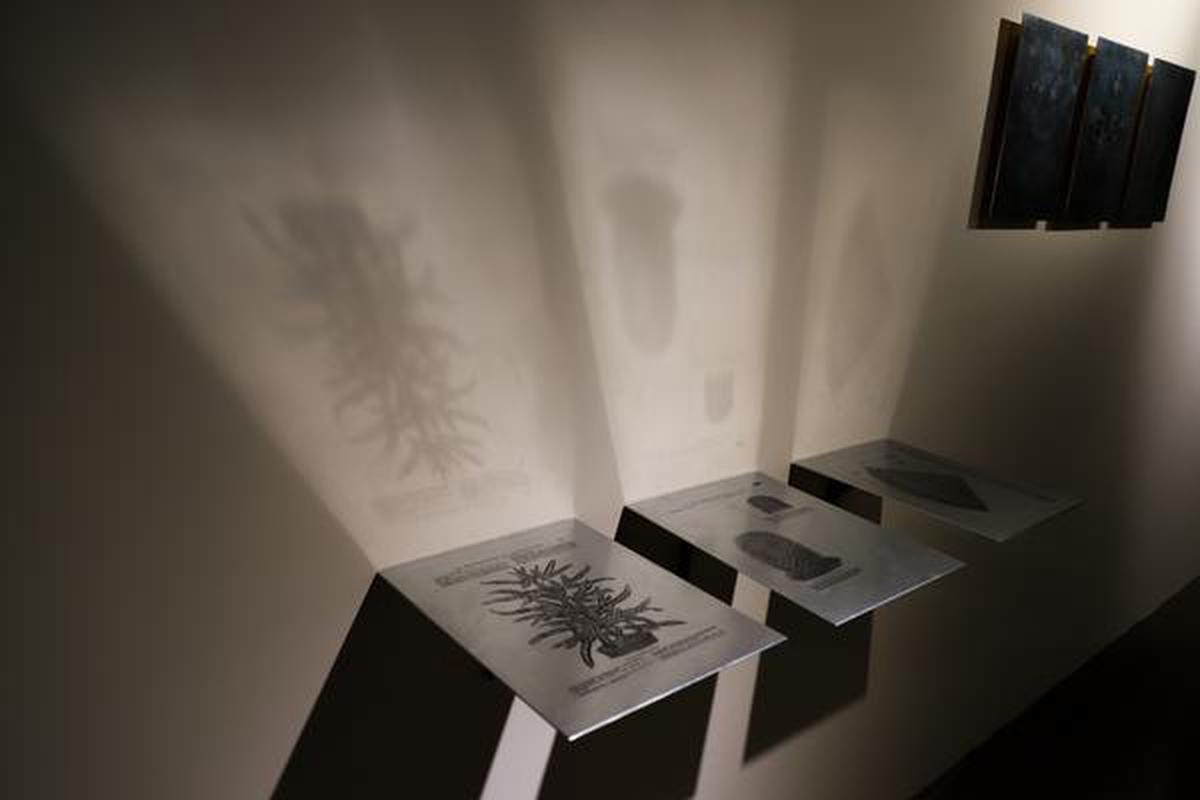 Aaiushi Beniwal, the curator, says, “All three of them have a highly multi-disciplinary practice. The way they research, and use documentation and archiving as part of the process is very similar.”

The show’s mouthful of a title is a line from an audio piece that accompanies Sarasija’s 27-feet-long scroll work named ‘Sea Monsters’. This particular work marries myth and reality beautifully.

Through the scroll, Sarasija talks about mythical sea monsters that often represent unrequited love, based on legends from Ireland and parts of Northern Europe, where the sea is considered a mysterious entity.

“Myth, traditionally, was reality for some. Arshad uses myth as a visual to explain the legend behind ouroboros. Sarasija takes botanical references, uses known facts and adds a different reality to them. With Moonis, it’s a different kind of myth-making. He uses arbitrary news articles and creates his own fiction,” explains Aaiushi. 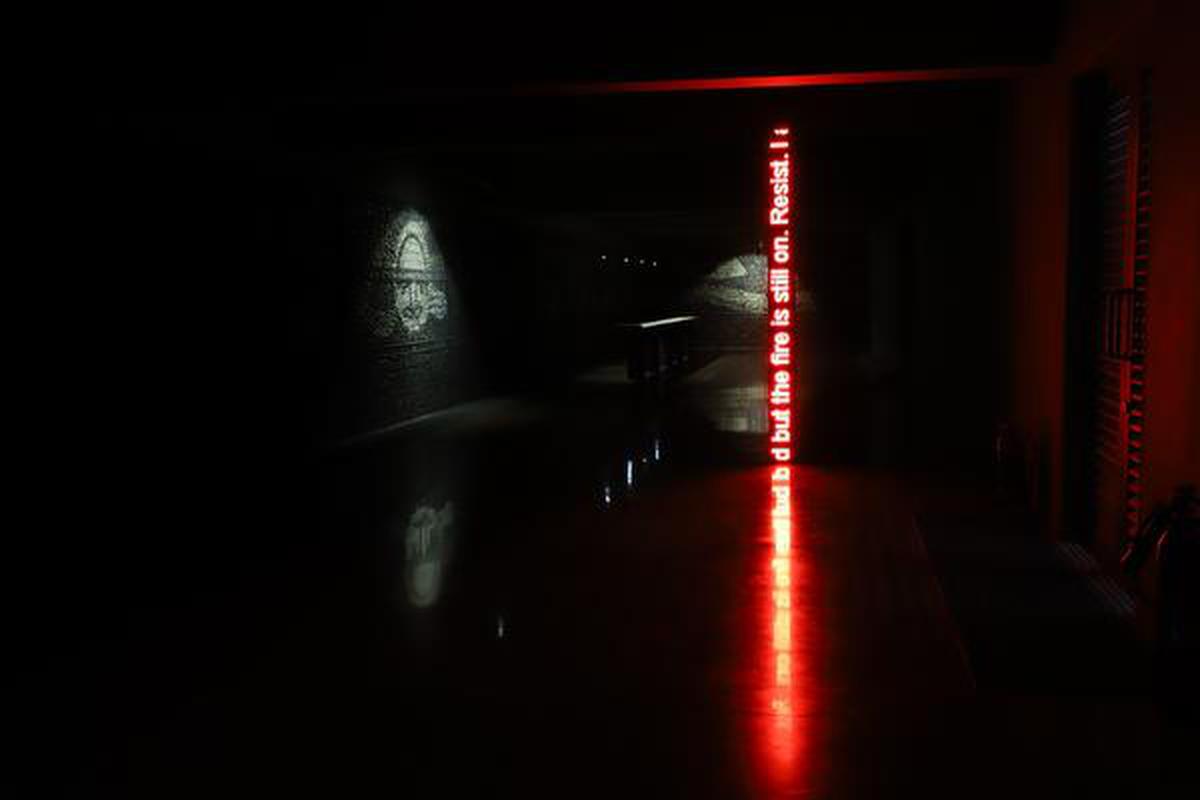 For instance, The Birds are Coming begins from a newspaper article Moonis stumbled upon. It said that a pigeon which was suspected to be a spy was jailed. On the other hand, Arshad’s ‘Ouroboros’ is an LED strip that tackles the cyclical nature of desire and exhaustion.

Though the show is bound to its space, the online display presents good documentation of the artworks, in terms of photographs and text accompaniments. “The challenge was to recreate the experience, as close to reality. Going digital was a long-term decision and which also makes [the show] accessible to all. We are about to launch a 3D model of the gallery where the space has been recreated inch by inch based on real dimensions,” adds Aaiushi.

Appointments to be made if people wish to visit the space physically. The show will be available for online viewing or otherwise till July 18. Visit http://galleryark.viewingrooms. com/viewing-room/2 or Gallery Ark, Krishna Industrial Estate, Vadodara.

Previous articleBoris Johnson says Covid-19 has been a disaster for Britain – Times of India
Next article‘Congressisation’ of MVA led to killing of sadhus in Palghar, says Smriti Irani