Tata HBX to launch next year 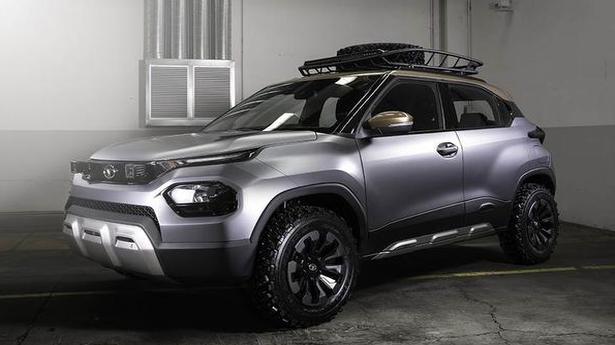 Tata has confirmed that its all-new mini-SUV, based on the HBX concept, will be launched in 2021. The HBX was unveiled at the Auto Expo earlier in the year as a close-to-production concept of the brand’s upcoming mini-SUV. The production SUV was originally expected to be launched in the second-half of this year, but the shutdown caused by the coronavirus pandemic could potentially delay its introduction.

There will be no diesel engine on offer, but Tata is working on an all-electric version of the HBX, which should arrive in a couple of years. The production HBX will be Tata’s second model based on the new ALFA platform, with styling expected to be carried over from the near-production concept showcased at the Auto Expo.

Much like the exterior, most of the production-spec HBX’s interior, too, is likely to remain the same as that of the concept, minus some of the trinkets. Talking about features, the Tata’s mini-SUV is expected to get a part-digital instrument cluster, automatic climate control and a free-standing touchscreen for the infotainment system. Gearbox options for the HBX will most likely include a 5-speed manual and an AMT.

The HBX will be the entry-level SUV from Tata Motors and will slot below the Nexon in the company’s range, with its closest rivals being the Maruti Ignis and the Mahindra KUV100, which is also set to go down the petrol-only route. Expect Tata HBX prices to be in the range of ₹ 4.5 to 7.5 lakh (ex-showroom).

ABOUT US
We’re impartial, independent & every day we create distinctive world-class programmes & content which inform educate millions of people around the world "World News Xpress" provide you with the latest breaking news, videos and much more..
Contact us: [email protected]orldnewsxpress.com
FOLLOW US
© Powered by WorldNewsXpress 2020
Live Updates COVID-19 CASES