Tejashwi seeks to wash away RJD’s sins with an apology; NDA smirks 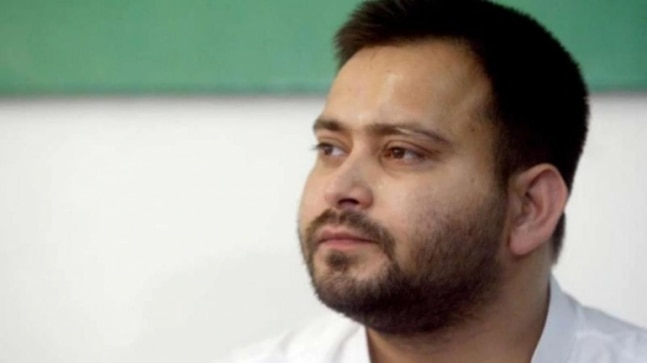 Pardon sought from the people by RJD leader Tejashwi Yadav for “mistakes” that might have been committed during the 15 years when his parents ruled Bihar as successive chief ministers drew snide remarks from the ruling JD(U)-BJP combine on Friday.

Yadav, who is now leading his party as its Chief Ministerial candidate for the assembly polls due in a few months, made the charm offensive at a party function in Patna on the previous day.

“I was young when the party was in power. Still, if there were any mistakes, I apologize for that,” Yadav, a former deputy chief minister, who is now the leader of the opposition in the state assembly, had said.

The 30-year-old made the remarks in response to the “15 years versus 15 years” narrative being built by the NDA, which has ruled the state since 2005 barring a four-year-long period when Chief Minister Nitish Kumar who heads the JD(U) had remained out of the BJP-led coalition.

The younger son of Lalu Prasad and Rabri Devi also sought to rouse public sympathy by asserting “no wrongdoings took place under my watch” referring to the less than two years long period when he served as the deputy to Kumar, with many plum portfolios.

Kumar had snapped ties with the RJD-Congress combine and returned to the NDA expressing disgust over stout refusal of Tejashwi Yadavs party to the demand that the young deputy chief minister tender his resignation till his name was cleared in money laundering cases for which the government was coming under relentless attacks.

In his speech on Thursday, Yadav had also mounted an attack on his former boss for his failure to rein in large- scale exodus of work force from the state because of abject lack of employment opportunities back home.

“The claims of good governance lay exposed before the whole country during the recent lockdown. Migrants were moving back to their homes in all states. But if one state stood out for very large number of such displaced people, it was Bihar,” Yadav had said.

JD(U) spokesman Rajiv Ranjan Prasad rebutted Yadavs allegations against the Nitish Kumar government and asserted that the people of Bihar would not be taken in by “attempts at an image makeover in the election season”.

“People still shudder at the memories of the dark age when caste wars and kidnappings for ransom committed by anti- social elements patronized by those in power were the norm. Not just ordinary labourers but even doctors, engineers and professionals of all hues had to flee for their safety,” Prasad alleged.

BJP spokesman Nikhil Anand, whose party likes to give Lalu Prasad no quarters, said the RJD “will never be forgiven by the people of Bihar, just like the people of the country will never forgive China and Pakistan, for their anti-India stance, and the Congress for the massacre of Sikhs and messing up Jammu and Kashmir”.

Anand pointed out that Yadavs antics came “15 years after the 15-year-long misrule of his party came to an end” and wondered why no regret has ever been expressed by the RJD supremo, now in Ranchi serving sentences in fodder scam cases, himself.