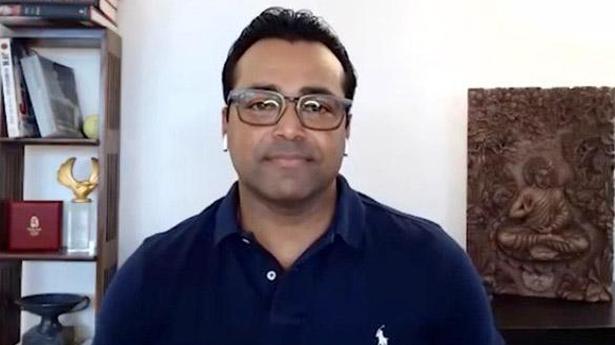 Ever willing to share his rich experience, the 47-year-old, addressed as ‘forever young’ Paes by Radhakrishnan Sreenivasan in his chat show, addressed a few salient points.

Stressing that adapting to the new normal would be the way forward in the post-pandemic world, Leander said that he had reinvented himself multiple times in his three decades as a professional.

“We have to reinvent ourselves. Many have to look at other opportunities for a living. The world is going to be different. Maximising your skill-set is the call of the day,” said Leander, about the stark realities of the impending future.

Conceding that he has had a “blessed career”, Paes said that he was able to appreciate the time on hand in the current scenario and be with his family.

“No matter how good, a hotel is only four walls and a TV,” he said, looking back at those 40 odd weeks in each year that he spent travelling.

In a sport that is so rich in competition across the world, Paes said that he had to maximise on his ‘God-given talent’, with hard work and a strong mental attitude.

“I sleep only about five to six hours a day. I channelise the time to train myself to be better. So, when I compete with the others, I am physically and mentally sharper,” said Paes.

Stating that he had a collection of nearly a thousand racquets that can trace his career graph, Paes said that he resumed playing tennis recently with a wooden racquet to take up the challenge of hitting the sweet spot within a small frame.

Learning from the best was his mantra, Paes said, and observed that “creativity and learning skill will move you to the forefront.”