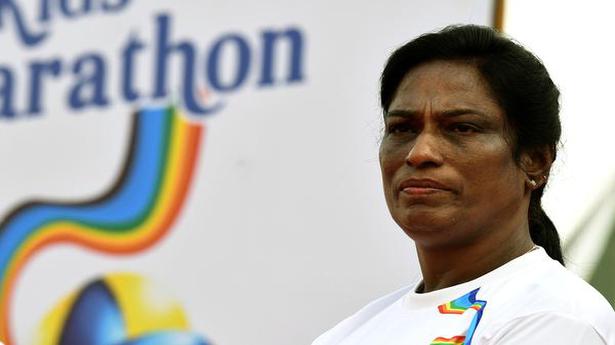 She was training in London for the 1986 Commonwealth Games when news broke that India would boycott the event in Edinburgh. Naturally, P.T. Usha was shattered.

“The Games were just a few days away and I was very disappointed, I was in very good form then and expected two golds — in the 400m and 400m hurdles. And, I had trained very hard for months in London,” said Usha in a telephonic chat with The Hindu on Monday.

India had pulled out in protest against Britain’s stand on South Africa’s apartheid policy. A month later, at the Seoul Asian Games in September, Usha went on to win four golds and a silver.

“Of course, the current situation is different… one can understand the uncertainty over this year’s Tokyo Olympics because of the coronavirus pandemic. Human lives are much more precious than anything in sport,” said Usha, the Golden Girl of Asian athletics in the ’80s.

“The Olympics can wait. When you see the happenings around you, especially the situation in Italy, where thousands of lives have been lost, you feel so emotional.

“We are staying positive, hoping that this will go away soon. We are happy that efforts are being made here to ensure the deadly virus does not reach the third stage,” she said.

With Canada and Australia pulling out of this July’s Olympics, it is now almost certain that Tokyo 2020 will have to be postponed. The International Olympic Committee is also thinking of such a step.

Usha feels having the Olympics in mid-2021 would be ideal.

“There are some who want the Olympics to be held in that specific four-year cycle, but considering the coronavirus situation, I feel it should be postponed to next year and all countries should be able to send their best athletes,” said Usha.

“The Olympics is not something we should be in a hurry to have, even if there are a couple of positive coronavirus cases in the Games, if they are held this year-end, they will have a huge negative impact.”

Swimming (in Fukuoka, Japan, July 16-Aug. 1) and athletics (Eugene, US, Aug. 6-15) will have their respective World championships next year and Usha feels that this 2021 July-August period could be used to have the Olympics instead.

“Also, we have the swimming and athletics Worlds every two years while the Olympics are held once every four years. But pushing the Olympics to 2022 (as Carl Lewis has suggested) will not be good. That will be too long a postponement, that is not needed. 2021 will do.”

She also felt the Olympic qualification period should be extended to suit the new dates and those who had made the grade earlier should be accommodated.