Did Kerur Vasudevacharya write an ‘original’ Sherlock Holmes story in Kannada? It looks plausible. Along with being a novelist and playwright, Kerur Vasudevacharya was also one of the earliest to write short stories in Kannada. Among Kerur’s short stories are three Sherlock Holmes’ stories. Two of these are ‘rewritten’ (adapted translations) from their English originals and the third, from all indications, is a non-canonical/pastiche Holmes story (i.e., not written by Arthur Conan Doyle), apparently conceived, created, and written by Kerur in Kannada. All three stories appeared for the first time in 1916 in different issues of the Kannada magazine, Sachitra Bharata. These three stories were brought together as a separate section in a volume of short stories by Kerur called, Toleda Muttu in 1952.

Belli Chikke is adapted from Silver Blaze and Aparaadhigala Samshodhakanu Maranonmukhanadaddu from The Adventures of a Dying Detective. The original stories are Kannadised and Sherlock Holmes’ and Dr. Watson’s names are transcreated so that there is close phonetic similarity between the English names and the adapted Kannada ones.

Sherlock Holmes becomes Saralaksha Hulimeese – one with sharp eyes and sports a moustache like a tiger’s, an apt name in Kannada that combines his two celebrated qualities – sharp powers of observation and fearlessness. Dr Watson becomes Pandita/Vaidya Vatatmaja, which in Sanskrit means ‘Son of Vayu, the God of Wind.’

Belli Chikke appears to have been written first, because Vatatmaja introduces us to Saralaksha Hulimeese, extolling his astounding powers of observation and deduction, prodigious knowledge, and virtues. The sequence of events follows the original, but there are inserts and a couple of significant omissions. Saralaksha and Vatatmaja live in a fictional place called ‘Ramarajana Rajya,’ a modern town that has a railway station and telegraph service. They go by train to Vatapipura, and from there, by road to Devigudda, the crime-scene towns. Kerur inserts a brief narrative about the mythological origins of Vatapipura and also gives it a historical past. Kerur admired classical Sanskrit plays and as the group travels in an open landau from Vatapipura to Devigudda, he inserts an elaborate description-of-nature paragraph and a reference to Kalidasa’s play, Ritusamhara.

Kerur also inserts a conversation in the narrative where Saralaksha is asked how a Brahmin family like his acquired the ‘Hulimeese’ surname. Kerur again creates a backstory where Saralaksha becomes a descendant of Bhattanarayana, the author of Venisamhara. Most curiously, many people who appear in this story have North-Indian Hindu names – the owner of the horse is Subedar Rasbehari, the horse-trainer is Thakur Singh, his wife is Kunwar Bai, the cloth merchant is Magani Ram Chandulal, the watchman is Gangadeen. However, the police inspector, Krishna Bhujanga appears to be a Kannadiga. Significantly, Kerur gives Muslim names to all those who are shown as suspects – Mohammed Ibrahim, an out-of-luck gambler, Jaffer Sait, the owner of the other horse-stable, and Ghulam Hussain, his horse-trainer. This is a major departure from the original. Kerur also expunges the original character of the mistress of the horse-trainer. The mistress had a taste for expensive clothes and this trait is merged with the character of the horse-trainer’s wife, Kunwar Bai, here. He also takes a sarcastic dig at newspapers that spread rumours and false news and inserts names of two newspapers with satirical names – Suddi Soorakka and Vrittaviparyasa – in the story. These additions and omissions do not in any way interfere with the plot, but in a way throw light on Kerur’s sensibilities.

Aparaadhigala Samshodhakanu Maranonmukhanadaddu adapted from The Adventures of a Dying Detective was written after Belli Chikke. This adaptation does not have any additions to or omissions from the original English. The names of doctors, Dr. Deshmukh and Dr. Yashwantrao Nadgir, are of Maharashtrian origin and we have two brothers who have Tamil names, Kalyanasundaram Mudaliar and Somasudaram Mudaliar. The police inspector, Govinda Rao, appears to be a Kannadiga. Apart from these, this adaptation sticks closely to the original sequence of events.

As soon as one starts reading Kerur’s third Holmes story, Vismayajanakavada Himseya Kramavu, one realises that it is different. Here, the lead characters’ retain their original English names – Sherlock Holmes and Watson. The story is set in England and naturally, all characters and places have English names. There is no ‘trans-location’ or ‘trans-creation’ as in the other two stories here.

But amidst descriptions of upper-class Victorian England and of another unnamed European city, with people smoking cigars, drinking wine, singing English songs, riding in phaetons and hansoms, etc., we read a typical classical kavya-style description of the main woman character, Diana Campbell. She is described as ‘meenakshi’ ‘a beautiful woman with fish-shaped eyes,’ ‘with lips red like a ripe bimba fruit,’ and whose voice is sweeter than a cuckoo’s. Diana is also seen singing an English song at the beginning of the story, and the opening line of the song is given in English! So, there is a curious yoking of heterogeneous concepts, of Victorian images and Indian metaphors, in a story peopled with English characters.

The other fact that stands out is Holmes and Watson appear rather late in the story. For a long time the story reads like a tale of suspicion, passion, unrequited love, deceit, greed, cruelty, etc., that involves Valentine Digby, Diana Campbell, Amelia Campbell, and George Campbell. By the time Holmes appears in the story, there is nothing left to investigate and he only succeeds in finding out how the murder was committed and what was done to the remains. The murder could not be prevented because Holmes was informed very late and the suspect could not be arrested because there is no evidence. Holmes’ reference to Diana Campbell as, “… Here’s a woman who defeated even me!” that forms the closing line of the story, reminds readers of another woman, Irene Adler, who got the better of Holmes in A Scandal in Bohemia.

There are very few references to these ‘Holmes’ stories in Kannada literary analyses of early short stories. In the introduction to the collected short stories of Kerur Vasudevacharya, G. M. Hegde says Kerur wrote three detective stories adapted from Arthur Conan Doyle and was instrumental in creating a readership for crime fiction in Kannada. Hegde refers to Vismayajanakavada… separately as if there is something different about it but stops just there. Prahlad Mudgal, author of Kerur Vasudevacharyaru, devotes some space to look at this story critically. He says he has not been able to locate an ‘English original’ for this story among Conan Doyle’s Holmes stories and that makes it difficult to determine the origins of this story, but believes that this story is a translation.

There is no doubt that Vismayajanakavada … is not a translation of any of the canonical Sherlock Holmes stories. No trace of this story appears in the online database of 8864 non-canonical pastiche Holmes stories created by Holmes scholar Philip K. Jones of the Amateur Mendicant Society of Detroit, Michigan. This database contains details such as title, author, source/collection, format, media, and principal character/s (other than Sherlock Holmes). A detailed search within this database showed that there was no story with a similar title and none of the stories had either of the two names as their main characters.

It is quite possible that Kerur took a non-canonical pastiche Holmes story available at the time, changed the names of the principal characters and translated it into Kannada. It is also possible that Kerur wanted to show he was capable of writing an ‘original’ Holmes story and he wanted to do it by keeping everyone and everything where they originally belonged, and not by Kannad-ising them. So, based on all existing evidence, it appears that Vismayajanakavada Himseya Kramavu is probably one of the earliest or possibly even the first non-canonical pastiche Sherlock Holmes story to have been written in Kannada or any Indian language.

My English translation of Vismayajanakavada Himseya Kramavu as An astonishing method of torture published in Translation Today (Vol. 11, Issue 1, 2017) can be accessed here: http://www.ntm.org.in/download/ttvol/volume11-1/Art_10.pdf) 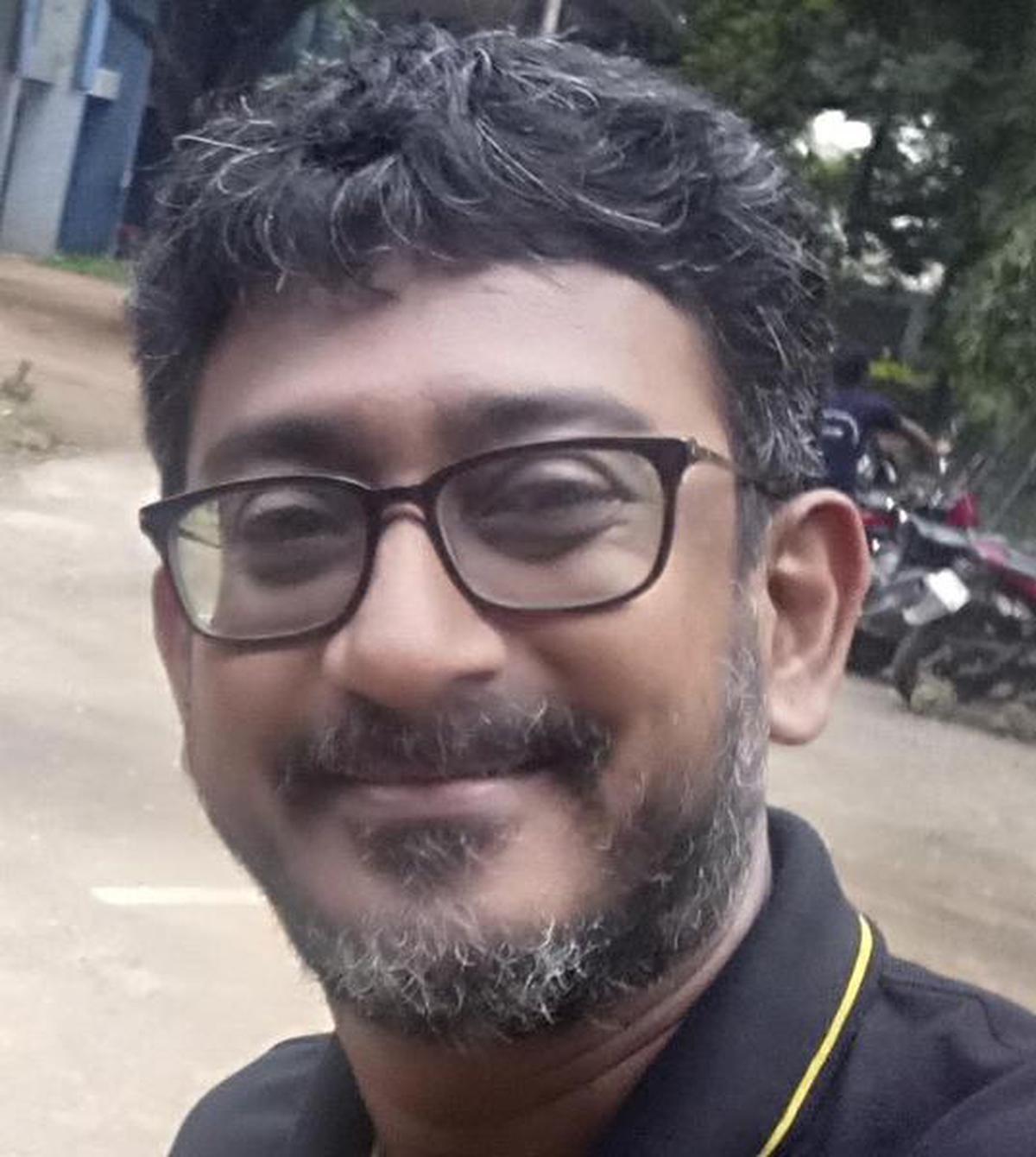 S. Jayasrinivasa Rao is a literary historian and translator living in Hyderabad. He is a teacher at Aurora’s Technological & Research Institute, Hyderabad. [email protected]