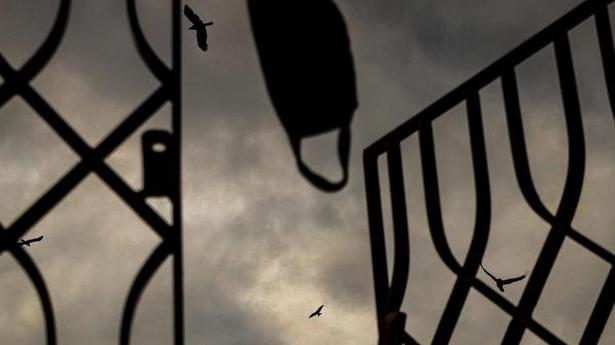 When street photographers look inwards – literally and metaphorically – a series such as the In-Street Street Photography Collective’s ‘Lockdown Project’ comes to be. Confined at home during the lockdown, five photographers from the seven member group clicked images which are part of a project presentation uploaded on YouTube. Each year a topic is selected around which the photographers work, this year’s pivoted around the lockdown.

In-Street, formed in 2017, comprises Manish Khattry, Saumalya Ghosh, Sankar Ghose, Jayati Saha, Sreeranj Sreedhar, Suresh Naganathan and Aniruddha Guha Sarkar. The photographers are based in different parts of country. Their goal is to ‘showcase life as it happens in our surroundings’. It conducts workshops and online mentorships to encourage talent.

In-Street’s manifesto states – ‘We share a common passion – walking the streets and ‘see’ing the seemingly common life around us in different, unusual and original ways.’ It happened when the photographers – Sreeranj Sreedhar, Sankar Ghose, Jayati Saha, Aniruddha Guha Sarkar and Suresh Naganathan – turned their cameras inwards, to their ‘new and confined world’.

A guiding principal of street photography is finding the unusual in an everyday sight, which they adapted to photography indoors. The camera alternates between being unobtrusive and omnipresent. The lockdown experience – confinement and restriction – changed perception of the space where ‘stories’ are found. Home became the work space as the camera zoomed in on the people in it. As perceptions changed – of home, space and subjects – the photographs became a chronicle of state of mind.

The photographers speak about what the project meant.

“Yes, typically home is a safe place. Due to the lockdown we are staying with our close ones, definitely a good thing. But at the same time my perception about a safe place changed with the onset of a wide range of thoughts, feelings and reactions including stress, anxiety, restlessness…,” says the Kolkata-based Ghose. His series of photos, a play of light and shadow, communicates the anxiety and loneliness of being confined. His sparing use of light reinforces the uncertainty of the lockdown. “Initially I was just shooting based on my feelings about the place. Then the story board came naturally to my mind. I used light sparingly to suggest darkness, emptiness and uncertainty,” he says.

The images were part staged and part organic. “For the first one month I didn’t feel like shooting at all. Then gradually I started shooting and followed my instinct. Unknowingly I started capturing my feelings about my surroundings. It was full of anxiety, fear, restlessness and emptiness. So, mostly the development was organic. Later I included a few suggestive elements like masks, gloves, red light source among others to develop my narrative.”

“I have always enjoyed working at home. I have been shooting my family for years. Creating memories of my loved ones is one of the central reasons why I take pictures,” the Mumbai-based photographer says. The limited space, while working from home, pushed him to get more creative with his photography. “Although I have shot at home in the past, this is the first time that home has been my only source of stories for such a long period of time. I experimented with flash, with diptychs. On the other hand, being confined to such a small space for so long has also been difficult, especially when it comes to bring more variety in my shots.”

An image by Suresh Naganathan

The sense of discomfort and disruption in the images was not conscious. He says, “Although, this was not something that I sought consciously, I believe that these images are definitely a reflection of my state of mind. Somehow, the horror of what’s happening in the world translated into my pictures.” Since the light in his house gets better around mid-afternoon, he began using the flash for extra light. When he, later, reviewed the images he noticed many were thematically unified. “A horror story started forming organically from them. All the images are candid; they are moments I grabbed from daily life,” he says.

The series, In Street Collective’s Lockdown Project, came about as resistance that creativity cannot be locked down. “We wanted to express our creativity, while staying at home. Whatever the situation, creativity shouldn’t suffer and this project shows that it didn’t or doesn’t have to,” says Sreeranj, based in Guruvayoor, Kerala. He chronicled lockdown life through the eyes of his pet dog, Ringo (‘the Golden boy’). The photos communicate its joy in seeing the family at home. “For a street photographer the outdoor means a lot, being at home is a limitation. But within the space that we are in right now we are trying to document the moments at home using the principles of street photography. Where you are doesn’t matter,” he says. Most of the images came about organically. An image from Sreeranj Sreedhar’s series of photographs

He says, “None of my photographs is staged, they capture candid moments of life as it happens.” He also got more interested in different approaches to translate the mood via photographs.

While most of the other images in the slide presentation communicate a sense of discomfort, Jayati Saha’s images are comforting, almost happy. She got to spend the lockdown with her aged parents. 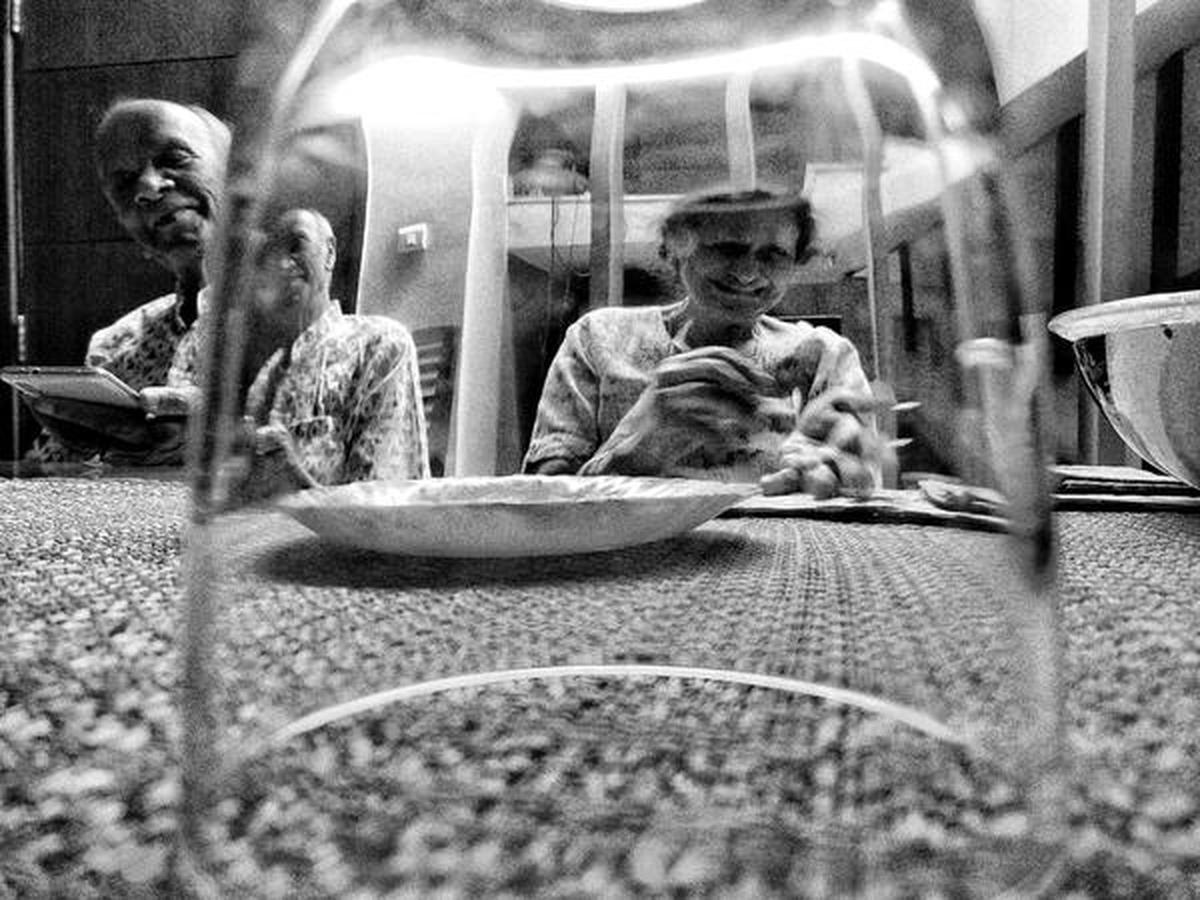 “We were together for several weeks, after a very long time, sharing daily life. Many experiences of the past were re-lived, though roles were reversed – I was looking after them and they were seeking my support. They were like my children! This must have calmed me and that tranquillity may have found expression in my frames. It could be creativity that sprouts from peace, both physically and mentally,” says the Kolkata-based photographer.

With his images Delhi-based Guha Sarkar pans the camera on his domestic help as the 19 year-old goes about her chores and studies. He says, “She is keen on her studies (instead of getting married early) and puts in effort to become self-reliant.” She stays with the family, which treats her as one of them and ensures that she gets an education. One gets a sense of the girl’s day, with her mobile phone featuring in some – a vital means of staying in touch with her home. 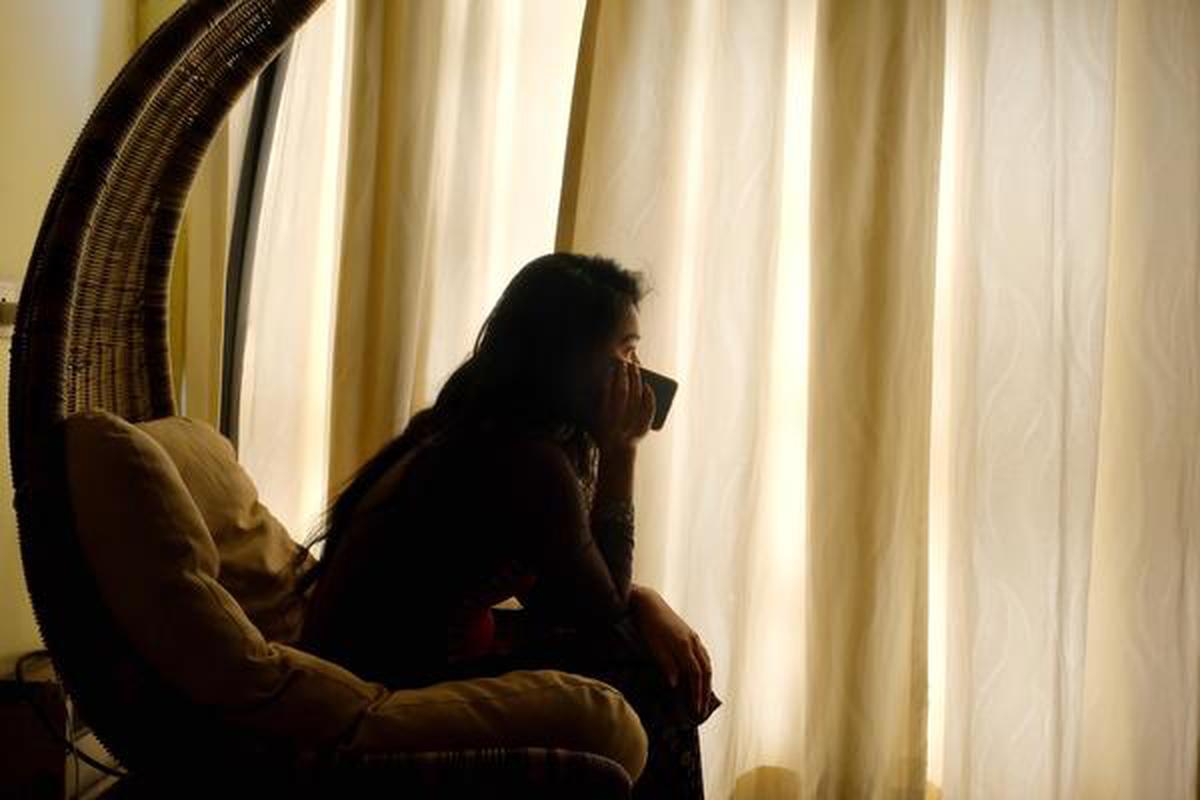 An image from Aniruddha Guha Sarkar’s photographs for the project