Home ENTERTAINMENT Music The music of the movies

“My life has been about making movie music for the last 25 years,” says composer Sandeep Chowta.

His latest album, From the Cinematic Vault Vol. 8, is the 15th one released under his label Namma Music: it features Tom Schuman of the Grammy-nominated jazz fusion band Spyro Gyra, and Sujay Harthi, vocalist of Bengaluru-based pop/rock band Peepal Tree, on a track called ‘The Lament’.

True to the album title, each of the seven tracks conjure up specific imagery from the movies.

For example, listen to ‘Mutiny’ and you would be hard pressed not to think of an epic battle scene.

Says Sandeep, “Every two months or so, I put out an album that is basically in the cinematic genre. Many pieces of music that I want in a movie would never make it. There would be sketches which were not complete or just little skeletons. I decided that instead of being upset, I would just put out this music.”

Adding that the “cinematic sound comes very naturally” to him, and that is the reason he has been able to put out eight volumes in seven months, he says, “It normally works in the reverse when you’re working on a film, because you are given a situation and then you work towards it. This is basically like a canvas that I have of chords and then I build on it.”

On whether he has any favourite movie soundtracks to recommend, Sandeep says, “If I were asked this 10 years ago, I would have had a different set of albums. But now I think I would name composers rather than films. You have to listen to John Williams to hear his evolution. He is a great pianist and his range from Star Wars to Catch Me If You Can is incredible.

“Ennio Morricone, who just passed away, is another great composer. Hans Zimmer (The Dark Knight), who is ruling the scene right now, is incredible as are Harry Gregson-Williams (The Martian) and Alexander Desplat (The Shape of Water). But Bernard Herrmann (the man behind Psycho’s iconic score), John Williams, and Jerry Goldsmith (Planet of the Apes) are the ones that I grew up listening to, so they would still be right on top for me.”

Sandeep has a bunch of albums coming out: “There’s one project by the name of AO Music which has some fantastic musicians. I’ve been working with them for nearly seven years now. We put out an album every two years, and will be putting out one again this year. It features Varijashree Venugopal from Bengaluru who is a phenomenal vocalist and flute player. I have partnered with a great guitar player, Alwyn Fernandez, to do the score for Ranchi and I’m also doing the score for a Hindi film.”

As for whether enough importance is given to background score in films, he says, “I used to say it’s a thankless job, but I believe right now with OTT platforms, there will be enough work for all of us.”

Though he believes that it is getting its due in some places now he adds, “Nobody really asks about the background score. I was lucky because I had Satya and Company. Unless the director also has a big role to play in giving the score a foreground kind of position in the film, you may never hear it.”

The album is available on all major streaming platforms. 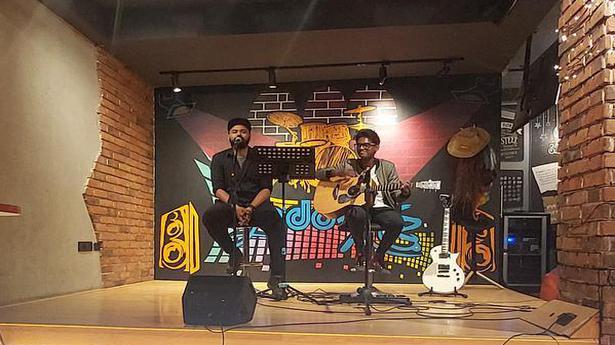