Theatre can also make you rich and famous: Abhishek Pattnaik 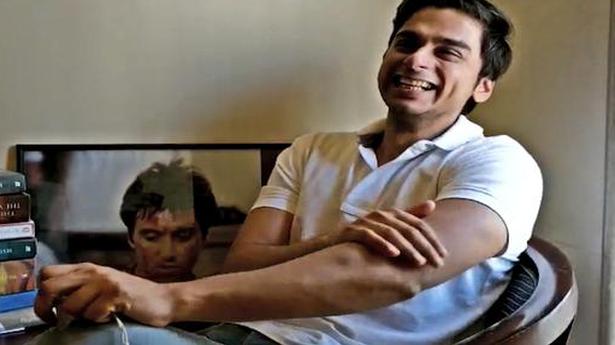 Abhishek Pattnaik describes himself as “A writer by choice, an actor by profession and a producer by chance.” This is as accurate an assessment as can be of his decade-long theatre career with Out Of The Box Productions, the group he co-founded.

When fresh out of college, Abhishek and his associates, Suketu Shah and Murtuza Kutianawala, all management graduates, decided that they would make a living out of theatre, in spite of having no background of the stage, and no idea how a theatre company functioned.

The three started their group, by pooling in Rs 20,000 each, taken from their parents. “We did not want to rely on anyone else, which is why I say I became a producer by chance. My dad was okay with my choice of career; he said, you must have either purpose or passion — we chose passion. So, we took the call to work together — Suketu and I are still at it, Murtuza went on to start his own YouTube company.”

Abhishek says he wrote what he was experiencing. His first play, ‘Little Did They Know,’ was a comedy about a group of amateurs trying to make it in the theatre industry, which reflected their own struggles and goofs.

“I was willing to learn, so when my mentor, Uma Narayan told me that to be able to write well, I had to read, and gave me a bunch of plays. What she said made a lot of sense, so I started reading. I also started watching a lot of plays — every evening, I would make my way to a theatre to see a play all by myself, meet and observe people. After we managed to stage three plays, without knowing how to build a team or market a play, we decided that we had to work with dedication and understanding. It is one thing to work for fun, it is quite another when people pay to see your work. We cannot take them for granted. That needs a different level of commitment. We had to get more content driven for the audience to enjoy our plays. I am comfortable with comedy, I enjoy writing it and humour is the best medium to build a base. I think our plots are like movies, then I visualise how it will look on stage”

Right from the start, Abhishek and his partners put their management training to good use, by getting sponsors. “We just went and met people and impressed them with our presentations. Also, we were young and sponsors caught on to our energy.”

The first two productions made losses and Abhishek looks at that as the experience they needed. “When you face a little hardship, you value things more,” he says.

The turnaround came with ‘Two Adorable Losers’, that put their fledgling company on the road to success. Surprisingly, the play was a simple comedy about a professor who suffers from low self-esteem because of his pronounced Oriya accent. He seeks help from one of his students, helping him cope with statistics in return. Abhishek, who was in his mid-twenties thenplayed the 52-year-old Jagannath Mahapatra, with an authentic Oriya accent, which he had picked on visits to his home town in Odisha. “The play had no set, no glamour, no music but it changed everything for us.”

With this play, OOTB started travelling, performing in India abroad. They learnt more about theatre management and marketing than they would have at an institute.

The group has grown steadily, done bigger productions with known names like Darsheel Safary, Rakesh Bedi, Ananth Mahadevan and Joy Sengupta. Meanwhile, Abhishek got better as an actor, showing off his skills in the play ‘Kaise Karenge?’ in which he played a character with multiple personality disorder.

“We work on running our productions like it is a day job. Now we have a core team of seven, and the average age is 23. We take on summer interns every year, so that we can pass on some of our experience to them. We are growing stronger as a team, gaining maturity as we go along. We are like a family and enjoy ourselves; there is some discipline too, like no ice-cream a day before the show. Every show is a high for us and we are our own biggest critics. We never come out of a performance saying ‘Good show guys.’ If it is good, we know; over dinner we talk about what could have been better.

“After one of our shows, a compere said that people do TV to get rich, films to get famous and theatre to learn. Then I took the mike and said that if done properly, theatre can also make you rich and famous. Now I have to live up to it,” says Abhishek.