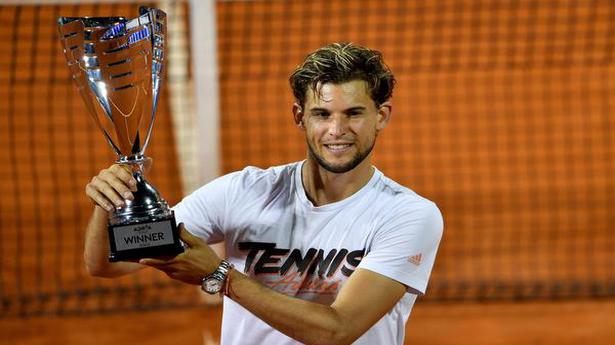 World No. 3 Dominic Thiem has acknowledged tennis players at the ill-fated Adria Tour made “a mistake” after Novak Djokovic and three other participants contracted coronavirus.

Thiem took part in the Belgrade leg of the exhibition event organised by Djokovic where social distancing was minimal and matches were played in front of thousands of fans.

Thiem, who left for an exhibition tournament in France after Belgrade, says he has tested negative five times since leaving the Balkans.

“We put our confidence in the Serbian government’s coronavirus rules, but we were too optimistic,” he wrote on social media.

“Our behaviour was a mistake, we displayed too much euphoria, I am extremely sorry.”

He put this exuberance down to playing in front of fans for the first time “in weeks”.

“I’ve been tested five times in the past 10 days and each time it was negative,” he added.

Previous articleI’ll be the filter: Rajesh Pratap Singh on being named the creative director of Satya Paul
Next articleWith the second quarter almost over, what companies earned is anyone’s guess