‘Threads of Change’ – Lessons in sustainable fashion taught on campus 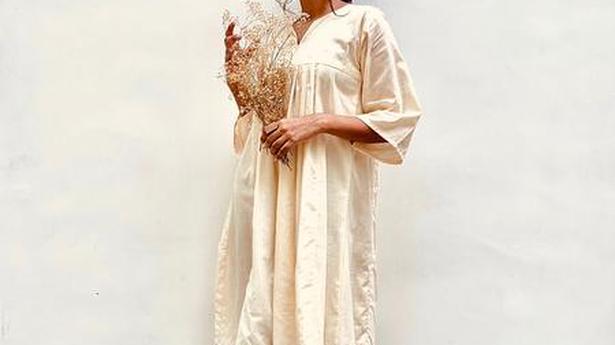 Fashion design student Elizabeth Nelson carries off the off-white tunic effortlessly, with two accessories – a mask and a hand bag. She designed the garment has part of a sustainability project for St. Teresa’s College, where she is a pursuing a postgraduate degree in fashion design. It comes as a surprise when she says it used to be her father’s old mundu.

She along with 18 other students, of the Fashion Design department of St. Teresa’s College, were asked to up-cycle garments for an environment day project, ‘Nature Heals Itself’, they excitedly agreed. It was an interesting activity for the lockdown, something to keep them busy, creatively. Over the next three weeks old saris, unused and damaged garments got a second chance – they became dresses, skirts, overcoats, pinafores, handbags, ear pieces and, of course masks.

Sana KP, a student of the college, in an upcycled garment designed by her
| Photo Credit:
Special Arrangement

This was part of the college’s sustainability project, Mattathinte Noolizha, and was put together by its Department of Fashion Technology and Bhoomitra Sena Club (its nature club) in association with the Haritha Keralam Mission. Haritha Keralam is a Kerala State government initiative which, among other things, works towards eco-friendly and sustainable waste management practices.

Each student was asked to record the entire process on video – from ideation to execution – which was then edited and collated into a video that was uploaded on YouTube. The video was uploaded on the college’s YouTube handle on June 10. “Once we heard the concept – sustainable fashion – we were all keyed up,” says Elizabeth, who is in the final year of her post graduate degree in fashion design.

The project works with departments across the college including the Women Studies Centre and the Department of Communicative English. The first in its series of projects was the #handmedownchallenge, as part of which the students were asked to give a used garment to friend.

In one of the #handmedown challenges for students, uploaded on YouTube, students handed down/upcycled a black t-shirt. “The aim is to cut down the consumption of textile; fabric is one of the greatest polluters as we all know,” says Nirmala Padmanabhan, the co-ordinator of the project. 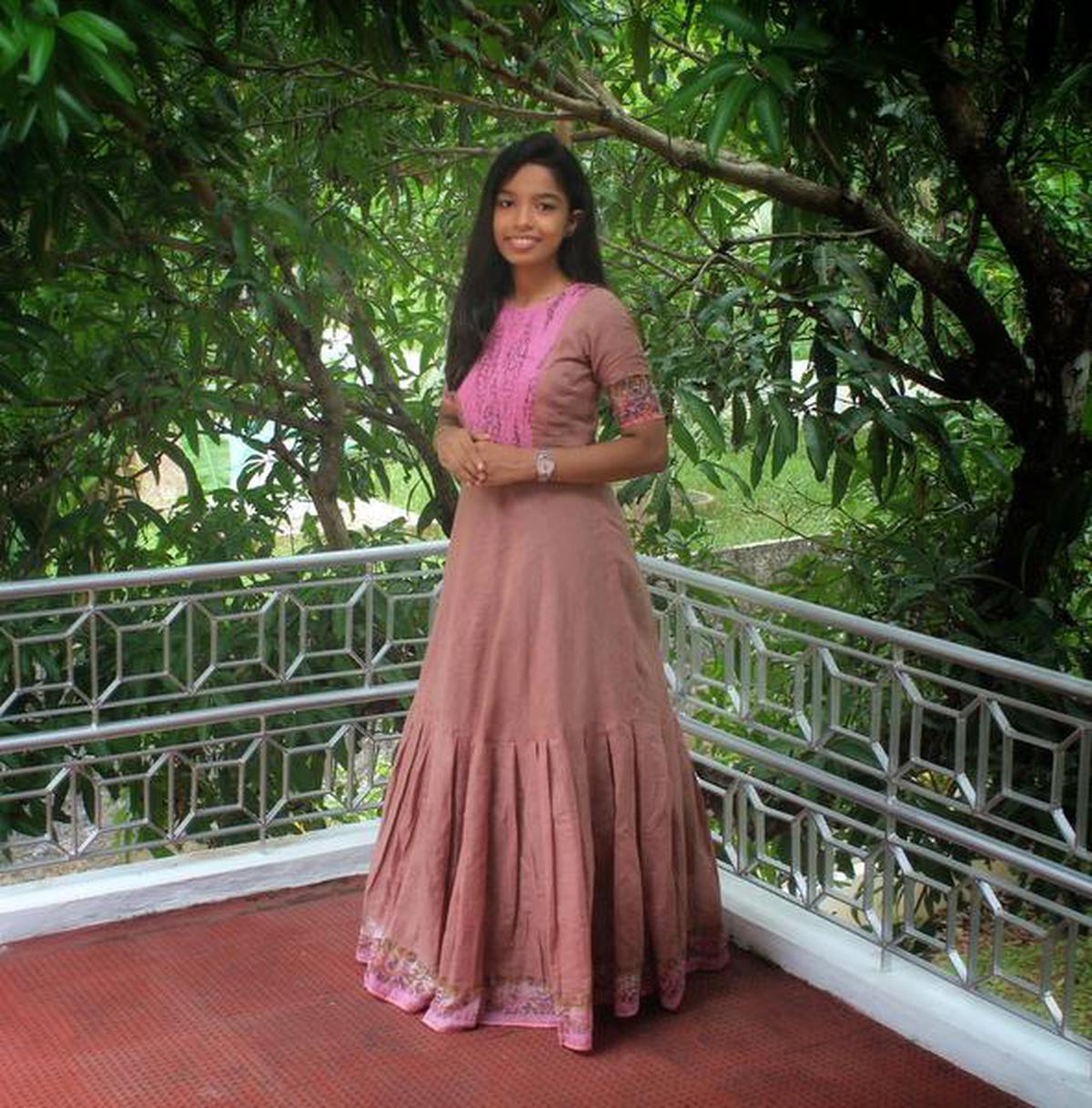 Bessy Roy, a student of the college, in an upcycled garment designed by her
| Photo Credit:
Special Arrangement

“With this project we aim to create awareness about mindless consumption of textiles and fashion,” says Padmanabhan. “We want the students to take pride in repeating garments, rather than buying new clothes and we hope they spread the word among their peers,” she says. The Women’s Study Centre has been uploading short upcycling videos on YouTube. “Haritha Keralam, on assessing the response here, will implement the project in campuses across the State,” Padmanabhan said.

“This is the first step, we will re-purpose fabric and garments into items such as table mats, cushion covers and table cloths,” says Elizabeth. As part of the project, there are plans to start a sustainability consultancy in association with the fashion design department. “The fashion design department will be equipped to help people up-cycle garments making up-cycling easier and possible,” Padmanabhan says.

Previous articleViolin is the star of this quarantine playlist by Shravan Sridhar
Next articleThird quake in Mizoram in two days, fact finding team heads to epicentre

ABOUT US
We’re impartial, independent & every day we create distinctive world-class programmes & content which inform educate millions of people around the world "World News Xpress" provide you with the latest breaking news, videos and much more..
Contact us: [email protected]ldnewsxpress.com
FOLLOW US
© Powered by WorldNewsXpress 2020
Live Updates COVID-19 CASES