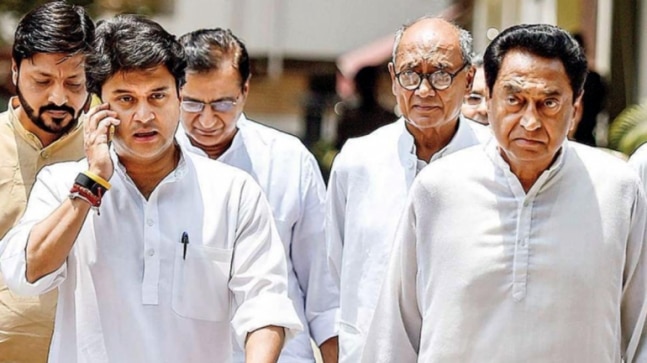 The political discourse in Madhya Pradesh in the last 24 hours, following the much awaited cabinet expansion, has revolved around mostly ferocious wild animals such as tigers and birds of prey, their instincts, traits and characteristics.

It so happens that Madhya Pradesh is a wildlife rich state with nearly 30 percent of its area covered in forests. Wild animals are not alien to communities living in Madhya Pradesh.

Jyotiraditya Scindia named former CMs Kamal Nath and Digvijaya Singh in a speech at the BJP office on Thursday while reminding them with this line that he is still around and powerful.

To be fair, CM Shivraj Singh Chouhan had first used the line in 2019 while he was in the Opposition against the Kamal Nath government. Shivraj Chouhan, while consoling a victim of a tragedy who he claimed had been shortchanged by the then Congress government, had used the line for himself and it had stuck with him.

Many in the state attempted to link the statement by Jyotiraditya Scindia to the ongoing political tussle within the BJP which led to a massive delay in the cabinet formation. The general consensus is that Scindia emerged victorious, getting ‘a lion’s share’ in the cabinet while Shivraj Singh Chouhan could not get his loyalists in.

Scindia’s comment on Thursday led to a flurry of responses by the Congress, prompting Congress leaders to take a crash course in the “tiger behaviour”. State Congress media in-charge Narendra Saluja claimed he read up on the tiger on Wikipedia and issued a note on the traits of a tiger, point-wise.

Saluja, who temporarily turned into a wildlife biologist, claimed the tigers had come from China, tigers are solitary and therefore lonely, tigers usually attack their prey from behind, on an average one out of twenty attempts by a tiger at hunting is successful and that a tiger is easily exhausted.

On Friday morning, former CM Digvijaya Singh who had been challenged by Scindia in his speech tweeted, “When there was no ban on hunting, late Madhavrao Scindia and I used to hunt tigers. After Indira Gandhi brought in the Wildlife Protection Act, 1972, I have only been photographing tigers,” he said. Digvijaya’s comeback to Jyotiraditya Scindia was meant to remind him that he was his father’s contemporary and had hunted the animal Jyotiraditya was claiming to be. Late Madhavrao Scindia was an avowed sportsman and considered a very good shot too.

A few hours later, Digvijaya Singh, through another tweet pointed out that the tiger was a territorial animal, and the presence of more than one tiger in a forest lead to a territorial fight that often led to the death of one of them. Digvijaya Singh’s reference was to both Scindia and Chouhan claiming to be tigers.

Chairperson of the state OBC Commission and Congress leader JP Dhanopia said that the tiger is an aggressive animal and those claiming to be a tiger, exhibit the same traits in politics and cannot be pro-people.

Congress, on the other hand, released a video where the party spokesperson dubbed the situation in MP to a ‘jungle raaj’, claiming that a peaceful place ruled by a tiger will turn into a lawless one. He blamed the BJP government for rise in atrocities against women and other crimes.

By Friday afternoon, the discussion moved on to other species from the tiger. Jyotiraditya Scindia, while speaking at a virtual rally organized by the BJP, said that there are many cheels (eagles, falcons or any bird of prey) around and they have been attacking him, adding that only those who have some meat, are attacked by birds of prey.

But what of the tigers that are being discussed? While it is true, MP was adjudged the state with the highest tiger numbers in the country. Nearly 30 tigers died in Madhya Pradesh in 2019. Will the parties clashing over wildlife accord it the same importance in their schemes? That is something that remains to be seen.