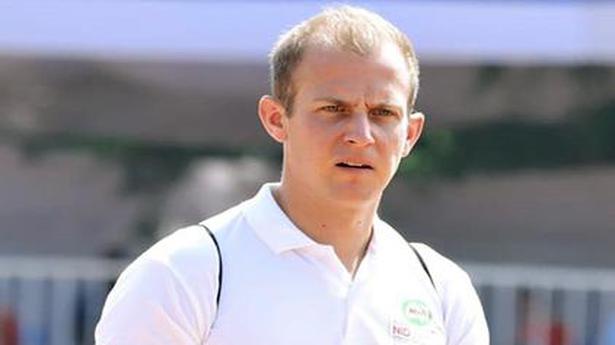 For almost the whole of last year, India’s preparations in athletics for the 2020 Tokyo Olympics seemed riddled with problems. Confirmation of these fears came at the 2019 Asian championships in Doha, where the country could win just two golds compared to eight at the Jakarta Asian Games just eight months earlier.

“Both of them were in very good shape, they could have come up with very good results this year. But they will be a year older and since they are very young, I believe they might be able to do even better in 2021,” said the German in a chat with The Hindu from Patiala.

“We have a very young team, which I think is a huge plus. Hopefully, the pandemic will be over soon and we hope to conduct a few competitions by the end of September or October. I think they will start the international season by April or May next year. We have one year to prepare, so this postponement is actually an advantage for us,” he said.

And, it’s not just the two top stars who stand to gain.

“In the 400m group, we have Hima Das, Anjali Devi and Vismaya, we have some young boys like Amoj Jacob, A. Dharun and 400m hurdler Jabir… several of our athletes are actually below the age of 24-25, which means they have at least one Olympic cycle to show what they are capable of.

“And Neeraj is not the only javelin thrower. We have Shivpal Yadav who is 25, we have Rohit Yadav who is 19.”

“We have a very young 4x100m women’s team which has a chance to qualify for the Olympics and we have a couple of distance runners like Lili Das. The more experienced athletes are Poovamma and the men’s 400m runners Muhammed Anas and Arokia Rajiv and middle-distance runner Jinson Johnson.

Apart from that, most of our athletes are young so they will not only have a chance to compete in 2021 but in 2024 as well,” he said.

However, Herrmann felt that expecting an Olympic medal from Neeraj next year could put too much pressure on the youngster.

“Competition in javelin is very tough, there are a couple of throwers who are capable of going over 90m. Neeraj is definitely one of them. He has the potential. At the same time, it will also be his first Olympics. Often young athletes need to get one Olympic cycle. I don’t want to pressurise him.

I think it’s better for him to aim for the final and if you’re among the top eight, anything can happen. But I don’t want to say that Neeraj will win a medal, that’s a bit too early. Of course, we will all be happy if he does. But I think that should be his goal for 2024,” Herrmann said.

Previous articleStokes to test skills at virtual Esports GP
Next articleDrama during COVID-19: How theatre is going online